Who are Americans for Prosperity or American Future Fund? They and other interest groups spend millions of dollars in our elections. I am examining how their ads persuade voters differently than candidates' ads. This study seeks to clarify the power and influence of interest group advertising on voter preferences. This project questions the extent to which political advertising affects congressional elections and has implications for limiting campaign expenditures and interest group influence.

This project seeks to address how interest groups are playing an increasing role in our elections. Interest group advertising represents a new phenomenon with implications for campaign finance and public policy, and little previous research. We currently have little information on how large or small of a persuasive effect these groups are having on our elections. Voters often have little information about their congressional candidates and so the information they glean from advertising becomes that much more relevant and important to their vote choice. This project measures the new and growing power of interest groups in determining electoral outcomes and the influence of money in our democracy.

All funds go directly to survey respondents and associated fees with the survey company. The surveys will be conducted on Amazon's Mechanical Turk platform, where I have had success in the past with multiple surveys. I will survey 1,200 voters in each survey.

I will conduct the experiment twice to demonstrate that the results replicate with an independent set of respondents and advertisements to ensure no single-ad phenomenon is responsible for my results.

David's project addresses a very important and timely question regarding the effectiveness of a specific type of campaign advertising that we know very little about. This cost effective project would provide much needed insight on the increasingly significant role that non-party sponsors play in the US elections process. 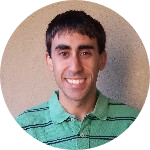 I am a Ph.D. candidate in Political Science at the University of California, San Diego. My research centers on political communications, political behavior, congressional elections, as well as issues race and ethnicity. My dissertation focuses on the persuasive impact of television advertising in congressional elections. My work focuses on understanding the underlying mechanisms and effects of campaigns on voter behavior. I employ a combination of survey and experimental methodologies to help answer these questions.

2 Lab Notes Posted
Take My Survey!
Who Would You Vote For?