Climate change is expected to have impacts on biodiversity worldwide. Many species will be faced with a choice: move to track shifting climate conditions, or try to adapt to shifting conditions. But what about animals that are poor dispersers, such as turtles? Our aim is to investigate this question using two turtle species in Wisconsin. By using genomic methods and existing genetic data, we hope to determine if turtles have enough variation in adaptive genes to respond to climate change.

As cold-blooded creatures, turtles are highly sensitive to ambient temperatures, and for many species hotter climates may result in partial or complete loss of suitable habitat. Incubation temperatures also determine hatchling sex in most turtle species, and small increases in temperature can dramatically skew population sex ratios. Since turtles reproduce slowly and cannot move long distances to track suitable habitat, existing genetic variation may determine their ability to adapt to climate change. We aim to investigate how genetic variation in adaptive genes may vary throughout the state of Wisconsin for two species (Blanding's and Snapping Turtles) in order to inform conservation for these species.

69% of turtle species worldwide are listed on the IUCN Red List, with one of our target species (Blanding's Turtle) categorized as Endangered. Few studies have investigated variability in potentially adaptive genes across co-occurring species, and this project would represent the first attempt to do so for turtles. Results of this study will provide valuable information about the potential for turtles to respond to climate change. In addition, this project will identify regions harboring the most adaptive genetic variation, which can then be used to design protected areas. This research will provide a framework for investigating adaptive variability in other reptiles and predicting climate-related changes in this variability.

Using genetic samples collected throughout Wisconsin, we will create Genotype-by-Sequencing (GBS) libraries that contain fragments of genomic DNA for both species. We will then use next-generation sequencing methods and standard bioinformatic techniques to identify single nucleotide polymorphisms (SNPs) for each species. From this pool of SNPs, we will identify which polymorphisms show relationships with climate, and we will identify how variability in these SNPs is distributed throughout the state. If funded, this work would begin in late 2016, and likely be finished in Spring 2017. As a stretch goal, we may also investigate targeted genes. By searching the literature and publicly-available genetic databases, we have identified promising candidate genes related to climate.

Since DNA has already been extracted from individual turtles throughout the state, we can invest all of our attention and finances to lab work. Unfortunately, what little research funds we currently have are already committed to other work we are doing on turtle conservation! These budgetary items would cover all lab work needed for this project, and would allow us to create Genotype-by-Sequencing (GBS) libraries for each species and run Next-Generation Sequencing (NGS) for these libraries. We will then use these NGS data to identify informative molecular markers across the genome, which we will then relate to climate conditions within the state.

We've entered an era where genomic data allows us to answer critical questions about species ability to adapt to climate change. This is ground-breaking research for highly threatened species and will go a long way to improving our ability to conserve it for future generations. I'm excited to help this project get off the ground and hope you will be too! Just think how deeply satisfying it is to kayak or canoe in the Midwest, and watch turtles plop into the water. Knowing they are out there, basking in the sun, is enough to make me smile :-) 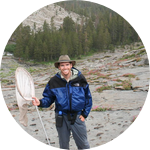 Sean Schoville
Assistant Professor
University of Wisconsin-Madison
The use of modern sequencing methods combined with existing field data provides the promise of some truly innovative results that could change our approach to managing wildlife populations. This team is extremely well-qualified to carry out this research and the budget needed is quite modest. A good possibility of cutting-edge results at a low cost sounds like a winner to me. 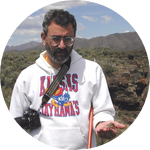 Richard A. Seigel
Professor
Towson University
Understanding the capacity of sensitive species to respond to climate change is an often-understudied but critical research priority. This project addresses this gap in our knowledge in a truly unique way by combining cutting-edge sequencing technologies with extensive field data. I advised Brendan for his PhD work on turtles in Wisconsin, and Nathan is continuing Brendan's work in my lab. I truly believe that they have what it takes to get this research off the ground. I am excited to endorse this project, and hope you support it! 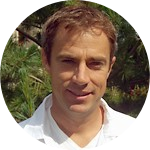 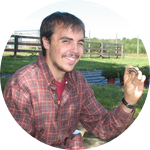 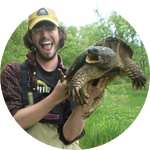 Hi there! My name is Nathan Byer, and I am a PhD student at UW-Madison. I work at the intersection between ecology and conservation biology to develop conservation strategies to protect sensitive species. I leverage statistics, geospatial techniques, ecology, population biology, and genetics to confront the most troublesome threats to biodiversity today - human-caused land use alterations and climate change. To this end, my PhD dissertation focuses on how land use and climate change may impact population persistence, genetic diversity, and behavior for a group of organisms that may be particularly sensitive to environmental change - turtles!

Although turtles are often understudied, they have several fascinating characteristics - such as their long lives, low reproductive output, and cold-blooded lifestyle - that make them particularly vulnerable and slow to respond to environmental change. Throughout my career, I have worked on a wide variety of turtle species and conservation-minded research questions. For my Master's thesis in Dr. Richard Seigel's lab at Towson University, I studied the nesting ecology of the Bog Turtle (Glyptemys muhlenbergii ), a federally-listed freshwater turtle and possibly one of the most vulnerable reptiles in the country. Other projects that I have worked on include: assessing the impacts of a large dam on the Map Turtle; documenting population trends for turtles at Patuxent National Wildlife Refuge; and determining the impacts of a highway project on the Eastern Box Turtle.

For more information on my work, you can access the following links:

Thank you for your interest, and please let me know if you have any questions!

After working closely with Wisconsin turtles for my PhD at UW-Madison, I am now a Gerstner Postdoctoral Fellow at the American Museum of Natural History (AMNH). My work at the AMNH uses distribution modeling and genetic data to identify how species forming the diverse North American turtle community responded to climate warming after the Last Glacial Maximum. I am particularly interested in how past events and species traits have shaped current patterns of geographic distribution and genetic variation, and how past responses can predict current adaptive capacity.