Cities are the fastest expanding habitat in the world, which significantly changed the plant diversity around the world. Being dominated by human beings, socio-economic factors influence plant diversity considerably. One aspect is the so-called "luxury effect" that wealthier neighborhoods have higher biodiversity. The reason for that includes that wealthier people can afford more expensive decorative plants, or wealthier people choose to live in the areas with higher biodiversity where the land prices are usually higher.

Although the research on this topic has increased considerably over the decades, our knowledge on the mechanism of urban biodiversity is limited, especially in Asian cities.

Taking Kyoto as a case study, the program can contribute to closing the research gap that fewer studies on the mechanism behind urban plant diversity have been conducted for Asian cities than that for American and European cities. Moreover, many previous researches only considered species richness. In this study, a more detailed investigation is conducted, in which other than number of species, other plant data (like height, diameter) is also documented that functional diversity can be analyzed.

Secondly, from the perspective of conservation, this study can provide useful advice for urban ecology management to achieve the global biodiversity conservation, improve human wellbeing, and reduce environmental inequalities.

To depict the urban plant diversity, 200 400-square-meter plots are established using a stratified sampling method based on different land use. In each plot, we document the plant data (like species name, height, diameter, canopy) and plot data (like permeable surface, socio-economic status). And clustering analysis will be applied to see if the plant diversity is similar to one another within the same attribute like land use.

Then the impacts of socio-economic status on urban plant diversity will be further analyzed using a multi-regression model, to exam if the wealthier neighborhoods in a city have higher biodiversity.

The outcome of the study is intended to be a plant map of Kyoto city, a research article, and a report for decision makers.

Map Data: To purchase base maps from Kyoto Society of Architects and Building Engineers used for plot establishment. 200 plots are established using a stratified sampling method based on different land use.

Transportation: To cover the transportation cost for the field investigation of the plots too far away from my place in Kyoto city (at about $8 every day). As for the plots within 8 kilometers, I will go there by bike.

Field Assistant Hiring: A local assistant will be hired to help me in field investigation and language barrier at about $37/day for 20 days).

Questionnaire Survey: To get the socio-economic status data, 100 households located within the plots of residential area are selected randomly, a questionnaire on socio-economic status (e.g., household size, yearly average income, etc.) will be distributed to them. And to incentivize their feedback, a little gift worth about 4.25 from Kyoto University (like a badge or a folder) will be prepared for each interviewee.

I am really glad to hear about this project. I believe it will be expected the wonderful results. This researcher is the best person to do this research. 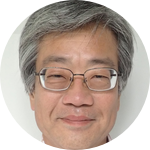 Data collection: the investigation of the 200 plots will be finished by the end of 2019.

I plan to publish the results of this study in a research article, and share the results with backers through lab notes on Experiment.com. 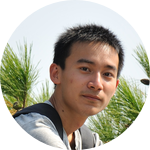 Because of my passion for the environment and conservation, I spend my time researching urban ecology. I focused on researching the environmental impacts of energy and water during my Master's degree. Now for my Ph.D. I am focused on urban biodiversity and ecosystem services. During my Master's, I published 4 SCI research articles as the first author.

On the side, I have launched or participated in several environmental education programs since my undergraduate days. During the summer of 2014 I served as a part-time research assistant for Shan Shui Conservation Center. I have also served as a conductor of a plant inventory survey at a research institute.

3 Lab Notes Posted
The Financial Report of the Program
References for KUPD
Welcome to KUPD!

In fact, I have started my field investigation this month, beginning from the plots nearby which I can reach by bike. I am now a doctoral student at Kyoto University, so I live in this city. And my scholarship covers my living cost, including house renting and food. But I don't have extra money for research, that's why I came here. And I hope to get help from anyone interested in this program, or goals like biodiversity conservation and green cities.