Mobile phones use electromagnetic radiation in the microwave range. Due to the enormous increase in mobile phone usage worldwide, it is important to determine the effect of mobile phone radiation on human health.

Although previous studies have reported that mobile phone radiation may not have direct mutagenic effect, most of them were performed on individual genes. Due to the advances in next-generation sequencing technology, we now can investigate the mutagenic effect of mobile phone radiation on a global scale, meaning we are able to sequencing all the genes of a human genome to determine if there are any mutations or not.

The main budget item is for next-generation sequencing analysis of human cell line samples, which is critical to the success of our research project. 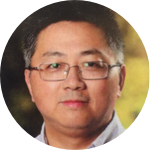 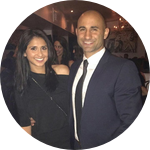 We are studying head/neck cancer and pancreatic cancer using genomics, proteomics and metabolomics, with a focus on understanding the molecular mechanisms of cancer diseases and developing diagnostic/therapeutic applications.

Associate Professor at UCLA Division of Oral Biology and Medicine

EMBA (2016) at the UCLA Anderson School of Management

MS in Oral Biology from Dr. Hu's lab at UCLA

Currently dental student at the School of Dentistry, University of Southern California