Ketamine is a very rapidly-acting and safe antidepressant medication given as an intravenous infusion, during which people may experience a brief dissociative state. Extensive research into the mechanism of ketamine has focused on physical/chemical changes in the brain, but little is known about the therapeutic role of the experience itself. Many describe a sense of profound awe during their treatment, and we want to see if the feeling of awe and antidepressant effects are correlated.

Up to 1/3 of people with major depression may not respond to multiple antidepressant treatment attempts. They suffer severe emotional, social, economic, and medical consequences, and they are at a high risk of suicide. Ketamine, a 50 year old medication, given as a single intravenous infusion, produces dramatic reductions in depression symptoms within hours among those who have been refractory to treatment.

Since 2011, Dr. Levine has treated approximately 400 patients with very promising results, and this treatment is growing in acceptance and availability around the world. What remains unanswered are the aspects of ketamine's diverse mechanism that account for its unique effect. This is particularly timely, as multiple products based upon ketamine's mechanism are now in development.

One question in particular has been the importance of the experience of transient dissociation, a dreamlike state, during an infusion. There has been conflicting data on the association between this perceptual state and antidepressant response, and most of the new products in development seek to eliminate this as an inconvenient side effect.

The exploration of ketamine's effects has focused mainly on a target in the brain called the NMDA receptor and the triggering of events that promote regrowth and healing of the damaging effects of depression. However, ketamine also has anti-inflammatory properties, and measuring markers of inflammation may help predict treatment response. The role of inflammation in depression has been considered and several anti-inflammatory drugs have shown promise.

Recent research has looked at the role of positive emotions in inflammation, and found an association between the experience of awe, an emotion combining dread, veneration, and wonder inspired by the sacred or sublime, and reduced inflammatory markers. Having listened to thousands of accounts of ketamine infusions, patients often give very rich descriptions of their experience, and a sense of awe is commonly reported. However, not everyone will have this experience.

We hypothesize that the experience of awe is positively correlated with antidepressant response. The answer to this question, using a blinded study of 30 subjects and independently measuring depression and awe, has a bearing both on optimizing the effectiveness of this treatment, as well as future antidepressant development.

Clinical research is most typically conducted by physicians working in academia or funded by the pharmaceutical industry. Academic studies are typically funded by grants, and the IRB and other administrative costs are borne by the institution. Industry-sponsored research has the potential of bias. Funding this study in this way allows for truly independent research in a real-world clinical setting that allows for a transparent and rapid sharing of outcomes for public use. If this campaign is successful, it will facilitate answering the important question of this study, precipitate further related research, and, ideally, encourage other independent clinician-researchers.

The stretch goal would be to fund treatment for those in need who are unable to afford it. The cost of a ketamine infusion is $450, so this would provide 10 treatments.

Depression is a major public health problem and unfortunately currently available treatments do not benefit every patient. Hopefully this project will help shed light on who might benefit from ketamine for refractory depression. 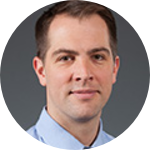 Jerome Graber
MD, MPH
Ketamine is one of the most promising novel treatments for depression to emerge in recent decades. Dr. Levine has extensive experience with this agent and his proposed study can help to answer important questions for the field. This project can help to bring a much-needed new treatment option for depression one step closer to mainstream clinical use. 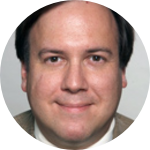 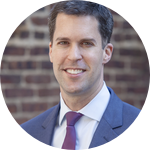 Dr. Levine is a board-certified psychiatrist and an internationally-recognized expert in the use of ketamine for depression. He received an academic scholarship to Tulane University School of Medicine, and then completed internship and residency in psychiatry at New York - Presbyterian Hospital - Weill Cornell Medical Center.

9 Lab Notes Posted
Milestone achieved!
Next Steps
On to the Next Goal!

Let There Be Light

Is Ketamine the Next Big Depression Drug?