The methods for this research proposal build off of methods I’ve used or developed elsewhere.  Firstly, we’ll be filming the rays feeding on several different kinds of prey using a 3D high-speed (i.e. high frame rate) video camera system.  This system allows us to track quick motions of the jaws as these rays protrude, bite, and chew prey.  I recently used this same method to contrast how the jaws are used by one ray, Potamotrygon motoro, as it chews on three kinds of prey: dragonfly larvae, shrimp, and fish.  Fish are soft prey, dragonfly larvae are both tough and compliant, and shrimp are both tough and a little stiffer than insects, since their exoskeleton is mineralized to some extent. 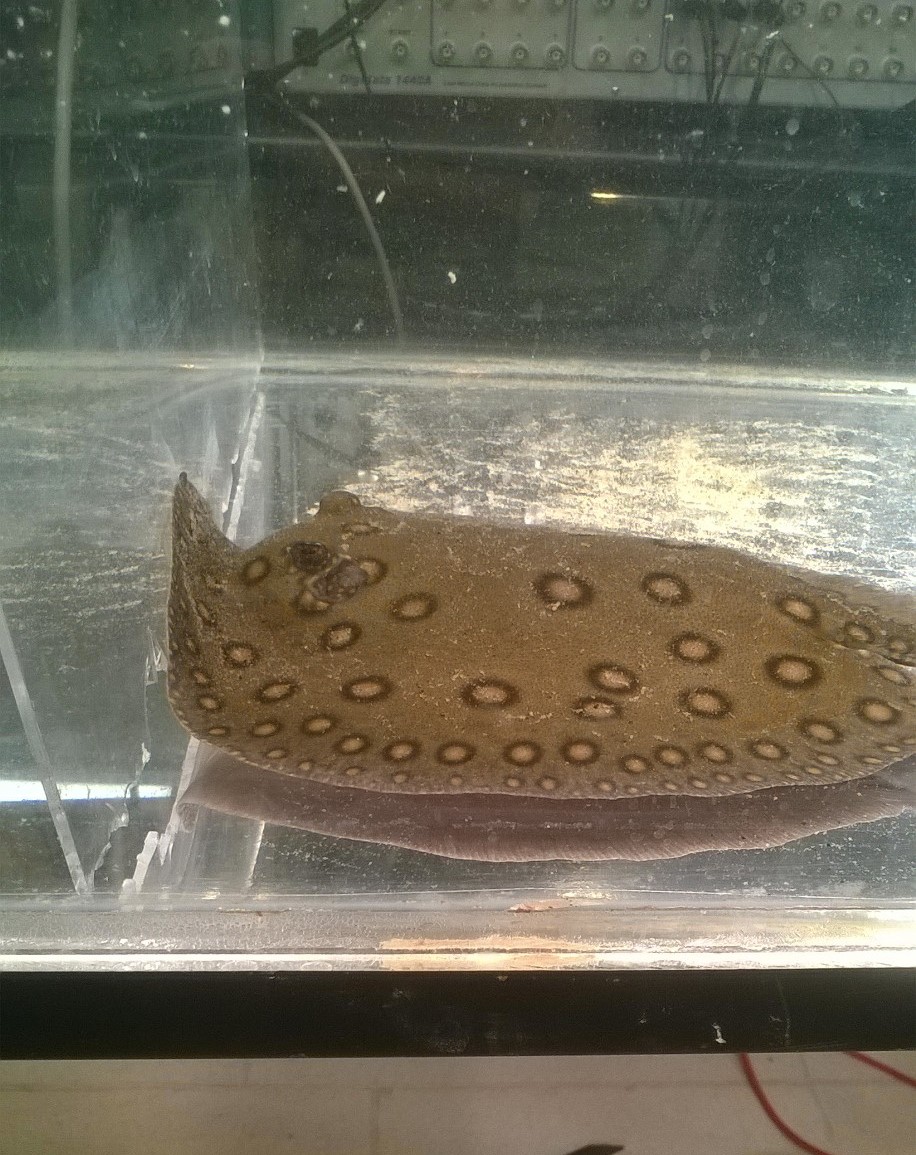 For the proposed project, I want to introduce more mineralized prey like crayfish, and perhaps even snails (high stiffness) to really analyze the diversity of prey these animals feed on, and how prey materials alter predator behavior while feeding. 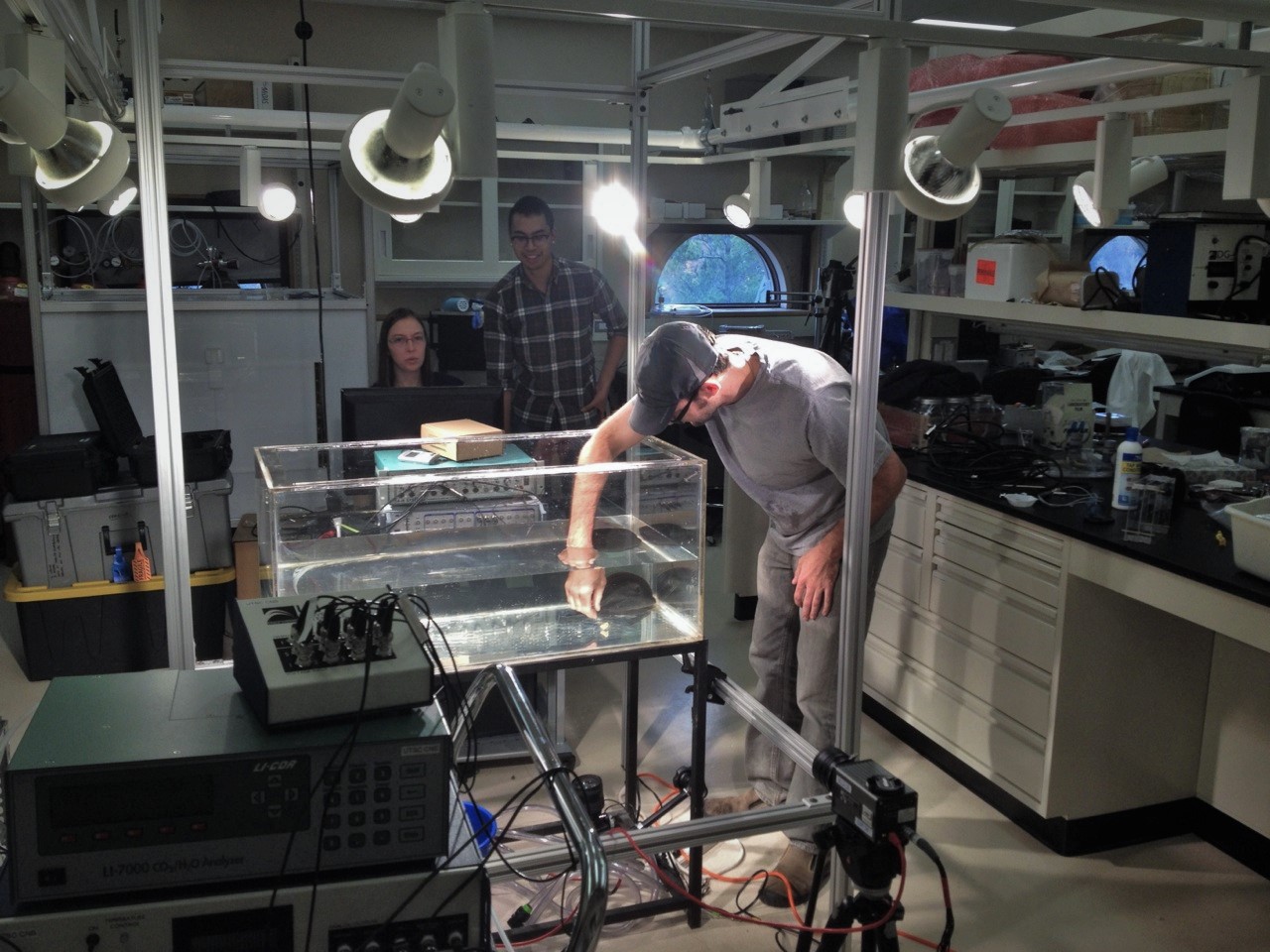 Understanding the motions of the jaws lets us infer how forces are being transferred to prey (i.e., are prey sheared apart or just crushed?).  To gauge the magnitude of these forces, we’ll prompt these rays to bite down on a force transducer-laden ‘bite bar’ which will measure actual compressive biting forces.  I used this sort of set-up for my Master’s thesis work and has been used quite regularly for people studying feeding performance in vertebrates, not just sharks and rays.

The most challenging aspect of this research is catching the rays on a day when they are motivated to perform to the standards we hold them too.  Rays have little respect for the timeliness of research and can be a little moody, truth be told.  So I generally withhold food the day before filming so that the rays are hungry for filming trials.  In general, once the rays have become accustomed to our procedures (sometimes it only takes once) - they are pretty enthusiastic about filming.  After all, how often do we get to sit in a box and be fed as much as we want?  In fact, sometimes the rays get a little too overzealous and end up snatching prey before we have a chance to trigger the cameras. 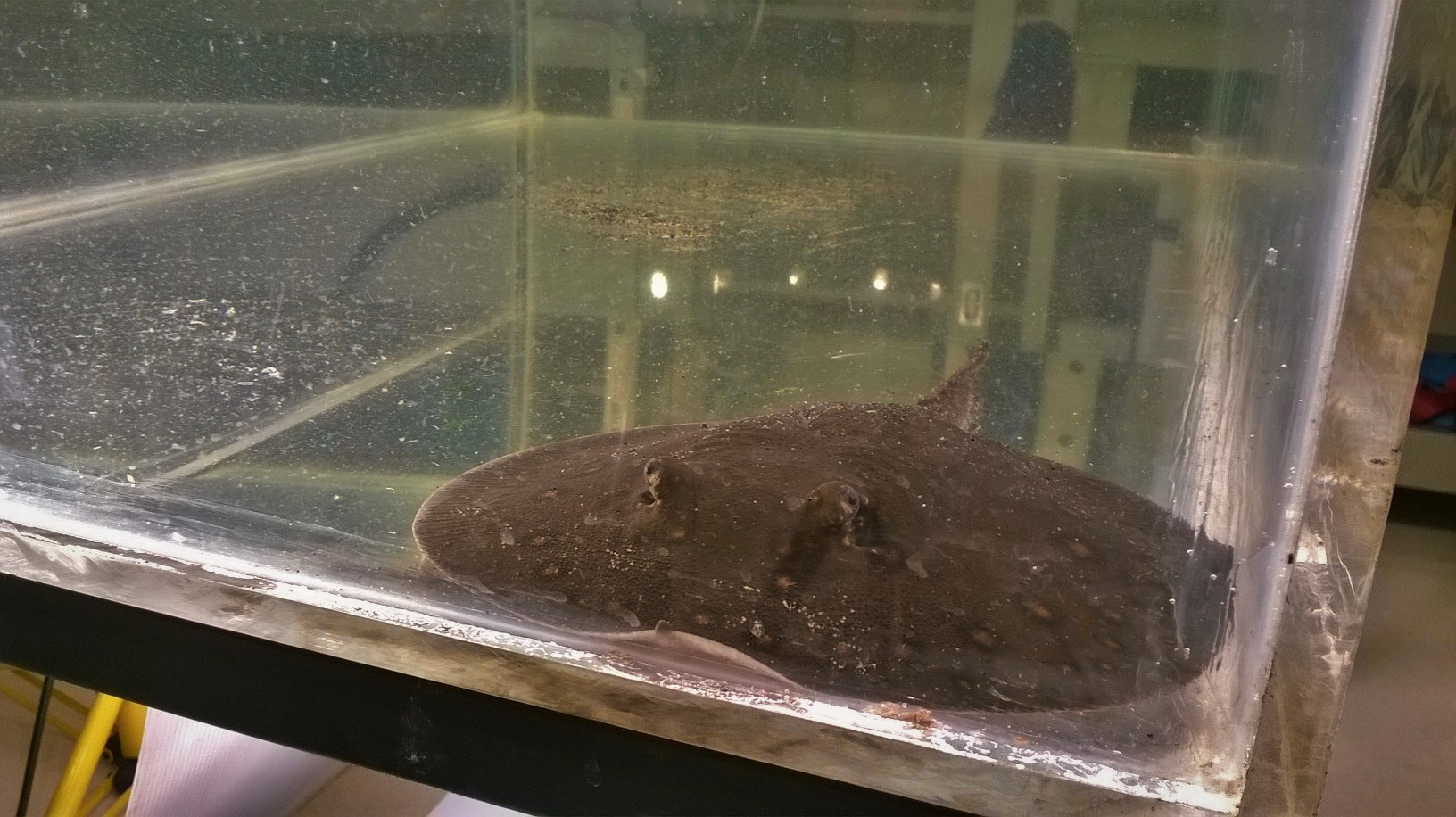 ray is not feeling particularly motivated about science

I digitize the high-speed videos and use motion-capture software and ImageJ to measure motions, angles, velocities, and the general kinematics (movements and timing) of the jaws during feeding.

I use linear mixed models (LMM) and generalized mixed models (GLMM) to explicitly account for how feeding behaviors change between animals, with multiple reportings from the same individuals.  These methods explicitly account for differences within and between individuals, as well as allowing me to test and account for the effect of confounding factors like prey mass or size, as well as time.  I found in some of my doctoral work that, as you'd expect, feeding behaviors change as prey are dismantled throughout the feeding event.  I used GLMMs to model how quickly rays dismantle their prey, how this varies according to prey type, and whether or not the mass of the prey mattered (it doesn't, surprisingly). 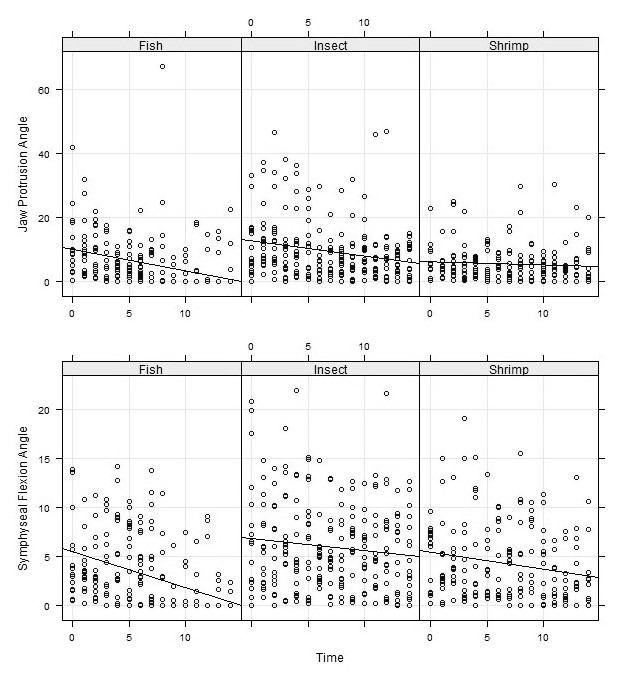