Halophila hawaiiana is a Native Hawaiian seagrass that creates a habitat relied on by many organisms. H. hawaiiana is labeled as vulnerable to stressors likely due to development, invasive species, and pollution. Low leaf density of seagrass in Maunalua Bay compared to other populations of seagrass on Oahu has been observed this is possibly due to marine pollution. This study will measure the effects of ammonium exposure, simulating marine pollution, on H. hawaiiana.

H. hawaiiana on Paikō reef flat in Maunalua Bay is facing environmental stressors inhibiting the seagrass coverage. Paikō in the early 2000s had an invasive algae infestation that reduced seagrass by causing overcrowding and sedimentation of the water column inhibiting the amount of sun able to reach seagrass to keep it alive. Due to the efforts of Malama Maunalua, the water column has cleared up, but the seagrass population has yet to recover from this. In 2018 the state water quality assessment found indications of wastewater leakage. The major stressors of H. hawaiiana have decreased but pollution could be the reason it has struggled to return.

Understanding native ecosystem builders like H. hawaiiana is important and helps us understand what we need to do to protect these rare ecosystems. Considering all the stressors that this seagrass population in Maunalua Bay has been exposed to, having an ongoing assessment is necessary. This project will observe the current seagrass population over ten months. Studies on native organisms, specifically vulnerable species, can save populations, and studying H. hawaiiana maintains the relevance of the organism in the scientific community.

My goal for this project is to give a voice to Native Hawaiian seagrass ecosystems. By studying the negative effects ammonia exposure has on H. hawaiiana and making the research results public there is a possibility of policy in the future that can protect this ecosystem. I have studied the health and size of seagrass patches in Maunalua Bay by observing the photosynthetic ability, growth rate, and epifaunal coverage. The funding I am requesting will pay for granulate ammonia to expose isolated seagrass beds to simulate marine pollution, testing the water before and after exposure for ammonia levels, phosphorus levels, total dissolved nitrogen, and carbon. After exposure, I will re-measure the data to gauge the reaction of the seagrass.

The funding will help me complete my research project. The water samples in particular are the last piece of the project I need. I will be testing 3 times over one week: sites exposed to ammonium, negative control, positive control, and a site without seagrass. Then replicating the process.

This project will be utilizing Diving PAM technology to record, for the first time, precise scientific data about H. hawaiiana's photosynthetic capacity, the results of which will create an invaluable dataset for academics and activists alike. 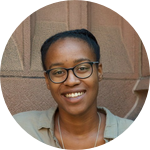 Pria Jackson
Graduate Student
Princeton University
This study will focus on water quality in an area of 'Ō'ahu where a high density of people reside. I am very curious and anticipating Megan's results of the sea-grass quality because, from my understanding, this species is one of the only few native plants thriving. I sure hope that the results found will improve the relationship between the sea and the people. 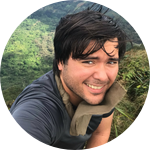 I have already taken the baseline data of the area so all that is left is to expose the seagrass to the nitrogen and observe the reaction. This will likely take two weeks of fieldwork, the entirety of the project will be completed by May 9th. 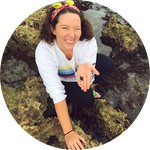 Ever since I was a kid I have always been interested in marine life. It wasn't until recently that I knew I wanted to work in conservation protecting marine life. One of the inspirational moments that helped me decide my future career was this research project on seagrass. Giving a voice to marine life to protect it from pollution and development is what we need. My goal with this project is to do exactly that for our Native Hawaiian seagrass ecosystems. By studying the negative effects of nitrogen exposure and making the research results public there is a possibility of policy in the future that can protect this ecosystem.