We aim to create a novel biological chassis that exploits both fermentative and photosynthetic pathways for biohydrogen gas production. By genetically engineering hydrogenases from Chlamydomonas reinhardtii and Pyrococcus furiosus into Rhodobacter sphaeroides, we will direct more reducing power towards hydrogen synthesis. Ultimately, we aim to harness biohydrogen as a more cost effective and environmentally friendly fuel source.

Current hydrogen production involves natural gas remediation, which renders hydrogen a non-renewable resource. Biohydrogen production using waste resources is a green alternative, however current rates are too low to be a economically feasible. Our idea to improve photo-fermentative pathways came after researching drawbacks of co-culture experiments. By manipulating the innate metabolism of R. sphaeroides we will direct more reducing power towards biohydorgen production. Finally, our further aims to build combined home heating units were inspired by the designs of iGEM Team Macquarie 2017 and cost considerations from Energy Action Scotland.

The Hydrogen Economy is poised to be an alternative to fossil fuel, but major production methods are expensive and non-renewable.

R. sphaeroides produces hydrogen using organic sugars. Research into enhancing this have involved gene knockouts and co-cultures. We want to explore a different route by combining photo-fermentation and dark fermentation. If successful, we will have an organism, powered by sunlight, with greater yield than wild type. This also eliminates the difficulties of sustaining co-cultures.

Unsuccessful, we will still gain a better molecular understanding of the bacterium's metabolism, and how we could potentially manipulate it. Future research could improve on our project and create a more cost effective source of biohydrogen.

We hypothesize that by introducing hydrogenase enzymes into R. sphaeroides we will produce biohydrogen at a yield higher than its natural rate. We will be using 2 different hydrogenases, and our experiments will compare the hydrogen production rates of these enzymes in separate cultures.

We will also test different waste effluents as carbon sources to further optimize our design, such as draff from whisky. Transformed R. sphaeroides strains grown in flasks will be attached to a water-filled cylinder, and hydrogen content will be determined by gas chromatography. Readings will be taken at regular time intervals and a standard rate will be calculated.

With this data, we aim to model these production rates to see how it could be implemented on an industrial scale.

Our lab work is funded by a research grant kindly allocated to us by the University of Edinburgh. DNA synthesis of genes have been sponsored by IDT and Twist Bioscience, while R. sphaeroides strains were gifted by Professor Gomelsky from the University of Wyoming.

This project is geared towards raising funds for the culmination of the iGEM competition: the Giant Jamboree in autumn. This is hosted by MIT, where we have the opportunity to present our research and design to over 6000 scientists, industry members and synthetic biology enthusiasts. Our university is funding 3 students to travel, and the money raised here will allow 5 more flights.

The scale of this event is huge and having everyone in Boston would allow us to maximize on the skills of our multidisciplinary team. During the conference we need members to present to a panel, promote our vision to others, and relay our ideas as efficiently as possible to capitalize on the vast network this event creates.

I am really excited about this project, with hard working students and great enthusiasm its sure to be a success. 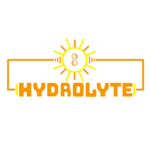 Early July is the planning stage of our genetic constructs and preliminary testing with E. coli. We have received 6 different R. sphaeroides knock out strains and will start transformations to change internal hydrogen metabolism. Our data will be analyzed by gas chromatography in order to determine the most efficient strain.

In October, our wiki will be finalised. The culmination of our project is attending the Giant Jamboree in Boston in November.

Upload hydrogen production graph and results after transformation of R. sphaeroides to experiment.com

Wiki completed and uploaded ahead of Wiki Freeze

Travel to Boston for the 2020 Giant Jamboree 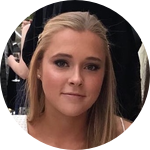 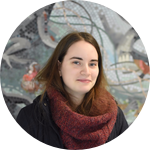 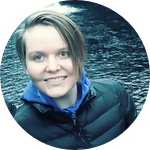 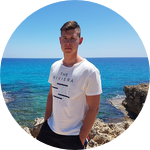 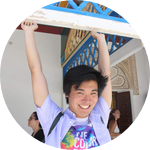 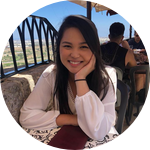 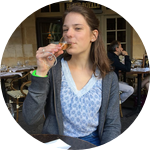 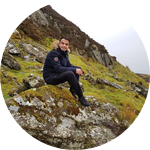 We are the University of Edinburgh undergraduate iGEM team. We are an interdisciplinary team made up of ten students. The team was selected after an iGEM sandpit session in May; an intense discussion and induction process about synthetic biology that highlighted its applications. We are very excited to be on this venture and are looking forward to presenting our ideas in Boston. Your support is vital to our success. Any and all donations are greatly appreciated!

3rd year Biotechnology Undergraduate student at the University of Edinburgh.

3rd year Biochemistry Undergraduate student at the University of Edinburgh.

4th year Biochemistry Undergraduate student at the University of Edinburgh.

4th year Chemistry Undergraduate student at the University of Edinburgh.

3rd year Biotechnology Undergraduate student at the University of Edinburgh.

6 Lab Notes Posted
It's time for numbers!
Check out our Biobricks!
Hydrogen Collection!