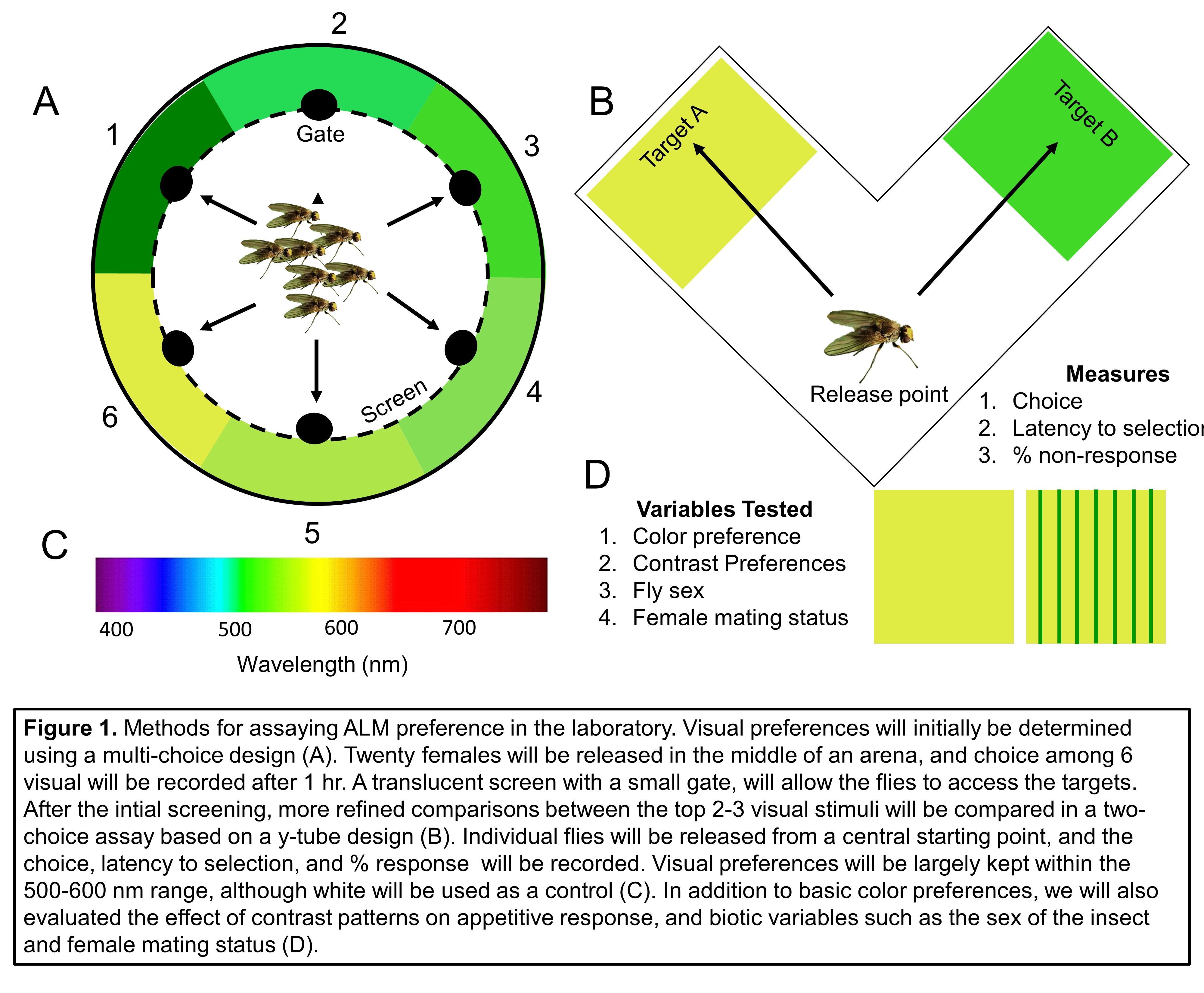 In order to test how ALM respond to visual stimuli we will run a series of laboratory and field trials. Laboratory trials will use ALM collected from the field as pupae and then reared in the lab. Adults emerge in approximately 14 - 21 d from collection in the field. We will address four primary questions: 1) What colors are most attractive to ALM, focusing on colors in the 500-600 nm range? 2) Are contrasts important in eliciting a positive response? 3) Do males and females respond similarly? 4) Does female mating status affect attraction?

Initial response to color will be measured in a multi-choice bioassay arena using differently colored disks. Twenty ALM will be released simultaneously in the middle of the arena, and movement towards each of the color cues will be recorded, with 3-5 replicates. The two most attractive stimuli will be used in more refined two choice assays.

Attraction will be measured in modified two-choice bioassay system similar to a y-tube, although the distal targets will be visual rather than olfactory. Individual ALM will be tested in response to different cues. This two choice system will also be used to compare male and female responses, as well as those of mated and unmated females. 20-30 Individual flies will be used per treatment. 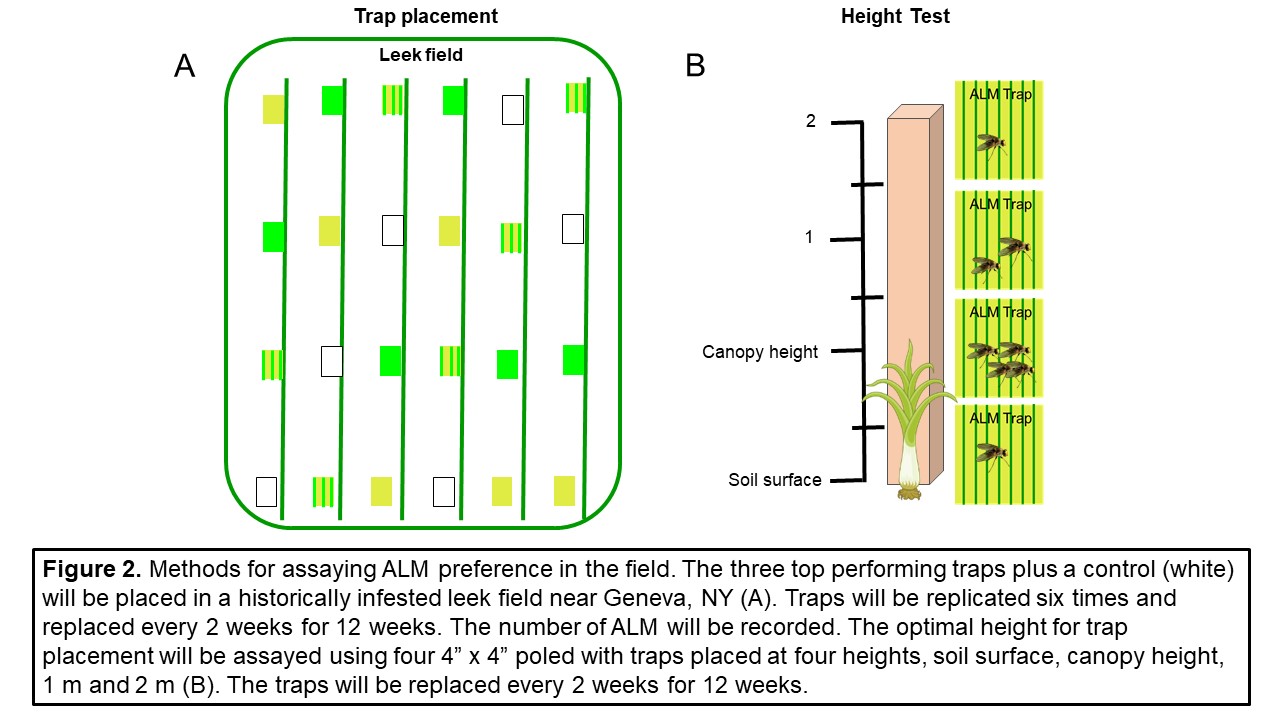 Using the information obtained from the laboratory assays, we will carry out field trials with traps based on ALM color and contrast preferences. The top 3 attractive stimuli plus a control (white) will be made into sticky cards and deployed in the field. Colored sticky traps will be established in a leek field (4 colors, 6 replicates each) at the canopy level. Traps will be replaced every two weeks started Mar and Aug 2019, for 12 weeks.

We will also erect 4 height test assays in the field during the fall 2019 field season to test how trap height affects capture.  The most attractive trap will be placed on a 4 x 4 pole in the planting with traps positioned at four heights (soil surface, canopy, 1 m and 2 m) along the pole. The number of ALM captures at each height will be recorded every two weeks for 12 weeks.

The most challenging part of the project will be collecting enough pupae in the field to run our laboratory experiments with adequate replication and statistical power. We will need approximately 500 ALM in the initial Spring 2019 collection in order to run our multi-choice and two-choice tests, so having enough flies is a limiting factor.