Amphibian declines are occurring at alarming rates worldwide. To ensure a future for amphibians, we must urgently address this crisis and focus strategies on imperiled species. This includes the threatened frog, Eleutherodactylus cooki, found in high-risk cave systems across Puerto Rico and subjected to high levels of deadly fungal and tick parasites. Utilizing novel tracking techniques, we aim to determine how frog movement impacts between-cave parasite transmission and host survival.

With over 8,000 described species, amphibians are some of the most diverse and fascinating vertebrates in the world. Unfortunately, amphibians are in the midst of a global crisis, with over 32% of all amphibian species listed in the IUCN Red List as vulnerable, endangered, or critically endangered. Scientists have contributed these declines to factors including disease outbreaks, habitat destruction, and invasive species introductions. However, many species declines remain understudied- especially for reclusive or inaccessible species- leaving many on the brink of extinction without clear mitigation plans. To combat this issue, we will be focusing conservation efforts on an obscure, vulnerable-listed coqui frog, Eleutherodactylus cooki, found in caves across the island of Puerto Rico.

E. cooki inhabits rocky cave systems which are vulnerable to hurricanes, earthquakes, and flooding due to Puerto Rico’s high tectonic activity. With an increase in the frequency and intensity of climate change-related natural disasters, these cave habitats are facing insurmountable stress. In addition, E. cooki falls victim to two transmissible and lethal parasites: ticks and the fungal pathogen, Batrachochytrium dendrobatidis. Consequently, E. cooki faces multiplicative stressors whose effects remain entirely unknown. Our research will provide the knowledge needed to initiate successful conservation tactics for this cryptic species and provide insight into improved practices for tracking parasite transmission in other cryptic at-risk species.

We will monitor frog populations by assessing (1) cave structure and longevity, (2) individual parasite loads, and (3) movement between caves. I have constructed a LiDAR system to study cave structures, like interconnecting tunnels, which may provide migration routes (goal #1). We will use established methods for measuring parasite loads (goal #2), though I currently lack equipment to track frog movement (goal #3). We will measure 300 frogs’ baseline parasite loads and use subdermal ID tags to recapture frogs and assess changes in locality and parasitism over their lifetimes. This will reveal whether parasites can be transported between caves and potentially harm migrant and resident frogs. This will prioritize populations at highest risk of parasite transmission and subsequent declines.

A portion of our requested funds will be used for molecular work associated with sample preparation. Unlike ticks which are surveyed visually, fungal pathogens require pricey qPCR analysis to determine infection levels. However, these results will help us determine which field sites are at the highest risk of disease spread and need the closest monitoring to protect a severely declining species.

Though tracking devices have decreased in price over recent years, trackers, unfortunately, remain expensive. Individual trackers are $7 and are compatible with small species like E. cooki. We hope to tag 300 individuals across our established field sites to assess population dynamics. Tags will also determine whether individuals are traveling to other nearby caves and contributing to fungal disease and tick transmission.

Sam is a PhD student at the University of Florida. Her project will help us understand very unique behavioral interactions between ticks and frogs with parental care. Sam custom-made a device with LIDAR to map the cave environments. I'm really excited about this project because she will uncover important aspects that will help in the conservation of this highly specialized species of direct-developing frog. 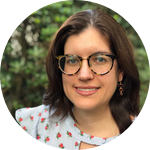 Ana V. Longo
Assistant Professor
University of Florida, Department of Biology
This is a very exciting and important project! Sam's proposed research is very integrative, linking fields of study like animal behavior, wildlife disease, and conservation. She is also using cutting-edge research in an open-science framework (so others can access and utilize her techniques freely). 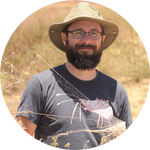 This project will start in June 2021 with an intended end date of June 2022. Over this period, we will use LiDAR to map out cave systems, tag 300 frogs at our field sites, and establish changes in parasite loads over a complete wet and dry season. Due to the longevity of our ID tags, we will be able to continue monitoring these same individuals and their parasite loads over several years and solve long-term management issues of this declining species. 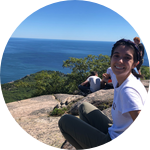 I am currently a PhD student at the University of Florida studying the impacts of parasites on amphibian behavior and physiology. More specifically, I'm interested in how parasites may alter stress responses as well as behaviors relating to mate choice, movement ecology, and predator escape. In addition, I build open-source data collection technologies to monitor the health of amphibian populations and their associated habitats.

2 Lab Notes Posted
Goal reached AND field work updates!
A shoutout to all of you wonderful project backers!