How do birds fly around objects without crashing into them? Their object perception must be similar to ours, despite having a dramatically different brain and separate evolutionary history. We will test whether bird brains handle object perception the same way that the human brain does. Pigeons will play a video game where they have to rapidly peck objects as they appear on a computer screen. The speed of their responses will tell us how the birds see the objects.

When we open our eyes, we see a world full of objects. But our retinas receive only messy blobs of colors and patterns. How do we construct an orderly world from such chaos? The visual system of humans and other primates binds separate visual features together to create coherent objects. What about birds who fly without colliding with objects? To answer this question, we will let pigeons play a video game on a touchscreen computer in order to test whether bird brains handle object perception the same way that the human brain does. If so, then the fundamental process of object perception evolved at least 275 million years ago when mammals and birds share the last common ancestor.

The bird brain has a very different organization than the brains of humans and other mammals. Birds don't have a visual cortex, for example. Also, the brain of a pigeon is the size of your thumb! So how can birds, like pigeons, see objects the way that we do? Knowing how birds see the world can tell us a lot about what is unique about human vision, and what we share with other species. We can also use our knowledge of how small bird brains efficiently create visual objects out of messy input to find new and powerful ways to build artificial visual systems for small mobile devices, such as drones and robots.

The study of visual object perception in humans uses computer-based visual tasks. We will adapt this task for pigeons. We will reward pigeons with food for playing a "video game", that is, pecking at four visual objects presented sequentially on a touchscreen. Objects will be presented in orderly or random sequences.

Objects will be created with unique combinations of visual features of place, color, and shape. After the pigeons learn to peck at these objects for food, we will occasionally present objects in novel sequences.

The test equipment is already available in my lab. I only need to purchase the pigeons for the task and to pay for the daily costs (per diem) to house and maintain the pigeons in my UCLA pigeon colony. The pigeon care and maintenance is overseen by the UCLA Division of Laboratory Animal Medicine. Per diems are based on the daily cost to feed the birds, clean their cages weekly, and for veterinary staff to make frequent health checks to keep the colony healthy. 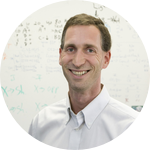 After receiving my Bachelor's at SUNY Stony Brook and a Master's at Kent State University in Biological Anthropology, I realized that animal cognition was way more interesting than dead humans. I trekked on over to SUNY Binghamton for my Ph.D. in Experimental Psychology with Dr. Ralph Miller. My research focused on learning, memory, and temporal cognition in the rat. This was followed by a brief stint as an NRSA Postdoctoral Fellow with Dr. Robert Cook, an expert on Avian Visual Cognition at Tufts University, where I learned how pigeons perceive and think about the world.

In 2001, I emigrated to the climatological and cultural paradise of sunny LA where I became a Professor in Learning & Behavior and Behavioral Neuroscience in the UCLA Psychology Department. I run the Comparative Cognition Lab, studying cognitive processes in rats, pigeons, hermit crabs, and humans.

I am interested in animal cognition and behavior. How do animals build and use representations of their world? I use Pavlovian and instrumental conditioning procedures to dissect this question. My work addresses a number of research questions at the interface between associative and cognitive processes. How do rats make causal inferences? What other rational processes do rats use? How do pigeons learn and integrate spatial maps? What are the sources of behavioral variability and what role does it play in problem solving? I also study simple learning, perception, and attentional processes in the terrestrial Caribbean hermit crab.

A second interest of mine is in how human ancestry and evolution can inform us about our health and well being. In particular, our modern world is quite different from that of our ancestors, to the detriment of our health and brain function.

Julia Schroder received her bachelor's degree in psychology from Whitman College in 2009. While there she got to work with Dr. Herbranson's pigeon colony. There she assisted in research which supported the assumption many have formed in life; that under many conditions birds could make better choices than most humans. This resulted in the publication of "Are birds smarter than mathematicians? Pigeons (Columba livia) perform optimally on a version of the Monty Hall Dilemma". After graduating she worked at the Duke University center for cognitive neuroscience on projects examining the malleability of visual cognition under Dr. Steve Mitroff. For her graduate studies she left the east coast and returned to her native California and her original research on avian cognition. Currently Julia is a doctoral candidate in UCLA's psychology program studying learning and behavior.

8 Lab Notes Posted
Results of Experiment 3: Is consistency the key?
Results, Part 2
Results are in! 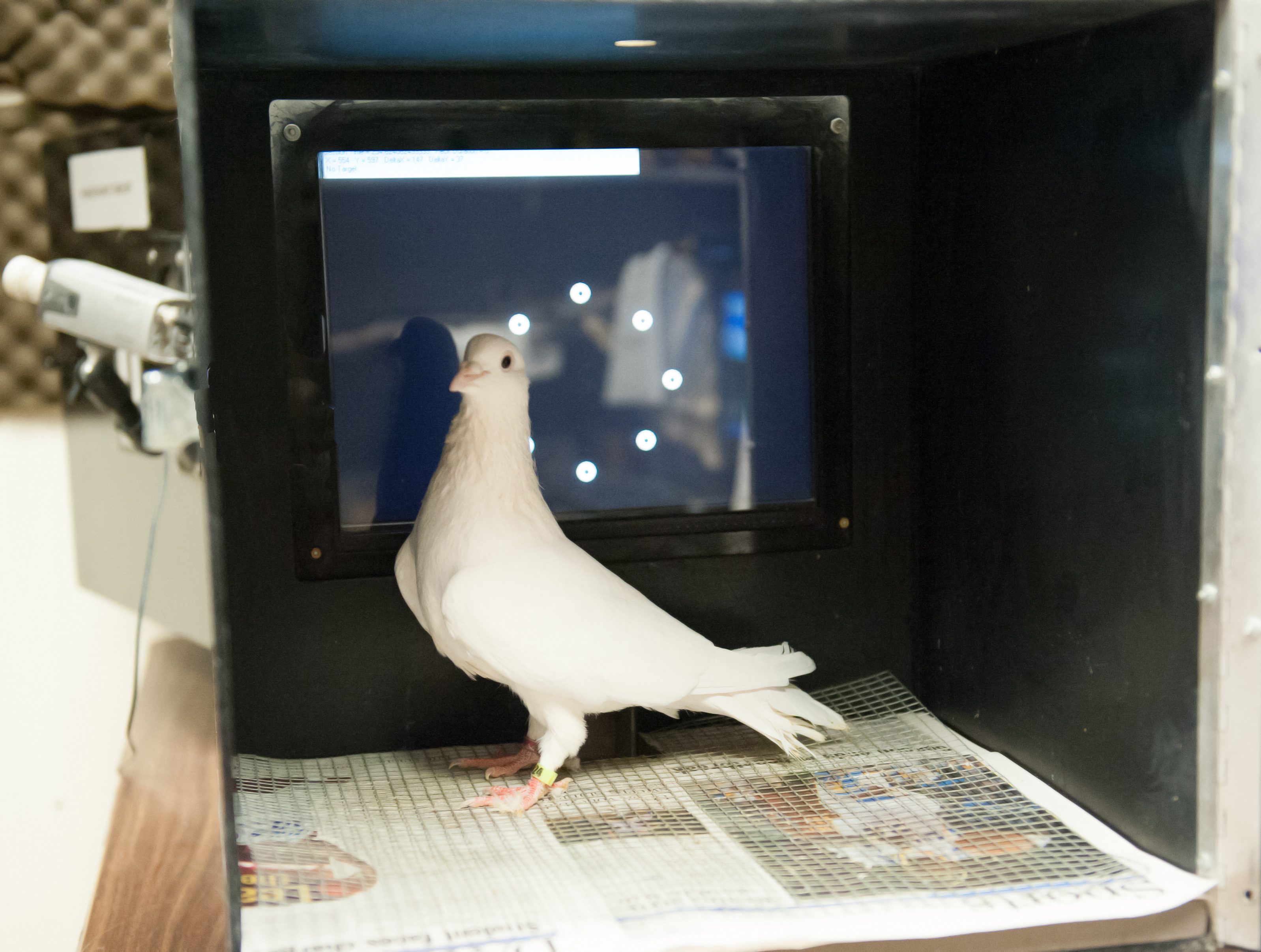 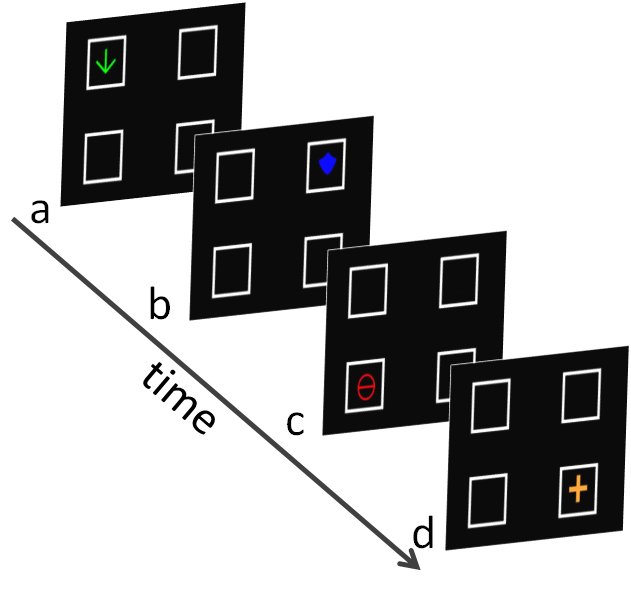 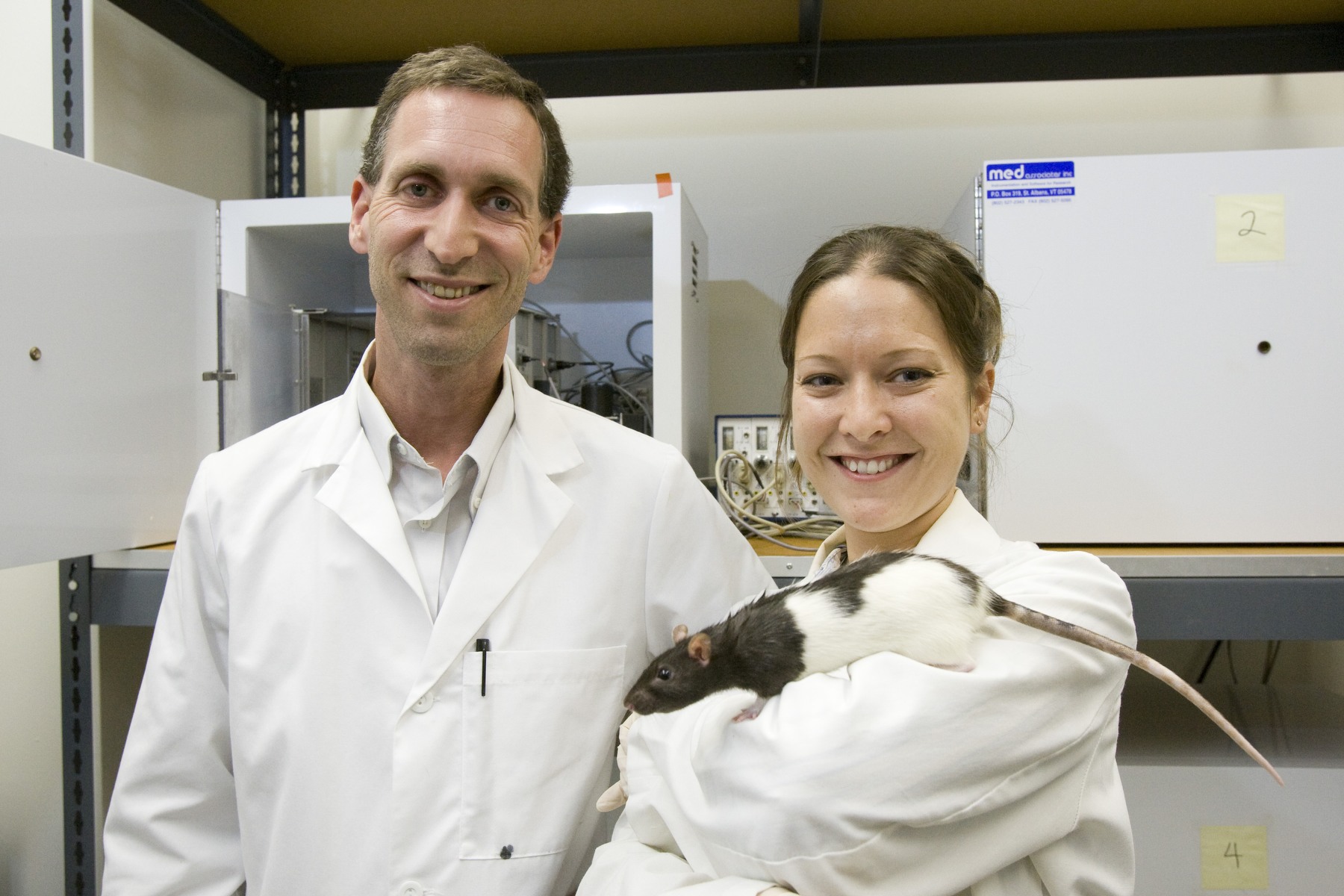