Appetite is influenced by many signals from the body. Leptin is a hormone that increases after a meal, and it reduces feeding and promotes satiety. However, leptin's effect on chemistry in the brain is poorly understood for many animals, including amphibians. This research will provide a description of the changes in neurotransmitter levels in various parts of the frog brain, and will address basic questions concerning how appetite is regulated.

Leptin is a protein hormone that has been heavily studied in mammals because problems in its signaling pathway can result in obesity. Its gene expression increases following a meal, and it acts in the brain to promote satiety. It does this in part by reducing the production and secretion of neurotransmitters in the mammalian brain. Very little is known about leptin's effects on non-mammals, in part because leptin genes in such animals were discovered less than a decade ago. Because leptin influences food-intake across species, its study in non-mammals is likely to reveal basic mechanisms the vertebrate brain utilizes to regulate appetite. Bullfrogs, specifically, are a great system to study leptin's effects. The bullfrog brain is well characterized, and a great deal is known about their biology and ecology.

Leptin reduces appetite in all vertebrates studied to date. Despite this, very little is known about the way the hormone works in animals that are not mammals. This research will specifically address how brain chemistry is influenced by leptin, but will also serve to answer a basic question: how do brains regulate appetite?

Once it is warm enough, I will collect 20 bullfrogs from local populations, treat them with either leptin or saline, and dissect their brains. I will punch out 9 regions of interest, isolate the neurotransmitters in each sample and measure them using high-pressure liquid chromatography (HPLC).

The majority of funds will be used to pay for the chemicals and equipment used in high-performance liquid chromatography. Each sample run in the machine carries an associated cost for reagents, and wear to the machine's necessary components. The rest of the funds will be used to pay for basic lab supplies needed to accomplish the project, e.g. latex gloves, syringes and test tubes. 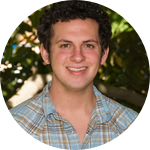 As part of my graduate research, I have been exploring the effects leptin has on the physiology and behavior of frogs and toads. Most of my research has focused on mate choice behavior, but this project would help me understand the basic mechanisms leptin activates in the brain.

I've always been interested in nature, and since I was a small child I've loved learning about biology. I'm currently a graduate student, and I study how hormones influence behaviors, particularly in amphibians. I approach biology in an integrative manner, because to understand living systems I think you need to appreciate them at multiple levels of organization. When I'm not working in lab, I enjoy sharing science with grade school students and instructing undergraduates.

In addition to updates to donors about progress of the project, I intend to apply to my institution's library for funds to publish any significant results in an open access form, so the public can freely view my findings. All my proposed methods are approved by my Institutional Animal Care and Use Committee.
Below are links to papers that describe the known functions of leptin across species, and a paper that describes the method of measuring frog brain chemicals in particular: