Large-scale communal game drives among humans have never been scientifically documented in action. This study will record and analyze Gran Chaccu--an annual communal game drive in the Peruvian Andes where hundreds of people cooperate to corral thousands of wild vicuña for their wool. An aerial drone will be used to record the size and dynamics of these events. The study will advance our understanding of archaeological game drive complexes and the evolution of cooperation in human societies.

This ethnoarchaeological study will document at least three Gran Chaccu events in southern highlands Peru between August and December of 2016. My current funding will support travel and ground-level research including interviews with participants, notes on participation networks, and photographic documentation. With the additional financial support requested here, I would conduct drone-based aerial photography to document Gran Chaccu from a birds-eye view. From aerial video and imagery, I will map terrain and infrastructure, calculate areal extents of the drives, count participants, and count animals. With these data, I will produce socioeconomic models to define relationships among infrastructure, demography, costs, benefits, and risks in cooperative animal drives.

I recently received funds from the University of Wyoming's George C. Frison Institute to initiate the Gran Chaccu study. While these funds will allow me to conduct basic on-the-ground documentation of Gran Chaccu events, I am currently unable to accurately record areal extents, numbers of participants, numbers of vicuña, physiography, and infrastructure of Gran Chaccu events. Documenting those large-scale variables requires a birds-eye view, which can be achieved with drone technology.

I am therefore requesting funds to purchase a drone photography system that will aid the documentation of Gran Chaccu events. Drone-derived data will contribute to robust models of large-scale cooperative game drives, which will lead to better interpretations of archaeological game drive complexes. Ultimately, such improved interpretations of the archaeological record will advance our understanding of the evolution of large-scale cooperation in human societies.

Although wild game drives are common archaeologically, there are very few opportunities remaining to study this behavior in the modern world. Dr. Haas's proposed research is exciting because it will not only clarify aspects of how prehistoric game drives operated logistically and socially, but it will also speak to more fundamental questions of how cooperative behaviors evolved in our species. Dr. Haas has the regional experience, technical skills, and theoretical background to masterfully complete this project. 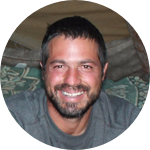 Todd Surovell
Professor
University of Wyoming
Cooperation is a fundamental aspect of being human, but just how cultural variability affects the contexts and outcomes of it remains very much understudied. In this natural experiment, Randy Haas will explore how the indigenous peoples of the high Andes cooperate to obtain the very fine wool of the vicuna, an important component of communal and household economy. This is a timely study, and Randy has the background to bring it to a successful conclusion. I am delighted to support this research. 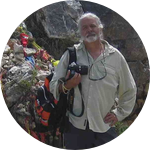 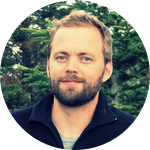 I am an archaeologist who studies human evolutionary ecology and the emergence of social complexity through the material record of prehistoric hunter-gatherer and early agricultural societies. My most recent research examines how (a) hunter-gatherer mobility gives rise to complex settlement patterns, or cultural geographies, (b) cooperative behavior evolves and persists in hunter-gatherer societies, and (c) large-scale demographic patterns among hunter-gatherer and early agricultural societies respond to changing ecological conditions. My primary areas of field research include the Andean highlands and US Southwest. My areas of technical expertise include quantitative methods,geographic information systems and spatial analysis, agent-based modeling, social network analysis, and lithic analysis.