There is a large colony of little penguins in the trendy suburb of St Kilda, Melbourne, Australia. These penguins do not travel outside Port Phillip Bay, making them ideal birds to study and understand how they can overcome challenges to foraging and breeding in an enclosed environment. We hope to develop better conservation plans for the impact of El Niño on these fascinating birds living in the middle of one of Australia's largest cities.

The St Kilda Little Penguins breed, forage and live entirely within the Port Phillip Bay. That makes the Bay a sort of natural laboratory to study penguins! Inside the Bay, they are subject to frequent severe weather caused by increased El Niño events in summer. We know that strong winds can negatively affect the weight gain and breeding success of penguins that forage in the open ocean, so our St Kilda penguins are less vulnerable in sheltered waters. In contrast, they are more vulnerable during droughts when less nutrients flow from the Yarra River. In this project, we will measure how severe weather that affects us (heavy rainfall, heat waves) may also affects Little Penguin foraging range and breeding success within the Bay.

The high significance of this project lies in determining how climate influences the penguin foraging environment within the Bay. We will improve our understanding on how penguins are responding to climatic variability. We can then predict the impact of climate change and the effects of the El Niño events to the penguins’ foraging and breeding performance in the Bay. This will aid in developing mitigation actions to maintain the health of little penguin populations during these events. We expect our findings will contribute to other little penguin colonies also facing environmental challenges.

Little penguin populations overall are stable, but with some localised severe decreases in the fast changing marine system of Australia due to climate change. Our goal is to study penguin movements in response to increased severe weather conditions in Port Phillip Bay. We hope to provide ways to mitigate climate–related effects on penguins and help with information for sites elsewhere. We will use high tech loggers to monitor penguin foraging and breeding. So we need your help to purchase: GPS trackers, penguin GoPro-type cameras and camera traps. We can then determine where they forage (GPS), see what they are eating (camera) and their breeding success (camera trap). We will then learn the influence of severe weather and El Niño events on the birds' success.

These items are crucial to complete this project in its current format. These loggers/cameras are rechargeable and reusable so they can be redeployed several times. We will monitor the penguins as they forage within the Bay under varying conditions and severity. GPS loggers will give us penguin location plotted with Google Earth to produce maps of their travels. Video loggers will show their prey encounter and insides on the foraging strategies while foraging on the shallow waters of the Bay. Camera traps will monitor penguins in their nests with eggs or chicks. This project will focus on penguin breeding stage when penguins are most vulnerable to severe weather.

This project is really important to assess the long-term viability of the St Kilda penguin colony in the face of climate change. Hayley's study will be supervised by Andre and Richard, who have both involved with research at this site for over 10 years. 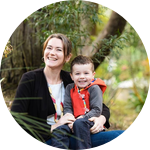 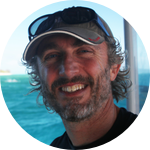 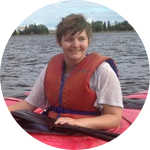 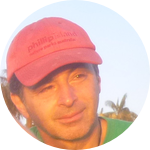 I am a marine biologist with interest in understanding how animals respond to the challenges of living in the marine environment and the impact of human activities. After undertaking my PhD work on the Great Barrier Reef working with sea turtles, I spent time researching marine animal biology and conservation in Australia, Costa Rica, Mexico and the United States. Those experiences really solidified my interests in marine animal ecophysiology and conservation. I returned to Australia and joined Monash University in Melbourne in 2003. My research program focuses on understanding how animals (mostly sharks, rays, penguins, turtles and crocodiles) respond to challenges from their environments and from human activity and then using this knowledge to inform better conservation and management. I'm very passionate about increasing public awareness about science and having involvement with the local community in education about science and conservation. You can see a short video overview of my thoughts on research and teaching here http://monash.edu/science-stor...

Further information including scientific publications can be seen at www.richardreina.com

From studying albatrosses and petrels on fishing boats off the Brazilian coast, a stint as environmental officer in Antarctica, to currently working on marine ecology of Little penguins, I am a marine biologist involved with seabird ecology as part of a small but very active penguin ecosystem research centre at Phillip Island Nature Parks, Australia.

Together with collaborators from all continents, I have been studying how a top marine predator responds to natural changes in the marine system and ways to predict their response to future environmental changes, using Little penguins as case study.

I am enthusiastic about open source journals (I am in the editorial board of two) and the revolution of R free software in science.

My passions include things that move on two wheels that can take me to places where I can sit down, have a nice latte and a baguette while being amazed by human behaviour.