This research mimics a situation that many Americans may find themselves in in less than 100 days: forming an opinion about a candidate while being dictated by microaggressions.

Through MTurk, a platform where participants can take surveys posted on the site, I will distribute my survey to 500 eligible voters. The entirety of my budget is dedicated to paying these workers to take my survey. MTurk allows me to not only gather information in a short amount of time and in an efficient manner, but it also allows me to distribute my survey to all parts of the country. Given that this is a nationwide survey that is supposed to gauge a national election, equal representation among geographic location and ideologies is incredibly important. The participants of this survey should be reflective of their state, and using MTurk will allow this to actually happen.

I am looking forward to seeing where this project goes, particularly in the current political climate!

The survey will be finalized by the end of September. It will be distributed through MTurk. The survey will ask questions about the perceived electability of hypothetical candidates. By the end of November, the data will be collected. December will be dedicated to analyzing the data, as well as drawing conclusions. In January, I will hopefully will be launching a campaign to educate the public on how internal biases influence their voting behavior. 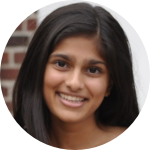 Hi! I'm Laasya and I'm going into the second year of my high school's research program. I've been looking forward to casting my first vote since the day that I learned what elections even were. Learning that even those who hold such a liberty still don't exercise it shocked me and made me want to gain a deeper understanding of the electoral process. Even in today's complex and compelling political landscape, voter turnout still isn't where it needs to be. By conducting research about voter behavior and the factors that influence it, I can learn about the inequity in American elections and how it can be stopped.