Most of the species on earth are in the tropics, but where did all this biodiversity come from? We want to study how certain landscape features contribute to evolutionary diversification in a tropical savannah. By comparing populations of cockroaches across the savannah we can understand the forces driving their evolution. Why cockroaches? There are a huge diversity (>4500 species) of cockroaches globally and we know almost nothing about them.

Why are there so many species?

Sure, cockroaches are everywhere, or at least they seem to be. There are actually thousands of known species and probably tens of thousands of undiscovered ones. Most of these are in the tropics and they never come into contact with humans.

But of course the BIG question is: what created this diversity?

Since Darwin, this question was one that many biologists have wanted to answer. But very few people have asked the question about cockroaches. This is no surprise I guess, since most of us don't have a very positive view of these critters. There is more to them than meets the eye.

In my project, I will address a few specific questions that will get at a few parts to this BIG question

Do savannahs isolate populations that live in forests?

There are some things you need to know to understand this question. Firstly, one thing that limits cockroaches is water. They are very prone to drying out. So, if they have a choice to live under the protection of the forest canopy or out in the hot and dry savannah, they would probably choose the former. This is why we think that savannah are barriers for movement of cockroaches.

But why does this matter? Well, when gene flow (interbreeding) among populations is limited, that's when speciation happens. Speciation is the process by which two populations of the same species evolve independently until they are two separate species. So, if there is a place where savannah separates roach populations that live in forests this habitat could essentially be creating diversity!

But does such a place exist?

If it didn't you wouldn't be reading this! The Rupununi savannah is centrally located in the biogeographic province known as the Guiana Shield. There are >200 species of cockroaches known from the shield but we estimate there to be almost 1000.This savannah is a picturesque expanse of grass and scrub and is home to giant anteaters, jaguar, ocelot, and countless birds. The savannah is divided by forest galleries that line the rivers and waterways. It is bordered by the forests of Guyana, Venezuela and the northern Amazon. Finally, there are, of course, hundreds of forest islands scattered throughout the savannah.

How does extreme seasonal flooding contribute to population isolation?

One of the most striking features of the Rupununi is the extremes of seasonal flooding. The water level changes by more than a dozen meters during the course of a year. As a result, the savannahs are very different in the wet season and the dry season.

Clearly this extreme flooding dynamic would have an effect on the region's fauna. Imagine you are critter living in the leaf litter of a forest "neighborhood". Your neighborhood is crowded and life is tough. You want to find better place to live that might be less crowded so you can start a family there. As The Ramones said, "Should I stay or should I go?". Well, if you try and cross the hot and dry savannah (we covered this already) to find a new neighborhood, you and your new neighbors might be underwater and drowned by the end of the year. So, maybe your neighborhood isn't the best but you stick it out. If this is the case then this would cause even further isolation among populations, which, once again, drives speciation.

Can we use this information to create a model of landscape genetics?

So, once we answer the two questions above, we're faced with putting it all together. When we do that we can create a model of landscape genetics. This is an equation of sorts. An equation that describes the effect that different landscape variables (e.g. savannah, flood zones, forest), have on populations. This kind of equation would not just be applicable to cockroaches in the Rupununi but to all kinds of organisms in many analogous habitats. This model could potentially help us identify regions where evolution is proceeding at breakneck speeds and life is diversifying rapidly.

But wait, what's this talk about genetics? Well, it is in an animal's genome that we can find evidence for recent evolutionary history, gene flow, and diversification. And that's where we get the values that go into the model (i.e. equation) of how landscape variables affect evolution.

This project will address how features of the landscape (i.e. open savannah, closed forest, and flood zones) drive evolution in diverse and understudied cockroaches. Hooray for science!

Evolution happens, so what?

You might be saying to yourself, "we know evolution happens, so what's the big deal?" Well, we definitely know that it does happen and we definitely know that these animals got here somehow, but there's millions of other things we don't know. We don't have a full picture of how evolution happens in certain ecosystems, for certain organisms, or in certain ecological niches. We have some model systems of evolution (e.g. finches, zebra fish, fruit flies) but these only give us part of the picture. There are many ways that speciation can take place and it may differ depending on the traits of the organism. In addition, we definitely don't have any sophisticated understanding of how landscape features affect evolution.


Why do we care about the landscape?

Animals are usually described as existing in habitats. But why do they exist in that habitat and not the other ones nearby? There is very rarely only one habitat in an area, so what effect does this spatial heterogeneity have on the animal community? This is why we need to understand the landscape. A landscape is not just one habitat, but a collection of habitats and their connections in space. Understanding how biological dynamics function on a landscape scale is a more sophisticated and practical perspective on a traditional question.


Who cares about cockroaches?

First of all, forget what you THINK you know about cockroaches. Ok fine, some are dirty smelly and creepy. I agree. But that's only the ones you have (or hopefully don't have) in your home. That happens to be an infinitesimal (very small) sample of their true diversity. Here's some information about cockroach diversity.

Cockroaches come in all colors, shapes and sizes...
Seriously. Red, green, blue, white, black, brown, pink, purple, orange, silver, amber, spotted, striped, and glow-in-the-dark. Not to mention countless patterns and combinations. The smallest cockroaches are millimeters long and the largest are almost half a foot! Most are flat and oval shaped but some are shaped like hot dogs, some like silverfish, and some like limpets.

Cockroaches have behavioral hyper-diversity...
Out of all insects, cockroaches have some of the most diverse array of behaviors. They can run, fly, burrow and swim (yes, swim). Some species have extra large wings for flying; some have extra large legs for jumping; some even have snorkels for swimming (I'm not joking). But what's really impressive is their sexual behavior. Cockroaches lay eggs, give birth to live young, and even do a halfway-point between the two (called ovovivipary). A few species don't even need males to reproduce (they are parthenogenetic, you know, like the dinosaurs in Jurassic Park). A few species exhibit parental care by protecting their young or even doing something similar to lactating. Gross? No, awesome.The final big surprise about cockroach behavior is that there are even cockroach societies! Complex societies of cockroaches that build cities and have agriculture. You have heard these super-social cockroaches referred to as termites, but they are cockroaches none-the-less.

So, we bring the question back to why there is all this diversity? Few, if any, have really addressed this question in an empirical way. This study is one of the first that attempts to explain patterns of evolutionary diversification in cockroaches.

The basic procedure for answering our questions is simple.

Collecting specimens for the analysis is obviously expensive, as it requires funding for travel and things associated with it.

Collecting genetic data from those specimens is also expensive. Sequencing one gene from one specimen can cost about $5-10. Needless to say, we need lots of samples and lots of genes.

Any funding you can provide would be greatly appreciated!

Whether you can fund us or not, please read the full project description! We think it's cool and interesting and hope you might think so too!

This is a unique project that should be supported. Funding this high quality project will further our understanding of tropical super-diversity.

Simon Garnier
Assistant Professor at New Jersey Institute of Technology in the department of Biological Sciences
This is an important and timely research project. 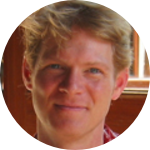 Daniel Bunker
Assistant Professor at New Jersey Institute of Technology
This is an exciting and important project, performed by a passionate and well qualified scientist. 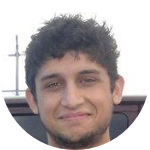 Dominic's research involves exploring how to effectively describe biodiversity and the landscape level processes that contribute to promoting evolutionary diversification. On the organismal level, Dominic navigates the ecology, taxonomy and systematics of the insects of the order Blattodea.

There are very few researches that specialize in cockroaches and Dominic is one of them. Cockroaches are cryptic in their habitats and have morphology that is difficult for even identifying species. Despite this, Dominic is an experienced collector of wild roaches, can identify many of them by sight or genetic barcoding, and has even discovered new species.

All my life I loved animals. When I was really young I think I liked them just because they were different than us humans and had their own incomprehensible lives. As I got older, learning about and looking for animals was an adventure. Then I learned about evolution and their incomprehensible lives were slightly less incomprehensible. From then on, it was my goal to understand as much about the diversity of life that I possibly could.

It is the word "diversity" that led me to insects, since they are the MOST rich and diverse group of animals on the planet.

Where do cockroaches come in? Well, if you study cockroaches there is a huge potential for discovery, since we know so little and there is so much to know. Plus, I think I have an affinity for things perceived as dark and evil. Call me a fan of the underdog.

6 Lab Notes Posted
Project Update - A year since funding
Climate change, conservation and the Rupununi
CHALLENGE: Pledge the most money and win the naming...

Our research on cockroaches has made it to the big time! Check out these stories about our most recent discovery!


Invasive cockroach in NYC can take the cold - Associated Press

View our publications and get to know us on Research Gate