Our experiment.com supported-results were negative, but they gave us the impetus to follow up by showing that bright white light exposure to the eyes of male pigs significantly increased carbon monoxide levels in the retinal venous blood. This study provided preliminary mammalian evidence of the effect of bright light on blood in the eye vasculature. A follow up study was published in 2020 using human blood (in vitro) supporting this model.

Light has been shown to have anti-depressant effects (just think about your mood when it's sunny!). But we still don't know why light can be so energizing for people. This research will begin to answer this question and answer a major mystery in biology that is solvable!

We have known about light's effects on mood and energy for thousands of years, but we still haven't identified the molecules that cause this.

In 1996 I proposed a theoretical model arguing that, just like plants, people and animals have similar molecules that play a large role in mediating their similar light responses. Specifically, the proposal was that hemoglobin in our red blood cells absorbs light analogous to chlorophyll.

A major step towards proving this model was done by Marek Koziorowski at the University of Rzeszów in Poland in 2012 by showing elevated levels of carbon monoxide in retinal vein blood during bright summer daylight.

Now we need to confirm these results around the clock in winter and summer to establish that this theory is true.

A major flaw in our understanding of human and animal biology is our failure to understand which molecules absorb light in people. It is like trying to understand plant biology without knowing that chlorophyll is a major light absorber of energy!

This project will test the proposed role of hemoglobin and our blood in producing gas neurotransmitters (carbon monoxide and nitric oxide) for example that are proposed to give energy and improve our mood.

This could provide major insights into the regulation of the brain by light and the biochemistry of mood disorders. I am grateful to have received a Fulbright Award for the coming year to cover my time on the project. Now I need to obtain the funding for the work itself.

Study site: The Institute of Biotechnology at the University of Rzeszów, Poland

Primary Collaborator: Marek Koziorowski, veterinarian, and Dean of the Faculty of Biotechnology

Animal Subjects: Offspring of wild boars and domestic pigs, with significant seasonal variation in physiology and activity, and general docility. All research to be conducted under animal ethics committee review, with local anesthesia used to assure no pain to the animals during conduct of blood sampling.

I am fortunate to have my time paid for by the Fulbright Commission. The costs of the study itself are not covered, however. Because the idea that plants and people have similar physiology is so controversial (even though new research comes out weekly showing similar sensory apparatus in plants and people) it is extraordinarily difficult to get funding from NIH and other traditional foundations that only fund the "same-old, same-old".

Funding will be used to pay for animal care, reagents to analyze the neurotransmitters, and sample collection equipment. 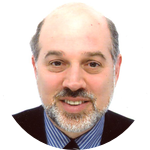 This project has been my career interest as a physician. I have been researching or thinking about the problem of how does light affect mood and energy ever since SAD (winter depression) was classified in 1984. A decade later I developed a theoretical model that I called "humoral phototransduction" proposing that our blood absorbs the light that has these effects.

Understanding how light affects our brain is critical to opening a literal window into the brain, which still remains a black box in terms of psychiatry, for which we have no clear understanding of the causes of most of its major illnesses.

This project continues to have special meaning because in biology a theory means one thing, but it takes empirical data to translate that theory into incontrovertible evidence.

Marek Koziorowski, my colleague in Poland, has now done the preliminary trials in his animal model that show he has an ideal system in which to test this definitively.

Thank you!
The Daylengths are Changing Rapidly NOW
Background