To our knowledge, no literature exists that examines the experiences of the people of Yuzawa or the Snow Country area of Japan. We are taking an ethnographic perspective by collecting oral histories to document changes experienced by people who have lived in Snow Country area for 50+ years. On these trips we will interview a total of 25 men and women. We will produce a summary that aims to identify how the residents of Snow Country have adapted to modernization.

Over the last century, many cities in Japan transformed from groups of wooden houses surrounding feudal castles into sprawling cement and steel landscapes. Having lived in Yuzawa, however, Cameron found that rural areas have been slower to change. This area's relative proximity to Tokyo has brought seasonal tourism, a bullet train station, and other modern influences to which its residents have had to adapt, while other aspects of life have remained unchanged.

Most studies of modern cultural changes take a big picture perspective, tracking shifts in trends such as demographics, production, and values, but our study of the Snow Country region promises to reveal interesting and important insights into how modernization has shaped rural life for individuals.

Japan is a country that has experienced enormous cultural and economic upheavals over the past 150 years through revolutions, wars, an economic bubble, its subsequent collapse, and more. In order to prepare for future economic changes (some foreseen, such as depopulation and others unforeseen) it is important to understand how recent changes have already changed the way people live and work in Japan.

To our knowledge, no literature exists that examines the experiences of the people of Yuzawa or the Snow Country area of Japan. We seek to paint an intimate picture of the personal impacts of modernization on a very rural community that has been uniquely subjected to external forces of modernization over the past several decades, which we hope will provide insights for future policy planners.

The funds will be used to cover costs of research trips to Yuzawa, Niigata. Specifically it will fund trips to interview approximately 25 men and women who have lived in the region for 50+ years. This research will help us gain an understanding of the ways modernization has affected the Snow Country region of Japan. Cameron has made one trip to Yuzawa and interviewed five men. Your contributions will help us interview the rest of the participants.

We will have each interview transcribed and translated. After that, we plan to analyze and summarize the interviews, finally preparing descriptions of residents' personal experiences. We anticipate collecting enough material to publish a paper summarizing our results, and a book of personal stories and photographs based on these trips.

Cameron has already made one trip to Yuzawa, Niigata and found that there were too many people willing to do interviews and too much to learn for it to be done in a single trip. Therefore, we are seeking your help to defray the costs of transportation, food, and accommodations for two more trips to Yuzawa to meet more people who were raised in Snow Country. Because Cameron is already living in Japan, trips to Yuzawa are much less expensive than they would be if we had to travel from the United States.

The winter trip is more expensive because hotels and car rental costs are higher during this busy winter season in Snow Country which relies heavily upon winter tourism to fuel the economy.

Because we reached 100% funding earlier than expected, stretch goals have been added. We would like an extra hard drive for local backup and we have promised to take, print and send a photograph to each participant as a thank-you.

New goal: another trip to Yuzawa! Thank you for all your support!

I am very familiar with the principal investigators of this project. They are all highly qualified to carry out this study. I enthusiastically endorse the project. 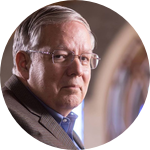 The current IRB approval is from June 2019-June 2020, with option to extend. The final update will be up before mid-2020. In October, we plan to organize and make the next trip to Yuzawa. Again in February, we will make a third trip to Yuzawa. The following month, we will send the interview video and audio recordings to a native Japanese speaker to transcribe. In May we hope to translate all transcriptions and analyze data. We will keep you updated at each stage with info, photos, and more.

Send all videos and audio recordings to transcribers

Translate all transcriptions and analyze data 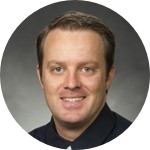 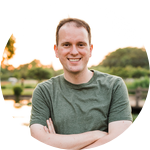 Both members of the team have extensive experience with life in Japan and an abiding interest in understanding its people and preserving Japanese culture.

I am a sociolinguist with research experience in ethnography, conversation analysis, and intercultural communication. I received a PhD from the University of Hawaii and an MA from The Ohio State University.

I have a BS in Management from Brigham Young University, where my second major was Japanese. Putting these together, I've been working for several years around Japan. Currently, I work at a traditional woodblock printmaking shop in Tokyo, and am doing ethnographic research on the side, focusing on the region in Japan where I previously lived and worked - Snow Country.

From mid-2014 to late 2017, Cameron Hilker lived in Yuzawa, Niigata, Japan, working in a small English school. During that time, he came to love the people of Snow Country, and formed friendships with people in the region as he worked among them. Having read "Snow Country" in English and Japanese, he also became interested in the history of the region and its cycles of economic prosperity and depression. Currently in a period of contraction, dilapidated remnants of a once-booming tourism industry still remain across the entire town.

Since moving to a different region of Japan and noticing the differences in culture and lifestyle, Cameron became intrigued by the idea of researching the uniquely beautiful Snow Country region and recording people's stories of eras long gone, before they are lost and forgotten. We plan to use these stories to evaluate the effects of modernization on this small pocket of Japan.

He already has contacts with the local government, the local history museum, and many potential interviewees, and has already performed some interviews.

Cameron felt particularly motivated to focus on the personal stories of people in this rural region of Japan because of an experience he had in a class as an undergrad student. During a class discussion about Japanese culture, its growth, and changes in Kyoto, he asked "We know so much about Kyoto, Osaka, Kamakura, and other cultural centers at their peaks, but what about the culture of all the people outside of these major cities? The food had to come from somewhere, right? What were those people doing?" The professor's answer could be summarized as: "Historians don't really care about the farmers, and they weren't doing much culturally significant stuff."

Cameron doesn't believe those people are insignificant and is confident that everyone has important stories and a cultural identity, no matter where they live. This project seeks to unearth those stories and understand that identity for the people in Snow Country.

We hope to preserve aspects of the unique culture and history of this region and contribute to the literature about the modernization of Japan by developing a thick description of living inhabitants' experiences over the past 50+ years, based on oral histories.

Japan is rapidly becoming an aging society, so recording these stories, experiences, and data immediately—before they are lost to the march of time—is vital.