Disaster-induced resettlement is a complex and dangerous prospect for communities, and will likely increase as a result of climate change. While community recovery is widely studied, there is a gap in knowledge that explicitly links ecosystem disruption to social adaptation in post-disaster resettlement scenarios. This study of an agricultural community displaced by the 2011 Great East Japan Earthquake seeks to determine how the community is adapting in a way that informs both their own resettlement as well as other interventions for sustainable resettlement.

On the morning of March 11, 2011, I woke up, stumbled out of bed, turned on my laptop, and checked my email. In my inbox filled with messages from professors, colleagues, and random sales on cheap guitars, I saw one from an old friend, a friend from New Zealand whom I had met in Japan. His message was short, but surprising. Something to the effect of “I heard about the tsunami, is your family okay?” I had no idea what he was talking about so I started looking at the online news sites, and there it was. The largest earthquake in Japan in a thousand years, right off the coast of my wife’s hometown, one of my favorite places on earth. This was the most horrible nightmare, the one that is always in the backs of the minds of so many people who live in disaster prone regions – the earth and ocean rising up and laughing in the face of humanity’s constructs.

This was the largest earthquake in the recorded history of Japan. 400,000 people displaced by a ten-story high tsunami. Another 140,000 evacuated because of the risk of radiation exposure from the Fukushima Dai-Ichi triple meltdown. Many to never return home. Calling this a natural disaster doesn’t seem right, it felt supernatural, especially as my wife dug through you tube clips in between attempts to reach her family. As the weeks wore on we were able to go back to volunteer, visit her family, and see the devastation. It was strange. I lived in Japan for over five years, and her family for only a few months before we moved to the US. Yet this destruction ripped at my soul. I pondered it, day dreamed about it, was haunted by it. What is this connection to this place? Why is place so important? How are locations and communities tied together?

As I read and studied more and more about disasters, migration, and ecosystems, my interests focused down to the question of how human communities are linked to their ecosystems. Of course we know that humanity depends upon ecosystem goods and services for sustenance and enjoyment, and that we as humans have reached a point putting of unsustainable stress on our ecosystems, but I wanted to explore this on a deeper level.

I decided to focus on a case study of one particular “peri-urban” community that was resettling as a result of the disaster. A peri-urban community is one that was originally an agricultural community, but is now taking on characteristics of an urban environment due to a nearby expanding urban area. This project examines how this community is changing as a result of decoupling its the ecosystem.

This project involves the study of a specific case of what is sometimes called environmental migration. Environmental migration is a subset of forced migration, with environmental degradation being a primary driver of displacement. This is often broken down into two broad categories of sudden change degradation (such as earthquakes, tsunamis, and volcanoes) and slow change degradation (such as drought). Some predict that environmental degradation, especially from climate change, could result in the permanent displacement of hundreds of millions of people over the next fifty years, although these numbers are as hotly debated as is the potential severity of climate change. In the end, models of climate change are not yet good enough for us to really be able to say with any certainty how many people are at risk.

We know quite a bit about the risks involved in forced migration in general, and even in the case of large-scale development project resettlement. We know that displacement and resettlement, especially when not planned beforehand, expose these forced migrants to a range of risks including landlessness, loss of access to livelihoods, health and behavioral health issues, and even physical and sexual violence. However, what has been understudied is the link between changes in the physical environment and social adaptation. Thus, this study seeks to examine how this community’s social networks and culture are changing in response to decoupling from its ecosystem.

I believe that by studying in-depth the actual changes occurring in this community, it can not only help them gain some intentionality over their own forced resettlement, but can also provide valuable knowledge about migration as an adaptation to climate change.

Taking an approach put forth by the Resilience Alliance, I am adopting the social-ecological systems approach that conceptualizes social systems and ecological systems as interdependent coupled systems. One of the tools sometimes used is network analysis in order to examine networks of governance over ecosystem goods and services. However, I intend to move beyond examining how networks of governance are adapting to the post-disaster ecosystem to a further examination of how these changes are affecting other aspects of the social structure. The quantitative network data will be further informed by the collection of qualitative data from the residents of the community and other stakeholders involved in the resettlement process and the redevelopment of the ecosystem. With this in mind, the overall research question this project will explore is: How does a Japanese peri-urban social-ecological system adapt to the forced transformation of disaster-induced displacement and resettlement?

The majority of data collection will occur in Japan over a two-week period. Community members have already agreed to help collect and collate network data relating to local community group memberships both pre-and post-disaster. Further data collection will involve focus groups and interviews with key stakeholders including former residents, farmers, and officials involved in the resettlement and redevelopment process.

The results will be published in peer-reviewed journals. It is expected that the first papers will be submitted within six months of data collection. The results will also be shared with interested community members in order to help them gain a fuller understanding of the changes their community is experiencing, thereby increasing their own intentionality in the resettlement process.

Since data collection is occurring overseas the majority of the budget is devoted to travel expenses, including airplane and bullet train tickets. There are also some minor miscellaneous expenses including snacks and drinks for focus groups. Housing is being supplied by the some of the former residents of the community. Any funds collected above and beyond the budget will be used in future research regarding resettlement and community recovery in the context of the 2011 Great East Japan Earthquake. 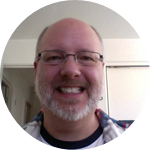 I am currently a doctoral student at the University of Denver Graduate School of Social Work. My research focuses on community recovery after disasters, immigrant and refugee integration, and the human dimensions of climate change. I am especially fascinated by the Asia Pacific Region and lived in Japan for over five years where I taught English and practiced Aikido. In what litle free time I have, I also write electronic music and am currently involved in a project with the poet Sean Hill. Here is one of our demo tracks on soundcloud: Bemidji Blues And here is a link to my music page http://www.ericdesmarais.com/music.html

I am a doctoral candidate at the University of Denver Graduate School of Social Work. My research focuses on social adaptation and migration, especially in relation to climate change. I am particularly interested in what successful migration looks like from a social ecological systems perspective; that is, from the perspective of how social systems are linked to ecosystems. I believe a better understanding of the interplay of coupled social and ecological systems is key to human success in the 21st Century.

Didn't reach the goal, but thanks for your support!

Japan News Article -- Resettlement in Tohoku is stalling out