This innovative, collaborative project addresses whether infrared spectroscopy can be used to characterize organic residues on fire-cracked rocks (FCR), enabling archaeologists to accurately identify what was cooked in earth ovens. To do so, I will create a reference collection and test both modern experimentally produced residues and residues from archaeological FCR. Some initial work has already been published - there's a link below.

To determine what was cooked in earth ovens, archaeologists usually identify preserved charred plants remains. Unfortunately, they are not always present among the fire-cracked rock.

To address this problem, some researchers have tried looking at residues such as microscopic plant parts (like starch) or chemical residues (like oils) on the stones in the earth ovens. Infrared spectroscopy, specifically Raman spectroscopy, is how I am going to examine the chemical residues. Though it has been used for a variety of archaeological applications for decades, it has not been used to study cook-stone.

To go beyond just characterization of the residues and try to actually identify their origins, I will also be creating a comparative reference collection, using both modern and ancient plants.

People have been using earth ovens to cook food for tens of thousands of years, worldwide. Despite their ubiquity, they have not received much attention by researchers. These features have the potential to reveal information about subsistence, settlement, and land-use. If residues preserved on the fire cracked rock and can be described with accuracy and precision, we may be able to unlock a few more of their secrets.

This is a first of its kind study that will help establish a baseline for future studies looking at invisible residues on stones used to process foodstuffs.

The main goal is to figure out what was being cooked in earth ovens, or more scientifically, characterize organic residues on fire cracked rock. I am going to do this by:

Luckily, I am working with a physics lab that is supporting my research with the use of their laser. However, I still need funds to help cover some basic lab equipment and chemicals. Since this is a small chemistry project occurring in an archaeology lab, and doesn't qualify for many of the traditional granting sources, I need your help!

Stretch goals include funds for open-access publishing and travel to conferences for presentations.

Any donation is helpful, as is sharing this site with friends! 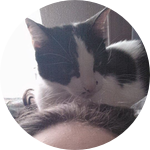 Like most small children, I was fascinated by dinosaurs. I discovered archaeology in second grade, when my mother signed me up for an archaeology day camp one summer and the first thing they told us was that archaeologist studied people, not dinosaurs. At this point, I decided archaeology was a much more reasonable career choice than paleontology, given that there have been more people than dinosaurs. Despite my steadfast refusal to go into chemical engineering like my father, I somehow found myself doing chemistry in archaeology.

My cat thinks I spend too much time in the lab.

You can find me at LinkedIn: www.linkedin.com/in/lshort1230/
And Academia.edu: https://tamu.academia.edu/LauraShort

Want more information on earth ovens in Texas? Look here. Actually, look all over Texas Beyond History. It's a really cool site.

Special thanks to Dr. Dmitri Voronine and Dr. Marlan Scully of the Institute for Quantum Science and Engineering for working with me and letting me use their spectrometer.

Also, thanks to my kitty for keeping my articles warm! 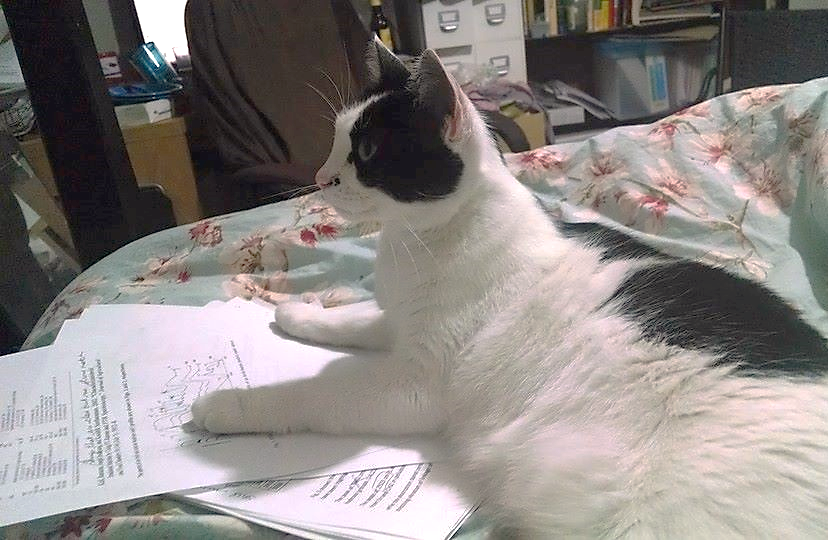