Impacts to Mangrove fringe forests leave coastal areas vulnerable to erosion and sea-level rise. Over 600 km of mangrove forests have already disappeared from Florida's coastal areas. Mangroves are protected in Florida, but no studies to date have evaluated the consequences of impacts that still occur under this protection. This study will assess how urbanization, forest canopy alteration, and coastal change affect Mangroves in Florida.

In spite of nearly twenty years of regulatory protection of mangroves in Florida, no studies to date have assessed the influence of regulatory management and enforcement on mangroves nor attempted to characterize the areas where mangrove violations are likely to occur.

Impacts to mangrove canopies can lead to invasion by non-native species, forest structural change, the loss of habitat for numerous species, the fragmentation of mangrove populations, and the erosion of sediments.

Some 600 Kilometers of mangroves have been lost from Florida's coastal areas and up to 92% of mangroves from the study area have been threatened by the creation of mosquito control projects.

With preliminary funding to purchase equipment, I'll be able to collect soil, root, and water samples of impacted mangroves. Using this data, I can evaluate how impacts affect mangrove forests long term.

A modeling approach will be used to identify areas where trimming violations are likely to occur based on previous violations. I will also evaluate changes in coastal contours to find areas facing significant shoreline erosion, and to determine whether this erosion is linked to intensified land use and loss of mangrove forests.

I'll then build a model of 'coastal squeeze' to identify where mangrove forests are likely to be lost during sea-level rise, due to the creation of roads and sea-walls that prevent forests from retreating inland.

I am seeking funds for the equipment needed to collect soil, root, and water samples from impacted mangrove stands. 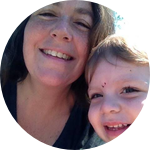 Courtney Knickerbocker is a doctoral student at the University of Central Florida, studying Conservation Biology in the Biology Department there. Her work has focused on the response of urban wetland plant communities to changes in land use intensity and woody encroachment. Her dissertation work will involve research on the effects of management practices, land-use intensification, and coastal change on mangrove ecosystems of East Central Florida. She has spent extensive time working in the FTU herbarium at the University of Central Florida, organizing the more than 11,000 specimens of vascular plants and contributing a couple hundred more to the collection and has researched the ethnobotanical uses of Florida plants as a hobby.

5 Lab Notes Posted
An Update
Fully Funded (and then some)!!
Roots.

Healthy mangrove forests are vital to the integrity of coastal areas. 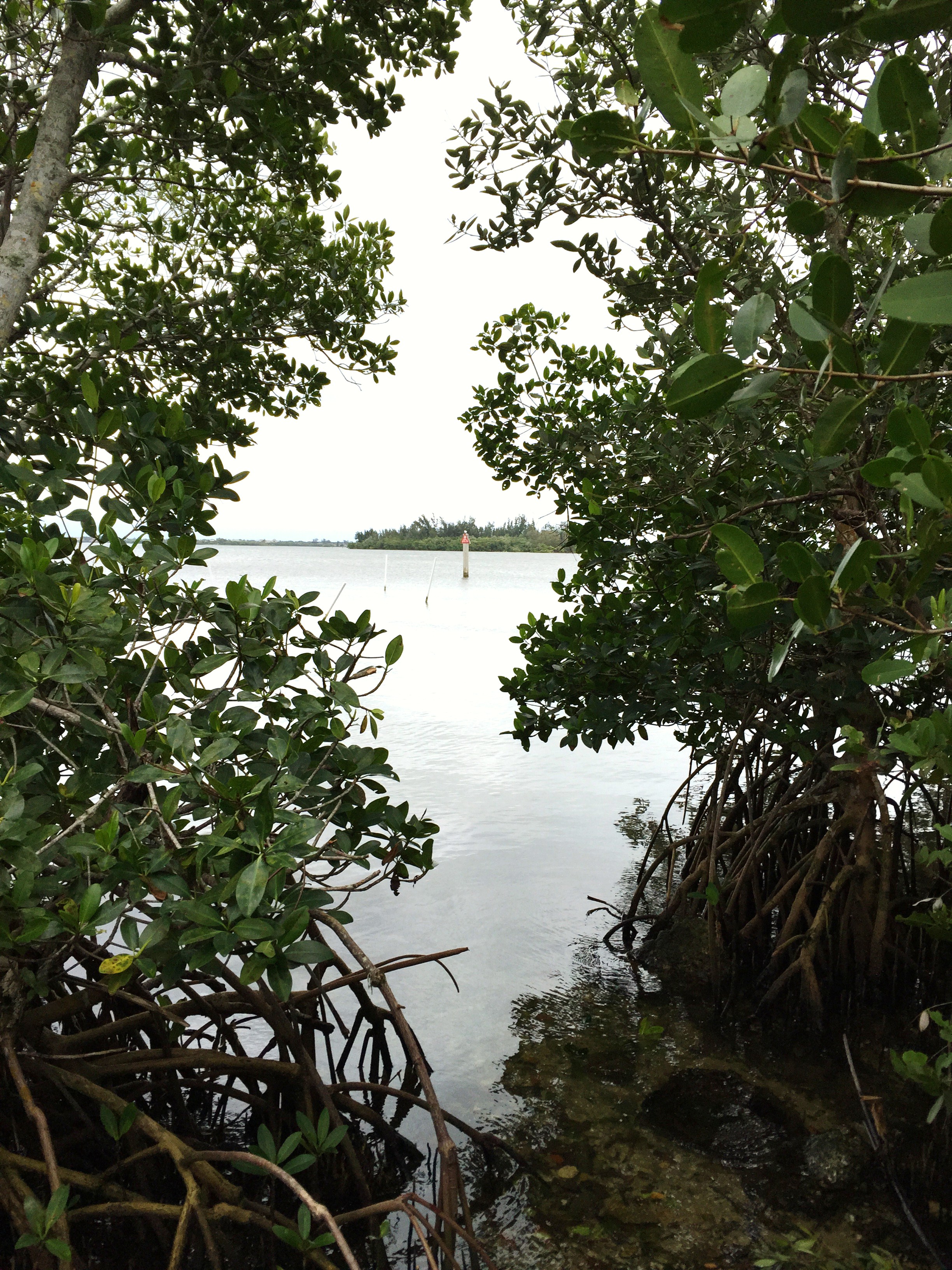 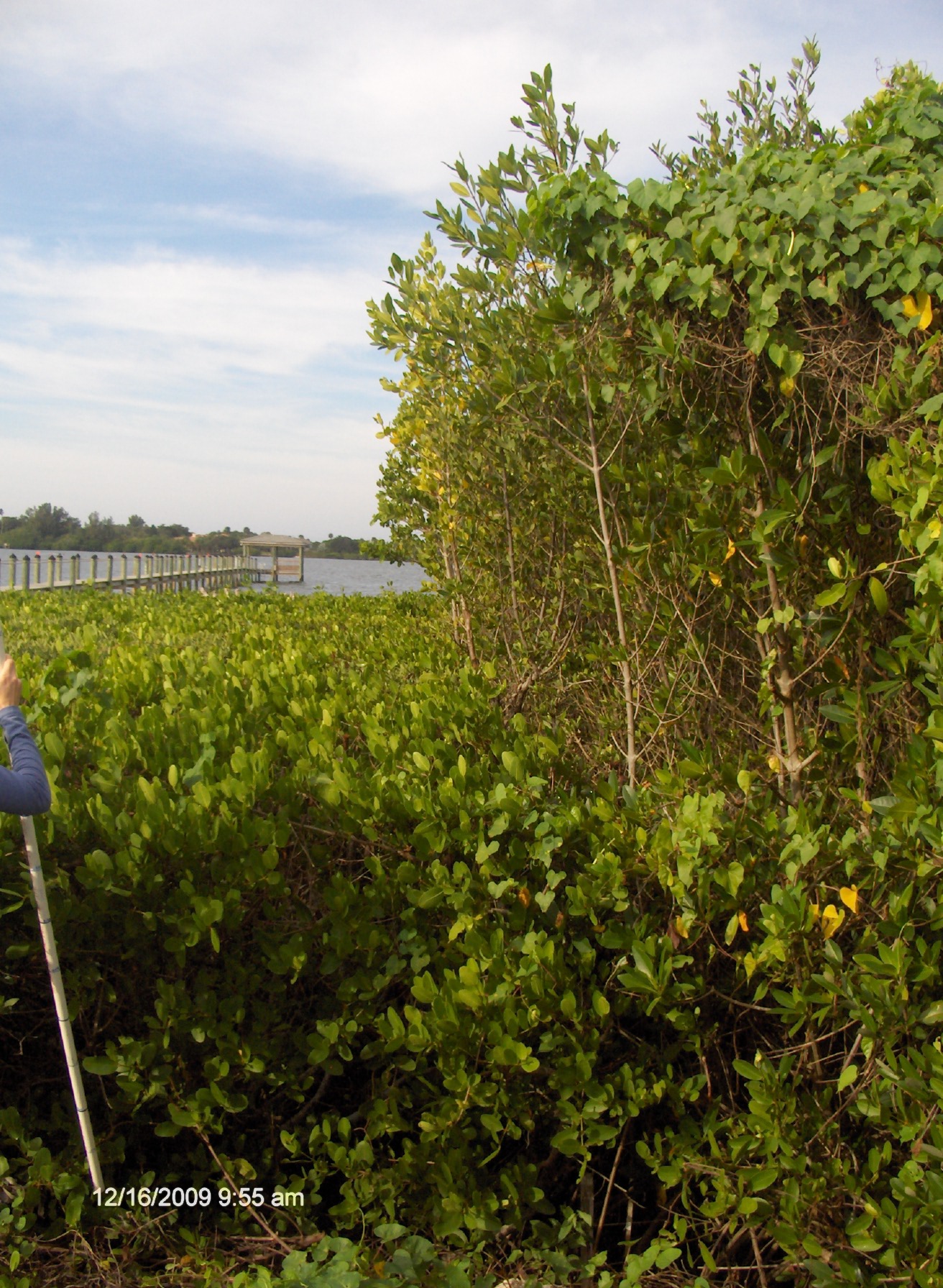 Heavy trimming can undermine or lead to the loss of individual trees or entire stands. 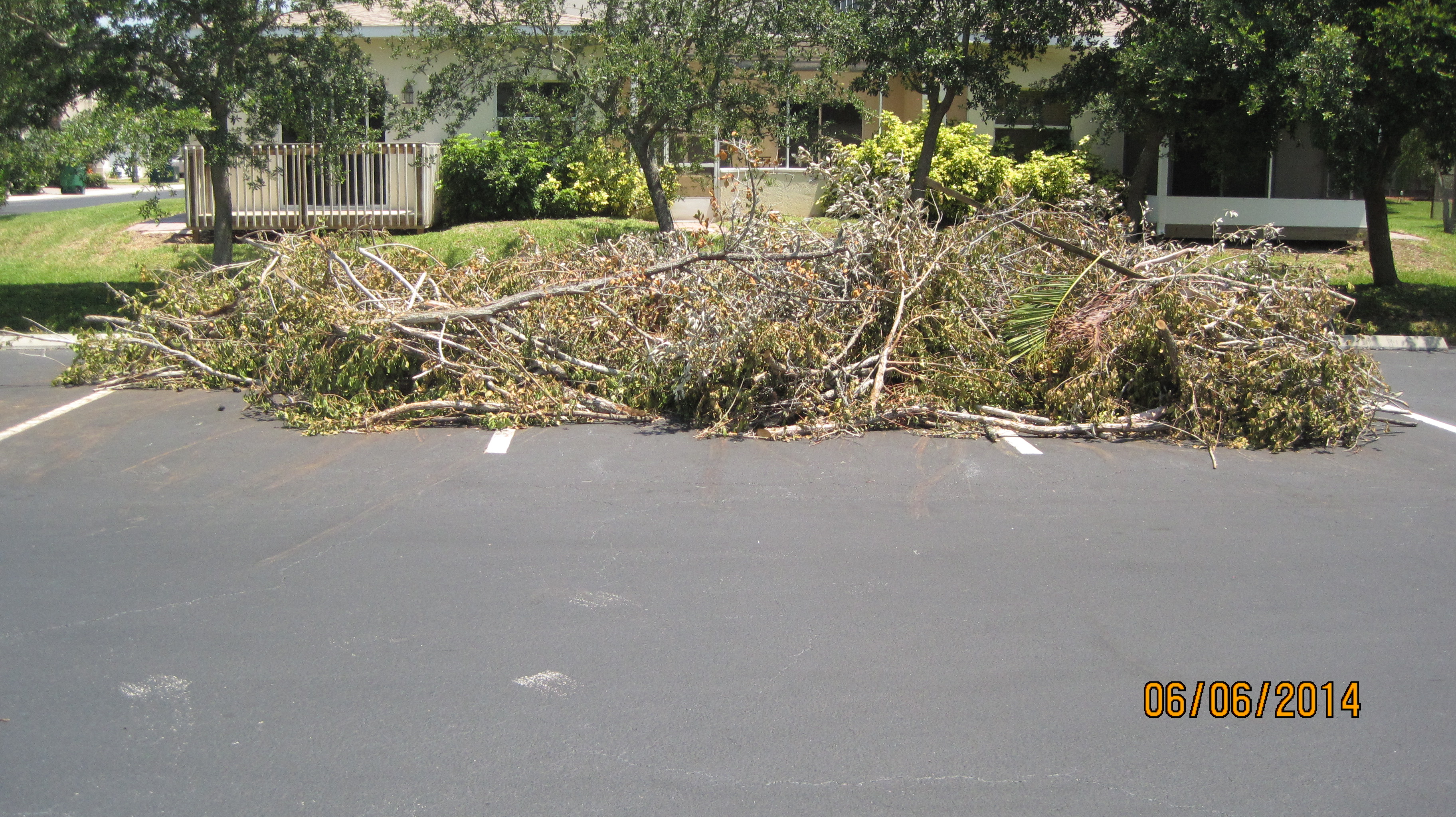 Coastal erosion can also lead to the loss of trees. 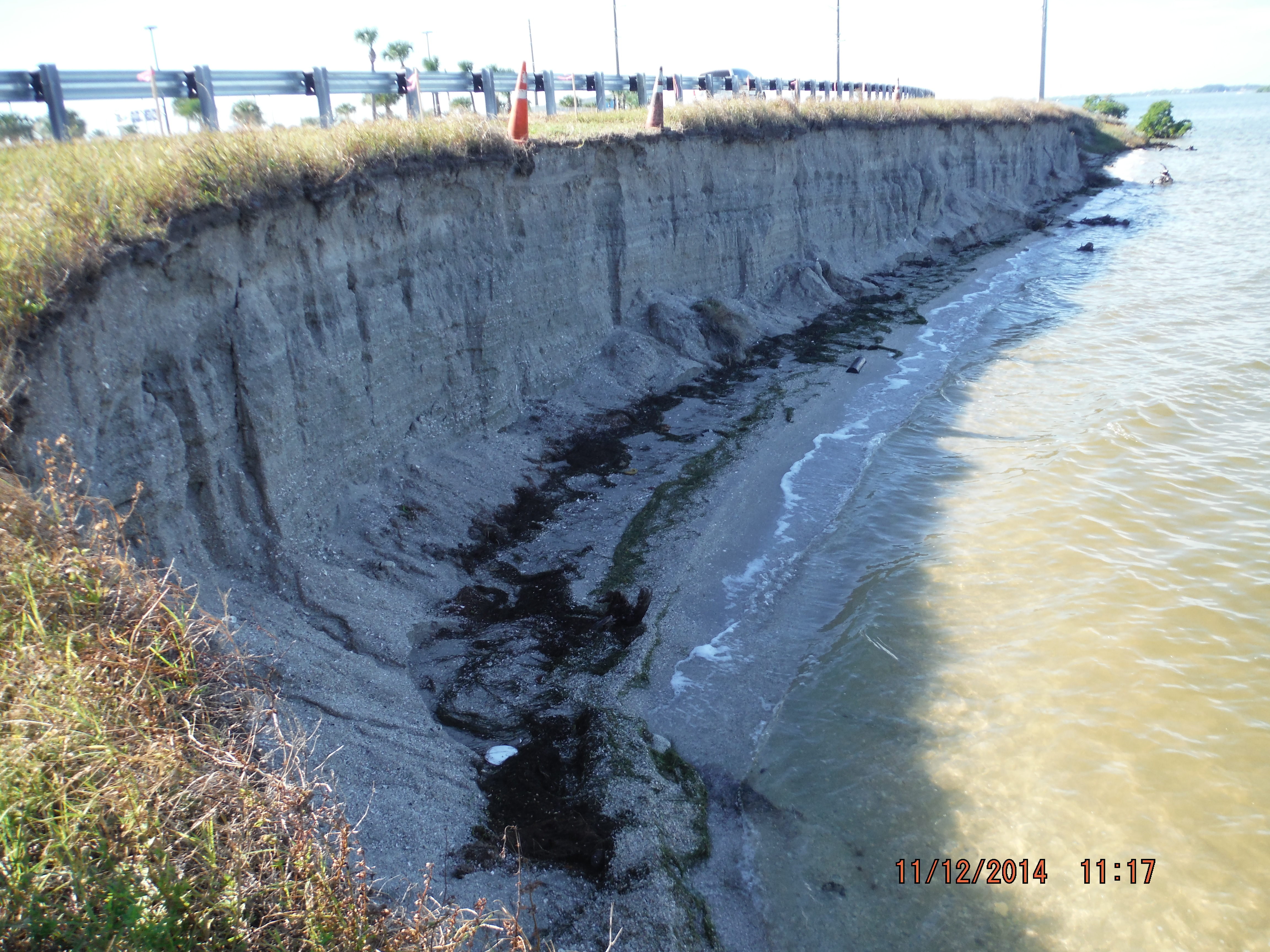 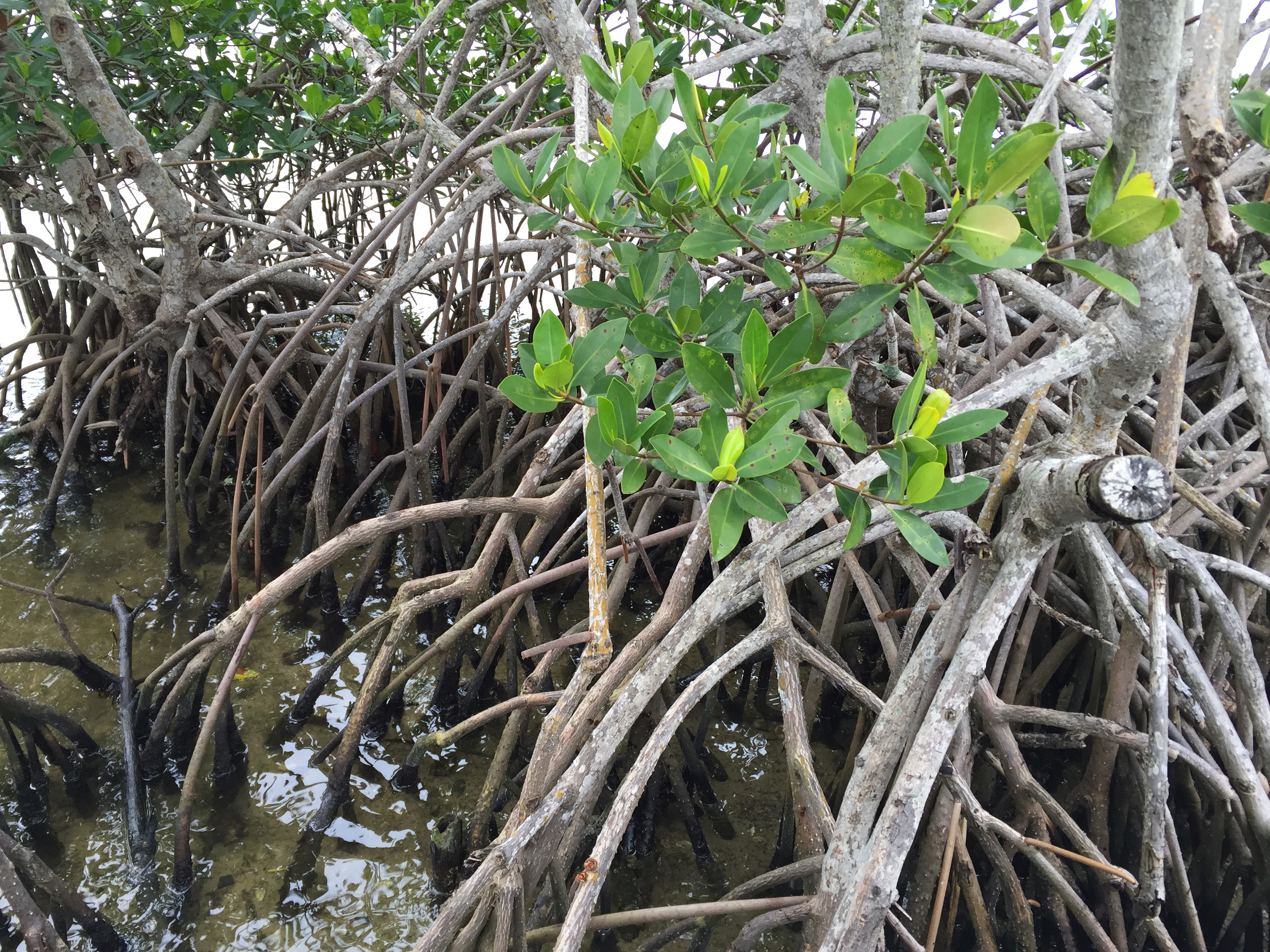