Thank you to all of the folks who helped make our Experiment campaign a great success. We are so grateful for the 99 donors who contributed. Thanks to you, we received additional funds from the Environmental Citizen Science Challenge grant! We wanted to share our March newsletter as a report of our results in 2020. In future newsletters, we look forward to sharing outcomes in 2021 that came about directly from your donations. Thank you!

Manomet's International Shorebird Survey (ISS) is a Citizen Science project designed to gather information on shorebirds and the habitats they use. Hundreds of shorebird enthusiasts across the Western Hemisphere conduct surveys during migration. Data collected are fundamental for population size and trend analyses, documenting wide-scale shorebird population declines. Our goal is to increase the number of volunteers submitting surveys by 20%, leading to better data and analysis.

Shorebirds can nest in vast, inaccessible tundra landscapes, migrate incredible distances, and disperse into frequently remote non-breeding areas for much of the year. How can anyone have a reasonable guess of the number of individuals in these long-distance species? How do we understand how well each species does over time? How do we find out where the most important places are for these birds that fly between continents? Brian Harrington, a shorebird scientist at Manomet, contemplated these questions in the early 1970s. His answer was to establish one of the longest-running citizen science projects in the world, the International Shorebird Survey, in which volunteers throughout the Western Hemisphere capture shorebird knowledge during migration.

Today, shorebirds are undergoing one of the most dramatic declines of any bird group worldwide. Recent studies show that we have lost more than one-third of all coastal shorebirds since 1970. Data collected through the work of dedicated ISS volunteers conducting field surveys during spring and fall migrations, has proven pivotal to a wide range of conservation planning endeavors across the hemisphere. ISS data have also been extensively used to document major shorebird migration staging areas throughout the Western Hemisphere and to identify and process site nominations for the Western Hemisphere Shorebird Reserve Network. Most recently ISS data contributed to the Cornell University and American Bird Conservancy's 3 Billion Birds project.

By increasing the number of volunteers submitting ISS surveys by 20%, focusing on important shorebird areas which currently lack coverage, our goal is to increase knowledge of shorebird populations trends and identify key shorebird sites throughout the Western Hemisphere. Our secondary goal is to build a shorebird constituency with enthusiasts who will care and advocate for shorebirds. To accomplish this, we will recruit, train, and support ISS contributors. We will make sure they have the resources, knowledge, and skills they need to complete their counts via training tools and direct communication. We will continue to improve the ISS Mapping Tool which provides data storage, display, and preliminary analysis for shorebird scientists, partners, and ISS contributors.

1 A training video will share the hows and what of ISS and would help us recruit, train, and retain shorebird enthusiasts across the hemisphere, so they can add to our shorebird database. Since about half of our contributors are in Central and South America we need three versions, English, Spanish, and Portuguese.

2 One of our largest challenges at ISS has been the lack of high quality optics in some parts of the hemisphere. It is very difficult to count shorebirds without them. We want to establish a small grants process to help get vital optics into the hands of citizen scientists in Central and South America.

3 Our online ISS Mapping Tool provides data storage, display, and preliminary analysis for shorebird scientists and partners. We also want our volunteers to be able to see their data and how it contributes to shorebird knowledge. We will use funds to add new features.

4 Conduct a survey of ISS contributors to understand barriers encountered to volunteering.

This project is one of the first citizen science projects in the Western Hemisphere. It has collected key data through volunteers that has been used by governmental and other scientists across the W. Hemisphere. The project also helped in stimulating the founding of shorebird science, education, and conservation groups throughout the Americas. The project is very well managed today. Basic financial support, has always been difficult to obtain for the ISS, will be well-used by its staff . 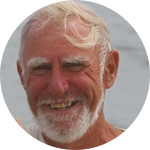 Brian Harrington
Senior Scientist (Emeritus)
Manomet Inc. (retired)
The Great Plains plays a pivotal role in shorebird conservation. However, a huge piece of the puzzle was missing for many years; having long term operational monitoring programs. Having a program like the ISS is vital in the region as it is important to be able to have data from the interior to be used to guide conservation initiatives. On a local level, data from the International Shorebird Survey is used to monitor the impact of our habitat management for shorebirds along with tracking changes in populations and migration timing. 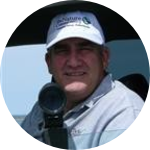 Robert Penner
Avian Conservation Manager
The Nature Conservancy
No-one concerned with shorebird conservation, can fail to see the worth of this project. Local people are pivotal in securing a future for shorebirds and by engaging with them through such projects we can hope that communities will value their shorebirds. Wader Quest's focus is on conservation backed up by evidence based science to support and direct conservation work. This citizen science scheme will increase coverage, and the effectiveness of that coverage, by giving local people the knowledge and equipment to do the job. 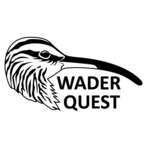 Rick and Elis Simpson
Founders
Wader Quest
ISS has been an essential tool in South Carolina to prioritize important habitat for shorebirds. For example, shorebird surveys supported the recent designation of the Cape Romain – Santee Delta WHSRN Site. Online guidelines for surveying and data entry enable people with various commitment and expertise levels to be part of ISS. Shorebird counts not only add valuable trend information, but the surveyors become the grassroots team for onsite shorebird awareness and conservation. 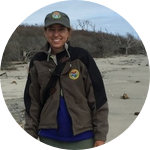 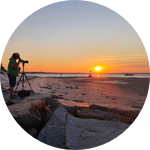 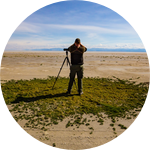 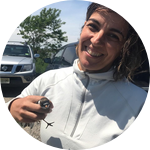 With a deep history in landbird and shorebird research and recovery, Manomet supports wildlife and people by engaging communities and partners to reduce pressure on habitats and mitigate climate change impacts. It addresses these challenges by understanding the science of our natural world and working with partners—including communities, producers, companies, and governments—to develop effective management practices.

Lisa joined the Shorebird Recovery Program at Manomet in 2008 and is currently the North American coordinator for the International Shorebird Survey. She develops and maintains the online ISS mapping tool, creates reports for Manomet scientists and partners, recruits and engages ISS volunteers through social media and newsletters, and finds creative ways to tell shorebird stories using ISS data.

Manomet is all about working towards a sustainable world through engaging with people and effecting a meaningful change in key natural systems that those people depend on. The identification of important sites for shorebirds, a key part of my job, and working with local people to protect these is a clear example of reaching that goal. Data analysis of gathered shorebird data by volunteers that I recruit for the International Shorebird Survey in Latin America and the Caribbean, help to evaluate our success in shorebird habitat conservation, but also provides a necessary basis for monitoring shorebird population trends.

I have worked with shorebirds throughout the Western Hemisphere for more than 15 years. Increasing awareness, knowledge and engagement of the general public, bird lovers and researchers to improve shorebird conservation in Brazil has always been among my goals in life. Those have become goals of the Shorebird Conservation Program that I created and lead within SAVE Brasil.

4 Lab Notes Posted
Thank you to all of the folks who helped make our...
Sanderling Embroidery Hoop
ISS in the Georgia Bight