How do people make sense of kinky fantasies, desires, behaviors and practices? How do they integrate their sexuality into a larger sense of self when that sexuality is stigmatized?

Understanding how people conceptualize and construct their sexual identities will aid efforts to understand the connections between identity formation and behavior, to address stigma and prejudice against alternative sexualities, and to lower health disparities.

Approximately 10-15% of the
general population has experienced or enacted erotic/sexual behaviors that are labeled colloquially as “kinky” behaviors. However, very few studies have investigated the lifecourse development and identity formation of people who construct their social and personal lives around this particular expression of human sexuality.

In spite of the fact that a clinically significant minority of people engage in these practices and build communities around these practices, there is very little scientific work on this particular sexual dimension, which cuts across sexual orientation, nationality, race, class, and gender. This limits our general understanding of human sexuality and sexual health. There are large gaps in the knowledge base necessary to train healthcare providers and mental health professionals and clinicians to provide competent service to this population.

The project will be able to establish a foundation for future research, by documenting some aspects of identity formation and organization in the context of alternative sexualities.

Gathering in-depth interviews is resource intensive - transcribing services are work-intensive, and having a modest incentive for participants is important to honor their gift of time and their disclosure of sensitive information. Without funding, it will be difficult to gather a large amount of data and analyze it in a professional, efficient, and effective way. 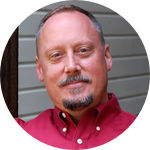