We are evaluating whether male fertility problems are under-diagnosed due to differences in sperm produced in the clinical setting versus during sex. Specifically, we are testing if the quality or quantity of a man’s sperm decreases as he becomes habituated to a particular partner. Evolutionary theory predicts this decrease as well as an increase in sperm measures when a man is “with” a new female, as when using pornography in a fertility clinic.

When a couple is experiencing infertility, one step in the diagnosis process is for men to have the number and quality of their sperm tested. In many cases, men produce the sperm sample by viewing images of women other than the partner with whom they are trying to conceive, such as when they use sexually-explicit imagery as a stimulus. The sperm measures from these samples are used to assess whether a couple’s infertility is due to problems with the quality or quantity of sperm produced by the male partner. In other words, the sperm measures in the ejaculate a man produces using masturbation to sexually-explicit images are considered accurate indicators of the sperm measures in the ejaculate that is produced when he has sex with his partner.

However, evolutionary theory predicts differences between ejaculates produced with a partner with whom a man has already mated and those produced with a new partner. Specifically, the number and/or quality of sperm that a male transfers is expected to decline when a male mates repeatedly with the same female and is expected to increase when a male mates with a new female. The rationale for this prediction is that ejaculates with high number and high quality sperm are more likely to be successful at fertilization but are also energetically costly for men to produce. Therefore, in our evolutionary past, males who invested energy in producing ejaculates with higher quality and/or quantity of sperm when mating with a new partner may have had more offspring over their lifetime than males who did not because they would likely impregnate more females. This effect of partner habituation and novelty on reproductive investment is called the Coolidge effect.

The Coolidge effect on sperm has been found in other species of animals, including fish, birds, and rodents. In the species in which this effect has been found, males transfer more and/or better quality sperm in their ejaculate when they mate with a new female compared to when they mate with a female with whom they have previously mated. These results suggest that males in these species become habituated to females with whom they have mated repeatedly and this habituation produces a physiological response that results in transfer of fewer or poorer quality sperm. Yet, their sperm number or quality can be renewed when mating with a new female.

The Coolidge effect on the quantity and quality of sperm that males produce has not been studied in humans before. However, previous studies suggest that men might have similar physiological responses as is found in other species. For example, in studies of male arousal, it was found that men become progressively less aroused when stimulated repeatedly with images of the same woman and then show heightened arousal when stimulated with an image of a new woman. Because men show changes in arousal with habituation, we predict that they would also show changes in the quality or quantity of their sperm with habituation.

Interestingly, the sperm measures that are indicators of the Coolidge effect are the same measures that today’s science use as indicators of male fertility/infertility. These measures include the number of sperm in the ejaculate and the percentage of those sperm that are moving (called “sperm motility”). As a result, if the Coolidge effect is occurring with respect to the sperm of human males, then the sperm quality or quantity in ejaculates that men produce for infertility diagnosis when using sexually-explicit images as a stimulus would be higher than the ejaculates they produce when trying to conceive with their partner.

In this study, we will test whether men’s sperm quality and/or quantity changes depending on the number of times they have produced ejaculates using images of a particular woman as a stimulus. If the Coolidge effect is occurring, then men’s sperm quality and/or quantity should decrease with repeated exposure to images of the same woman and then should increase upon exposure to images of a new woman.

By studying the effects of “partner” novelty on sperm quantity and quality in men, we hope to provide insights to improve the diagnosis and treatment of fertility problems. Diagnoses of male fertility problems are based, in part, on the quantity and quality of sperm present in ejaculate samples. If we find the Coolidge effect on sperm occurring in men, our results would suggest that male fertility problems may be under-diagnosed in cases in which men use images of “new” females (for example, sexually-explicit images or lingerie catalogs) when producing ejaculates for fertility diagnoses.

The implications of such a finding are that, although a man’s sperm sample appears to have normal quantity and quality when produced with the aid of such images, his sperm number and quality may actually be lower in the ejaculates he produces when trying to conceive with his partner. As a result, doctors trying to assist couples having trouble conceiving may conclude that the problem is not with the male partner and may encourage the couple to pursue unnecessary and invasive tests or interventions with the female partner. If we find the Coolidge effect on sperm, then doctors may want to consider modifications of current procedures for diagnosis and treatment of male fertility problems related to low sperm quantity or quality.

The results of our study will also provide insights to improve our understanding of human reproductive biology. Previous studies have shown that there can be substantial variation in sperm number and quality in ejaculates from the same man collected on different days. Our study will test whether some of this variation can be due to partner habituation or novelty.

The goal of this study is to test the effects of partner habituation and novelty on the quality and quantity of sperm in a man’s ejaculate.

To accomplish this goal, we will test if repeated exposure to a given female in a simulated sexual scenario, followed by exposure to a novel female, has an effect on the subsequent ejaculate produced by the male observer. Each man will watch a series of sexually explicit films depicting the same actress and actor for several trials, each separated by two to three days, and will be asked to produce an ejaculate sample on each trial. The man will then watch a new film featuring the same actor but a new actress, and again, will be asked to produce an ejaculate sample.

My student, Paul Joseph, has already begun this study for his undergraduate senior thesis. He has 14 participants, but we need a larger sample size to draw conclusions. He would like to continue his work on this study over the summer to conduct analyses that will increase his sample size.

The background photo is used courtesy of Wellcome Library, London.

We are requesting funding to pay for the supplies and salary needed to conduct our study of the Coolidge effect on humans. Specifically, the funding will pay for supplies (slides, solutions, tubes, etc.) for sperm analysis and for Paul's salary for one month of work. This study has been started as part of a student’s (Paul Joseph) undergraduate senior thesis research. Our preliminary results suggest an effect of partner habituation on sperm number consistent with the Coolidge effect. We are asking for funding to increase the sample size in our study and to conduct further analyses of the samples we currently have. This funding will allow Paul to continue his work on the project in the summer after he graduates from college and will allow us to pay for the analysis of additional samples.

This is a really exciting project that brings together evolutionary biology and andrology to address a fundamental problem in reproductive health. The work has the potential to lead to simple and cheap measures that will maximise the chance of success in interventions to help couples with fertility difficulties. Dr Sirot is a leading researcher in the field of evolution of male reproductive behaviour and physiology. The project that Dr Sirot and Mr Joseph propose will make an extremely valuable contribution to the science of human fertility.

Stuart Wigby
Research Fellow at the University of Oxford
Dr. Sirot is an amazing reseacher with a rich experience in the field of biological anthropology from her work in insects. She is ideally suited to test predictions about factors that would affect the quality of human ejaculates. Her research has the potential to provide insights to improve the diagnosis and treatment of fertility problems. It is a real pleasure for our group to collaborate with Laura and Paul in this exciting research. 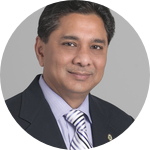 Ashok Agarwal
Professor, Lerner Collge of Medicine, Case Western Reserve University
This project on the Coolidge effect in humans is an exciting and extraordinary undertaking for a senior thesis project. The benefits, in terms of providing empirical data to support or refute the idea that sperm quality is higher in novel situations, has interesting theoretical and applied implications. The study design is straightforward, the analytical techniques are appropriate, and the insights gained will be valuable. In addition, this is a superb opportunity for a young investigator to pursue mentored research with an expert in the field. 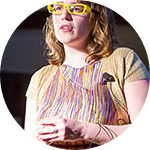 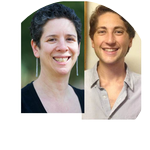 Here is a link to a list of some of my research publications:
http://www.ncbi.nlm.nih.gov/pubmed/?term=sirot+laura

The College of Wooster

To test for the Coolidge effect on sperm in humans, we compare several aspects of sperm quality and quantity between ejaculate samples. We do all of these analyses in our lab at the College of Wooster. Below, is a picture of our set-up. The image on the screen is a live video feed of a sperm sample from the microscope. 
In contrast, below you can see a video of a sample with low concentration.


After measuring concentration and motility, we measure sperm viability. This is a measure of the percent of sperm that are alive in a sample. Surprisingly, human ejaculates can contain a lot of dead sperm. To determine if the sperm are alive or dead, we use a staining method that dyes dead sperm pink and live sperm white as shown below.