Studies on marine mammal personalities are scarce, despite research showing that personality can relate to foraging behavior and fitness. This study will adapt a method for evaluating personality type in grey seals for use on northern elephant seals. Relating personality types to satellite tracks and reproductive success will help us understand how these animals respond to changes in their environment, which is particularly important given rapidly changing climatic conditions.

The Costa Lab has been studying northern elephant seals at Año Nuevo for decades. In addition to tracking demographic information - which individuals return to the colony each year, how many have pups, whose pups survive, etc. - we have and extensive satellite tracking data set. Since 2004, we have used satellite tags to track over 400 individual elephant seals, including repeated tracks from dozens of adult females. The data we have already collected can tell us about an individual's reproductive history and how consistent their behavior is while they are at sea. We are currently lacking information about personality traits, which provide insight into an individual's tendency for risky behavior and their flexibility in the face of environmental disturbance.

With a rapidly changing climate, the ability of individuals to adapt to new environmental conditions has significant implications for the survival of a population. Species that cannot compensate either behaviorally or physiologically to environmental changes are going to struggle in the upcoming decades. Studying personality will address behavioral flexibility in the northern elephant seal. Collecting this data in conjunction with other ongoing studies will allow us to examine the costs and benefits associated with flexible behavior in terms of reproductive and foraging success.

The goals of this project are: 1) to establish a protocol for personality testing in northern elephant seals; 2) to relate personality type to foraging behavior at sea; and 3) to relate personality type to reproductive success. The project will begin this winter and extend through spring 2017. Adult female elephant seals who have been satellite tracked multiple times will be priority study subjects. Each individual will be tested twice, at approximately five and twenty days after giving birth and at minimum two weeks apart. The testing vehicle will emit a novel sound and record each seal's response to that sound. This type of test quantifies the proactivity or reactivity of a individual - in other words, how flexible their behavior is in response to a change.

Field testing personality in seals has been done with the use of radio controlled vehicles equipped with electronics to emit selected noises at the target seals and to record video of the seals' response. I am going to assemble a vehicle appropriate for use on the sandy beaches that elephant seals use for breeding. The funds requested for this project will go towards purchasing the needed components and allow me to begin field testing during this winter and spring.

Some elephant seals take the same route season after season, others change their route every year. Are these patterns assosciated differences in personality. Are some elephant seals inherently risk takers and others risk averse and do the same thing regardless? This is the essence of Rachel's research. Why should we care? A fundamental component of the ability of animals to adapt to a changing habitat is their ability to modify their behavior as the habitat changes. Rachel's research will help us better understand the mechanism underlying the ability of elephant seals to adapt to a changing climate. 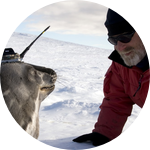 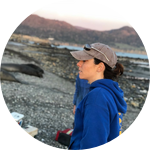 The field team doing research at Año Nuevo includes numerous graduate students, postdoctoral researchers, and undergraduate volunteers, all of whom are critical to accomplishing our ongoing projects. As a group, we have over 50 years of combined field experience working with elephant seals and other marine mammal species. You can find out more about our lab and collaborators at http://costa.eeb.ucsc.edu.

I have been fascinated by marine biology throughout my life. During college, I entered the world of top marine predators while working on the Pribilof Islands in Alaska. I had the opportunity to work as a field tech on a variety of projects studying northern fur seals, kittiwakes, murres, and auklets. I went on to get a Masters degree in Oceanography at Oregon State University and taught undergraduate chemistry at Principia College for several years. I returned to graduate school to complete a PhD in biology, blending my experiences in ocean science and seal biology to study northern elephant seal foraging behavior and habitat use.