The response of Yellow Tang to the projected 4°C rise in Indo-pacific sea surface temperatures remains unknown. These fish play an important role in maintaining coral reef ecosystem health, just as they represent an economically important fish to the aquarium industry. The more we can learn about them now, such as thermal maxima and corresponding metabolic rates, the more prepared we will be to help mitigate the effects of warming ocean temperatures on this delicate species.

While many studies have examined the effects of rising sea temperatures on corals, far fewer focus on the predicted effects on reef-associated fish species. Herbivorous fishes, such as the Yellow Tang, exert system-wide influences on the reef by restraining the overgrowth of algae. Such an overgrowth can in turn suppress or even kill corals.

Reduced populations of herbivorous fishes because of overfishing and habitat degradation have already been known to cause a shift in reef ecology from coral to algae dominant. This type of ecological shift can preclude corals from recovering from disturbances like hurricanes, thus it is important to determine if rising ocean temperatures are likely to have significant negative impacts on herbivorous reef fish, and thus further the ecological shift.

Coral reef systems are hubs of biodiversity for fish, invertebrates and corals while their sensitivity makes them great bio-indicators. Coral reefs serve other functions, including acting a nursery ground, protecting coastlines from erosion, and supporting local economies through tourism and fishing. Herbivorous fish, such as Yellow Tang play a critical role in maintaining coral reef systems, thus a population decline could prove disastrous.

My project will quantify the metabolic responses of Yellow Tang to rising ocean temperatures on the reefs of Hoga Island, Indonesia. Yellow tang are of particular interest given their wide geographical distribution, from the Indo-Pacific to the Hawaiian Islands. While thermoregulatory behavior has been studied in Hawaiian populations, citing Yellow Tang's preference for cool water (21°C) consistent with that of other cool water species, no studies have looked warm water tolerance of the genetically distinct Indonesian populations.

To do this I will test the resting metabolic rates (RMR) and the critical thermal maximums (CTmax) of 120 wild caught tang. My trials will analyze the RMR and CTmax of fish held in the lab at current reef temperatures, and at the predicted ocean temperatures.

The funds raised through this campaign are critical to the completion of my masters thesis; a project that will provide important data as to the consequences of global warming. Currently I have partial funding in the form of scholarships from Sigma Xi and the Cal State Northridge graduate department. I am putting these towards the field station fees but I need help financing the remaining fees and my airfare. Any donation is greatly appreciated and any funds raised in excess of my current goal will be applied directly to field station fee.

Lorna is my graduate student working toward her Master's of Science degree. She is embarking on a great project that will give us some insight into how rising ocean temperatures may impact an algae eating fish that is common to virtually all coral reefs of the Indo-Pacific Ocean. Surprisingly, studies on rising temperature effects on fishes are rare, so please help her out. 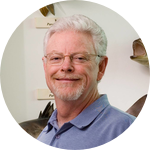 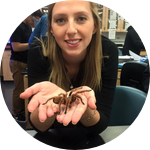 My passion for animals runs deep. Since I was a child I have been fascinated with the environment, and have loved interacting with animals. From tidepools as a toddler to research dives as a college student, I have always loved the ocean. To me the ocean represents so much more than a food source or a nice place to swim and or this reason, it has become the focus of my current research.

I completed my undergraduate degree in Biology with an Environmental Studies minor at Randolph College (formerly Randolph-Macon Women's College) in Lynchburg VA. Following that I interned at the California Wildlife Center, and ultimately went on to work as transgenic zebrafish lab technician at the University of Southern California (USC).

I am currently a marine biology Masters student at California State University, and my research focuses on the effects of anthropogenic changes on fishes, specifically important tropical fishes such as yellow tangs. These fishes are extremely important members of coral reef communities. They will likely play a large role in how coral reefs respond to predicted changes in ocean temperature and chemistry, caused by increased atmospheric CO2.

My goal for the future is to start a career forming marine policy in order to conserve ecosystems such as coral reefs.

I really appreciate any donations, large or small and I would love to offer you something in return. All donors will receive a personalized thank you, and the following 'donation milestones' can look forward to something extra!

All donations- personalized thank you

$25- personalized thank you with printed pictures from my field season

$50- Email updates from the field and the above

$100- Acknowledgement in any published papers resulting from this study, and all of the above

$500- Presentation of thesis for you or a group (ie school group, colleagues etc) and all the above. The presentation can be done in person in the Southern California Region, or via Skype for any other location.

Me in the field off of Santa Catalina Island, California

Taking a break in the Jungle