GO-JEK is a transportation service innovation that today is arguably Indonesia’s leading startup. Its inspiration was the humble ojek—the single passenger motorcycle taxi. Having rapidly diversified to also delivering various services, its proclaimed motto is “speed, innovation, and social impact.” I will explore GO-JEK's social impacts—livelihood security, access to services, social status—on its mostly low-income drivers in the city of Surabaya.

Asia’s urbanization-led economic growth has greatly reduced poverty, but it is exacerbating urban inequality. In Indonesian cities, this transformation is manifested in: soaring social media participation; growing low-paid, insecure employment; and urban policies that excludes poor migrants, who live and work precariously in the informal sector. Poor public transit infrastructure makes most Indonesians depend on private transportation—cars/taxis for the privileged, motorcycles for the rest. But ever-worsening congestion and urban flooding impede everybody's mobility. So, as a services provider that mobilizes and matches the supply of low-skilled labor to the growing demands of the privileged, GO-JEK could potentially effect wide social and economic impacts.

Jakarta receives disproportionate research attention. This study focuses on a smaller city, Surabaya. It will investigate whether GO-JEK is ameliorating the socio-economic vulnerabilities of the drivers, and the service providers/users who rely on it. Surabaya is widely recognized as a progressive city. It is renowned for creating KIP, a shelter upgrading program that dramatically reduced poverty. More recently, its environmental, e-governance, and welfare interventions have garnered praise. However, my own research for over a decade in Surabaya also reveals that urban shelter and social policies exclude poor migrants, partly because civil society and private sector participation in planning and governance is weak. Could initiatives like GO-JEK be altering the status quo?

This study will involve a short survey of about 50 GO-JEK and other ojek and taxi drivers (a control group) to explore the implications of working for GO-JEK on income, benefits, access to services (shelter, credit, health, etc.), and social perceptions. Also, open-ended interviews with drivers, riders, users, planners, and researchers will elicit wide-ranging views. I expect the proposed study’s findings to later facilitate a larger comparative inquiry of GO-JEK in multiple smaller cities. Doing so will illuminate the potential of technology-based innovations to constructively disrupt the stolidity of urban policymaking through collaboration among state, business, and civil society. It will clarify how that can lead to more pro-poor urban policymaking and planning.

The budget for the proposed study will facilitate 15-20 days of field research in Surabaya in the summer of 2017. The items of the budget include: the researcher’s travel to and stay in Surabaya; training and hiring three university students as surveyors; small compensation for drivers and souvenirs for other respondents; and a research assistant for transcribing interviews and organizing survey data.

Ashok Das is an excellent researcher, who will use his skills and experience to conduct his study. Dr Das is very familiar with the Surabaya context, and has conducted multiple studies in Indonesia related to housing, community, development, and environmental improvements. I give his project my highest endorsement. 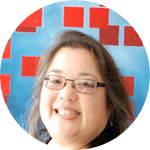 Lois Takahashi
Professor
UCLA Luskin School of Public Affairs
Even technology driven innovations like Uber and Go-jek ride on the back of humans who buy into the idea as users and operators. I find this project very relevant to understand the people, their motivations and the barriers they face. These insights will certainly help Plan for inclusivity even as we pursue the goals of efficiency and better quality of life in urban locations. Who better than Ashok Das to take this task on. Ashok is a dedicated researcher with an intimate knowledge on Surabaya and a passion for improving cities in Asia. 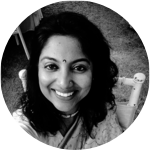 Mukta Naik
Senior Researcher
Centre for Policy Research, New Delhi, India
Ashok is one of the most creative and analytical minds I know. With over a decade of experience researching and studying the social and economic conditions in Surabaya, it's extremely exciting to see his years of hard work and dedication manifest in Go-Jek. Ride share and the smart phone technologies like Go-Jek have the potential to transform lives and regions as an affordable and viable alternative to public and personal transportation. 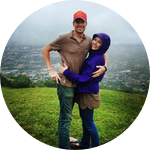 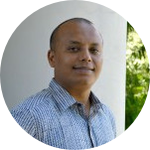 Ever since I was a child growing up in India, I was puzzled by why some people, countries, and regions were more privileged than others. I began to understand those disparities better in university. Trained as an architect and urban planner, I now teach at the University of Hawai’i at Mānoa (UHM). I did a PhD in Urban Planning from the University of California, Los Angeles (UCLA), M.Arch. and MA (in Environmental Planning & Management) from Kansas State University, and B. Arch. from the School of Planning and Architecture, New Delhi. Prior to UHM, I was an Assistant Professor at the San Francisco State University. Broadly, my research explores institutional challenges to and innovations in ameliorating urban poverty in developing countries, primarily in Southeast and South Asia. My doctoral work took me to Indonesia, where I have continued to do research ever since. Community participation and empowerment, slum upgrading, decentralization and local governance, and the role of civil society in development are among my key interests. My recent research has focused on community-managed integrated microfinance, disaster risk reduction, and pro-poor shelter policies.

I have worked as an architecture and planning consultant in the United States and India. At one time, I was also the chief cartoonist for the Indian magazine, Architecture+Design.

2 Lab Notes Posted
GO-Note from the field
Next steps

GO-JEK is a transportation service innovation launched in 2010, which today is arguably Indonesia’s leading startup. Active now in 15 cities and employing over 200,000 drivers, it attained ‘unicorn’ status in August 2016. Its inspiration was the humble ojek—the single passenger motorcycle taxi, especially efficient in Jakarta’s traffic-choked streets and congested neighborhoods. From personalized transportation, GO-JEK has rapidly diversified to delivering to the doorstep various services—courier, groceries, food, medicines, tickets, beauty, to name a few. GO-JEK’s self-proclaimed motto is “speed, innovation, and social impact.” This research will explore its social impacts—livelihood security, access to services, and social status—on the mostly low-income drivers that it deems partners.