Angelsharks are a critically endangered family of sharks, and are heavily impacted by fisheries bycatch. They are now in fact one of the rarest families to exist. Their Mediterranean distribution has rapidly declined, but Angelsharks are still seen in southern Aegean waters. This study will survey fishermen, conduct underwater observations, and educate fisherman to gain knowledge on distribution and support greater protection of Angelsharks.

Angelsharks are currently facing extinction and are now only found in a few small pockets in the Mediterranean Sea. We know that all three species are present in Turkish Mediterranean waters, but very little else is known about them, making this a very important region to focus research on. This study will use fisher knowledge to identify and map their critical habitats and learn more about their ecological roles. The underlying goal is that their critical habitats gain protection and their populations are rebuilt to levels where they can fulfill their natural role in the ecosystem as a top predators. The most recent Action Plan for Mediterranean Angelsharks can be found here.

This project will focus on some priority research items as highlighted in the Mediterranean Angel Shark Regional Action Plan.

There is very little knowledge on angel sharks in the region and any data gathered will be useful for their future conservation.

Fisher surveys have two large benefits, gathering ecological local knowledge about the species and their habitats, while also educating the fishers at the same time. Fishers will be taught about the critical status of the species, their protected status, the importance of live release and safe handling methods to ensure their live release back to the sea. Future reports for sightings will also be encouraged.

To better understand angel shark distribution, 150 fishers will be surveyed in 7 cities in southern Turkey from June to Nov. 2021 spanning 500 km of coastline. The goal is to map regional hotspots for angelsharks, and then to use this data to influence policy and get these critical areas under protection from fishers in the near future. Once hot spots are identified, then they will be monitored by scuba diving once every 2 weeks for a three month period to complete underwater mapping of the habitat for benthic type, and recording other biodiversity and hopefully angelsharks. When the fishers are being surveyed, they will also be educated about the decline of angelsharks, urged to improve angel shark sightings, and will also be taught safe-handling and release techniques.

The surveying budget will allow me to dedicate the needed time to do in-depth fisher surveys in 7 coastal Turkish towns from Antalya to Bodrum (covering about 500 km of coastline), the funding will go to gas, food and lodging.

Boat rental will permit me to compensate some fishers for taking me fishing, and map the exact locations (using gps coordinates) of catches where angelsharks have been caught in recent years.

Scuba diving will enable me to map the benthic habitat where angelsharks are found, identify the substrates, identify the type of zone these areas in, and hopefully observe some live angelsharks. I will also need assistance of a dive buddy.

Since angel sharks are critically endangered species, and commercial fishing activities are supposed to be a major source of threat, we need to know the boundries of angel shark habitats. The project can also map the possible overlaps of fishing grounds with critical habitats, like nurseries. Thus, this project and the researchers are worth be supported, and i endorse them. 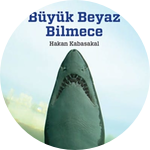 Hakan Kabasakal
Citizen Scientist, Elasmobronchologist
Ichthyological Research Society
I am really interested in this project. I believe it will be able to take into account some critical questions regarding the decline of the population of angel sharks in the Mediterranean. I'm also convinced  the researchers involved in this project will not only be able to answer the various questions that will arise, but will also be able to coordinate the various colleagues involved as well as the situations that will arise step by step 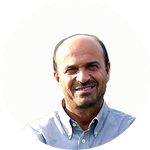 FABRIZIO SERENA
Senior
CNR IRBIM-National Research Council – Institute of Marine Biological Resources and Biotechnologies
The three species of angel shark found in the Mediterranean are Critically Endangered mainly due to decades of unmanaged fisheries. Recent records of all three species in Turkish waters highlights the need for targeted research in this region. By engaging with fishers, this project will help to shine a light on angel shark distribution and habitat, providing important information necessary to help their conservation and supporting the vision of the Mediterranean Angel Sharks: Regional Action Plan to restore angel sharks to robust populations. 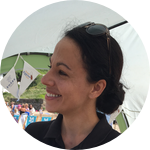 Rebecca Gillham
Conservation Officer
The Shark Trust
This is a neat project, aimed at protecting fish that should never have become endangered: seriously, who needs to eat angel shark? 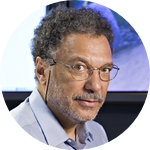 Fisher surveys will occur from June until September.

Above-water and underwater mapping (with scuba) will take place from September until November. 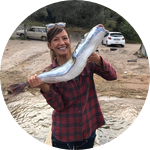 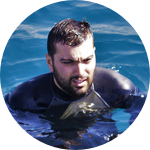 iSea, Environmental Organization for the Preservation of the Aquatic Ecosystems
View Profile

The sea is definitely where I feel most at home. I became a PADI scuba instructor in 1999, and soon realized my passion for sharks outweighs most other passions. When I see them underwater, my heart literally bursts and I have this urge to get close to them and pass this love to them. The fact that many species of sharks are rapidly declining is not ok. We need to mobilize action where it is most needed. After teaching diving for about 10 years around the world, I realized I needed to improve my education to be able to help where it is needed most.

In 2013 I received my Masters degree in Fisheries Science from the University of British Columbia, which gave me a great introduction from some of the best marine biologists of how to conduct science that matters. After that, I won an amazing scholarship to conduct my PhD in Italy and Paris studying alien species in the Mediterranean where I got to travel to seven countries to conduct my fıeld research. We did the largest study ever completed on alien species in the Mediterranean, identifying 74 alien species only in marinas. In 2018 I moved to southern Turkey, where my family is from, and opened my own Marine Conservation Consulting company Mersea Marine Consulting in 2019. I specialize in pufferfish, lionfish and shark research, along with providing English editing services for academics. I also fund my research through selling invasive lionfish jewelry.

I have an amazing international team that provides support wherever needed and am optimistic that along with my many passionate collaborators, together we can do the science that matters, help guide policy changes and improve the declining state of the seas. I always work hard to achieve my goals and am confident we know what steps are most important to take to achieve them. Thank you for the visit.

Ioannis is a marine biologist with a background in the conservation of Mediterranean endangered marine megafauna. His research focuses on elasmobranch conservation, historical ecology, conservation policies, iEcology, citizen science and local ecological knowledge.Ioannis has more than a decade of experience in conservation projects in the Mediterranean and currently, he is the Fisheries Director of iSea and a member of the Marine and Environmental Research Lab. At the same time, he is conducting my PhD in Elasmobranch Conservation Policies at the University of Patras in collaboration with the University of Padova.

Ioannis is the Greek delegate in the European Elasmobranch Association, member of the IUCN SSC Shark Specialist Group and a Member of the European Board of the Society for Conservation Biology. His work has been published in scientific peer-reviewed journals and he is constantly participating in international and national conferences.

You can find more here: https://isea.com.gr/about-us/our-team/?lang=en

Very little is known about these species as they are rare and one encountered through some bycatch. Anything we learn through this project will be super beneficial to understanding this emblematic family of sharks and hopefully contribute to the protection of their habitats.