Berries are a crucial fall resource for a multitude of wildlife species including migratory birds, threatened grizzly bears, black bears, and a variety of small mammals. Berries are also an important socioeconomic and cultural resource for local communities and indigenous populations. We leverage satellite and aerial imagery data within a machine learning framework to develop species-specific maps of shrub distributions along the biologically diverse Rocky Mountain Front.

Our previous research has shown that mapping a single keystone shrub species (Vaccinnium sp.) on a landscape-scale via unique phenology is possible with moderate-to-good accuracy. The Rocky Mountain Front in northern Montana, USA encompasses portions of Glacier National Park, the Blackfeet Indian Reservation, and the Badger-Two Medicine area, a culturally and spiritually significant region for the Blackfeet tribe under USFS management. Although the region is vast, climate change and human land-use threaten populations and habitats of sensitive species like grizzly bears, migratory birds, and migratory ungulates, but remain understudied. Plants are unequal in the eyes of wildlife populations, and berry-producing shrubs are some of the most productive in terms of caloric value to wildlife.

Species-specific food source maps are an integral part of any wildlife study. Current best practice assigns food source importance in an ambiguous way, often assigning food source importance based on rough differences in growth form, e.g. grasses vs. trees. Wildlife choose habitat and food in a much more specific way. Dispersing grizzly bears do not view a patch of stunted quaking aspen in the same way they view a patch of huckleberries, serviceberries, or chokecherries. Similarly, in the autumn, migratory waxwings find large caloric differences between juniper berries and the grasses this unique shrub may be labeled as in current landcover maps. The micro-placement of these shrubs on the landscape influences day-to-day wildlife movements perhaps more than any other single variable.

We are prioritizing shrub species for mapping based on two criteria; 1) Importance to sensitive wildlife populations, e.g. grizzly bears, and 2) efficacy of mapping a species accurately following initial pilots. We will then begin by collecting location data for the highest priority species and summarize aerial imagery, satellite imagery, and radar-derived variables to describe each species’ unique signature. Half of the location data will be used to train the computer using a machine-learning algorithm to detect and predict our priority species, and half will be used to test our prediction. We will map the two highest priority berry-producing shrub species at 1-meter resolution, scaling from site to landscape across the Northern Rocky Mountain Front.

Current pilots have determined that black huckleberries and serviceberries show the highest potential for mapping accurately, and are also regarded as the most important species to the cultural, ecological and socio-economic well-being of the region. Mountain ash, juniper, buffaloberries, and chokecherries also offer ecological and cultural importance, although efficacy of identification, more limited distributions, and more likely a smaller caloric input to the diets of sensitive species place them lower on the priority list. Each species we can accurately map at the landscape scale allows wildlife managers, ecologists, and tribal governments a level of geo-spatial information on important species that rarely exists. Funds for data collection, machine-learning, and accuracy assessments are an incredible contribution to wildlife and landscape conservation in the northern Rocky Mountains. 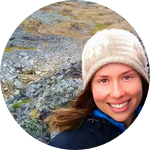 We are currently completing species prioritization and targeting life history traits of species for most accurate mapping. Data collection and variable creation from several GIS and remotely-sensed datasets will be completed by mid-April, followed by identification of target species locations by May. Data will then be summarized at the site-level and a random forest classification algorithm will be applied. Accuracy assessments will be completed by June 1. 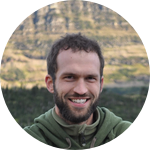 My research broadly encompasses the study of landscapes and how they shape and are in turn shaped by flora and fauna populations. My expertise lies in leveraging satellite and aerial remote sensing measurements to take local processes and scale them up to landscape-level understanding. I apply creative problem solving to conservation and management questions arising from the influence of humans on wildlife population dynamics. My focus includes a special emphasis assessing long-term trends in vegetation productivity and phenological change as a result of a changing climate and the effect they have on wildlife populations.

I have a diverse field data collection background in several biomes with a variety of sensitive species and spend all of my free time outdoors in the Greater Glacier Ecosystem, Montana with family, allowing for insights and connections rare in the realm of “big data” scientists. My introduction to scaling-up on-the-ground ideas to the global scale began with my Master’s research, which took a field site idea and used it to develop a novel method to track extreme vegetation responses to drought using MODIS imagery.