How similar are you to your neighbors? Do you watch similar TV shows? Have similar prejudices? Research suggests we are very similar to those we live and work near. This means people with similar types of prejudices may cluster together and discriminate in similar ways. Our research will examine the geographic distribution of four distinct types of prejudice against African Americans.

Overt expressions of racial prejudice and discrimination against African Americans seem to have decreased since the 1960s, due in large part to the Civil Rights Movement. However, research has shown that racism has not necessarily declined. Instead, its presentation and expression have merely changed.

Our study accounts for this by measuring prejudice at both the implicit (or unconscious) and explicit (or conscious) level. This allows us to capture four distinct types of prejudice.

We will map the distribution of these four types of prejudice in the United States, becoming the first researchers to do so. This will add to a line of research in personality psychology which has found that similarly minded people tend to cluster themselves geographically.

Our research focuses on how individuals who exhibit prejudice against African Americans are distributed within the United States. Our study will be able to classify individuals, and thereby their communities, as belonging to one of four distinct categories:

Mapping the distribution of racial prejudice will allow for the examination of how location affects the manner and frequency of prejudicial behavior.

Our research team will use the data collected from individuals in the United States to answer the following questions:

Short-term Goals:
Does racism differ in its presentation across different areas of the country?

Do people tend to live near others with similar types of prejudice?

Long-term Goals:
Do clusters of prejudice types predict real-world discriminatory behavior within their community, such as:

We have set a primary goal of $1,001 to begin data collection on this study. This goal takes into account the following budgetary items:

That's it. All we are asking for is enough to pay our participants and our service providers. We will recruit individuals from all 50 U.S. states using Amazon's Mechanical Turk crowdsourcing platform. Each participant will be paid $0.36 for completing a combination of self-report surveys and reaction-time tasks. This may not seem like a lot of money. However, our past experiences with this platform have led us to believe that it will be perceived as a fair wage within the Mturk community. In addition, Mturk participants are often guided by their interest in research, rather than monetary gain. 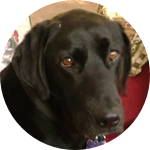 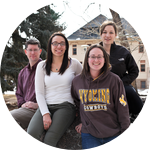 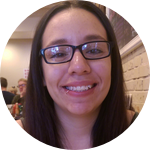 The Spatial Psychology research team at the University of Wyoming was formed to pursue research questions related to how psychological constructs are represented in and affected by their geographic space. Members include graduate students and faculty members in Psychology and Law and Social Psychology sub-disciplines.

Freng, Scott & Willis-Esqueda, Cynthia (2011): A Question of Honor: Chief Wahoo and American Indian Stereotype Activation Among a University Based Sample, The Journal of Social Psychology, 151:5, 577-591

Schweitzer, Kimberly, Varley, S., Kehn, A., & Nunez, N. (May 25, 2012). Limits to the Cross-Race Effect: Are Cross-Race Composites Easier to Identify in a Line-Up? Poster presented at the annual Association for Psychological Science conference. Chicago, IL.