Microplastics, which are particles less than 5 mm, have become a major concern in our oceans as we don’t know their true impact on marine life or on their transfer to humans through seafood. Microplastic can harm marine life physically or through leaching of chemicals. My study will create a baseline of microplastics in Savin Hill Cove, Boston Harbor. I am focusing on the abundance, size and composition of plastic along with plankton ingestion of microplastics.

The amount of plastic entering the ocean annually is around 8 million metric tons, with a range of 6,350-245,000 metric tons of present floating debris (Jambeck et al 2015). A recent study found that eight trillion microbeads were entering aquatic environments throughout the United States every day, eventually much of this plastic reaches the coastal ocean (Rochman et al. 2015). Research is in demand due to ecological, economic, and social impacts. Ecological impacts include organism health and the potential harm from ingestion and toxicity. Economic value can be affected from organism health decline, loss of fishing, and tourism. There are implications of potential human health risks with the consumption of organisms that have been exposed to plastics (Galgani et al. 2010).

This project will provide the first information on microplastic abundance and composition in Boston Harbor. Microplastic can be passed through the foodweb and potential transport other pollutants into marine life. Knowing the abundance, size and composition of the plastic in Boston Harbor can be used to educate people about the dangers of plastic pollution, used to inform policy makers and help to clean our oceans and planet and it can be used by scientist to monitor changes in the plastic pollution level in local waters and potentially contribute to global models on plastic pollution.

· Investigate what controls and affects abundance of microplastics such as tides, rain events, offshore storms

I'm currently processing samples for microplastic abundance and abundance within zooplankton. To determine the composition and to understand the type of plastic, I need to use Fourier Transform Infrared Spectroscopy (FTIR). FTIR analysis can determine the type of plastic present (polyethylene, PVC, etc.) which gives information on the source (plastic bags, water bottles, etc). FTIR is available in a another lab at UMass Boston but the cost is $49/day. I have 138 samples and I need to analyze at least 60 to assess seasonal composition of the microplastics; processing more samples will give a more complete picture. I can process 6-8 samples in a day and obtaining the funding for 10-11 days will allow me to complete my project. A SPOT software upgrade will allow quick measurement of the size of microplastics. I have 2700 images that need to be measured.

I am very excited about this project. Microplastics are a huge problem and getting information on their abundance and consumption by plankton in Boston Harbor will help us to learn, educate and manage this problem in the future. 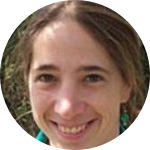 My name is Tyler O'Brien and I was raised in Danvers, MA which is about 20 minutes outside of Boston. My passion is educating others on environmental problems and would love to one day become a science teacher. I became interested in plastic pollution after completing an internship with Blue Ocean Society of Portsmouth, NH. Part of my work was tracking and classifying macro-debris of all categories. I found it shocking how plastic dominated the categories compared to wood, paper, metal, etc. Microplastics became an interest when I started reading articles on this global environmental issue. The reason I found this topic interesting, is unlike many other materials, plastics do not go away they just break down into smaller and smaller pieces. I feel its important to study this issue at the smallest level, meaning how it is affecting the zooplankton. Zooplankton is the basis of the food web in our World's ocean, even the largest of organisms feed directly on them. By looking at plastics within the zooplankton, I want to understand how it may get passed along from organism to organism. I also was shocked that there was little known about microplastics in Boston. This is how this project was created, just out of simple curiosity and will become a baseline project to get Boston's microplastic research going in the future.

Link to my interview with Living on Earth at the beginning of my project:

Link to a youTube video that I made with Lauren Laskey on plastic pollution in the environment for a science communication project:

Linked papers from the context of this project section: