Emerging diseases have been increasingly associated with population declines, with co-infections exhibiting many types of interactions.
The aim of this study is to identify the dynamics of the pathogen co-infections (Dermocystid-Chytrid-Ranavirus) that are present in an amphibian community inhabiting a protected wetland from North-Western Spain and to evaluate its possible negative impact on endemic species due to mortality events

Gandaras de Budiño wetland is a Special Conservation Area, included in the Natura 2000 network of European protected areas, located in NW Spain. Endemic amphibians as Bosca’s newt (Lissotriton boscai) and Golden-stripped salamander (Chioglossa lusitanica) are present. This is an important breeding area for Iberian painted frog, Iberian common toad, Fire salamander, Iberian tree frog and Marbled newt.
We discovered newts in the Gandaras de Budiño that are affected by a fungal pathogen similar to Dermocystidium. Palmate newts and L. boscai presented with cysts along their bodies. We have also detected mortality of both these species due to this fungal pathogen. Interestingly, molecular analysis suggests the presence of both fungal and viral pathogens in these individuals.

The emergence of infectious diseases with a broad host range can have a dramatic impact on entire communities and has become one of the main threats to biodiversity. Ranaviruses are large, double-stranded DNA viruses of the family Iridoviridae, which are emerging pathogens with broad geographical and host ranges. Most studies of amphibian infections focus on two pathogen groups–chytridiomycete fungi and ranaviruses. However, a rising number of reports of amphibian infectious skin diseases have been attributed to a relatively poorly studied group of organisms belonging to the order Dermocystidia.

The aim of this study is to evaluate the incidence of pathogen co-infections that are present in amphibian communities inhabiting a protected wetland in NW Spain, and to evaluate its possible negative impact on two endemic species: Bosca's newt and Golden-stripped salamander.

From July to December we will survey the Gandaras de Budiño wetland for infected individuals. We will take tissue samples from all dead or dying individuals found in the area. We aim to collect 100 samples.

After collecting samples, we will use qPCR to identify the pathogens involved in newt mortality events and evaluate the effect of this co-infection of pathogens on endemic amphibian populations. Data of presence/absence, reproduction, larvae, species detected will also be recorded.

This project is a partnership between Spanish Herpetological Association (AHE) and Bosch’s lab at the Spanish National Museum of Sciences (Spanish National Research Council, CSIC).
Our project will combine fieldwork and lab work to achieve information about species affected by pathogens (Fieldwork by AHE technician) and quantify the infections loads of Bd and ranavirus but also to detect the presence of Dermocystidia-like pathogens. (Lab work by Bosch lab).
This budget would be critical to support fieldwork. Most of the lab work would be covered by Bosch´s Lab fundings.
AHE field technician will visit Gandaras de Budiño SCA wetland weekly in order to detect amphibian activity, population data, tissue sampling and mortality. Any other locality outside the SCA with mortalities will be visited in order to identify the pathogen involved in the event.
Biosecurity protocols will be established to avoid dispersal of pathogens.

This is a fantastic project well worth supporting. The global emergence and spread of diseases threaten amphibian populations, and we lack an appropriate understanding of how multiple diseases occurring together interact and impact amphibians. This project presents a unique opportunity to address such a knowledge gap. The team is composed of highly experienced and committed researchers, whose ample experience guarantees that the project will produce results of significance for anyone tackling the threat posed by infectious diseases. 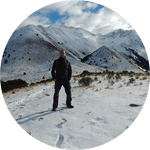 Between June-December 2019 we plan to continue our fieldwork in Gandaras de Budiño wetland. Samples would be stored and sent to Bosch´s Lab to make molecular analysis to identify pathogens.

In late December2019 or early January2020 we plan to make a report. 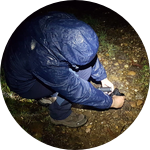 I´m a naturalist from Galicia, in North-Western Spain. I´ve been monitoring the study area since 1994. My area of expertise is herpetology, but I´m also involved in projects dealing with Invasive Alien Species, citizen-science and restoration of ecosystems.

I´ve been the person for conservation issues in the Spanish Herpetological Association (AHE). Now I act as Regional coordinator in Galicia region and also as the coordinator of the Iberian group for the conservation of Emys orbicularis (GICEO).

I´ve been collaborating with Bosch´s Lab for several years, monitoring Emerging Infectious Diseases in the North-West of the Iberian Peninsula. We discovered a mortality event caused by ranavirus in a small dam. And now we´ve found triple coinfection in Gandaras de Budiño wetland.

I hope that with the help of the Experiment backers we can complete a portion of this larger research project that will both immediately inform conservation planning for endemic amphibians in the study area.

1 Lab Notes Posted
One of the main questions that we want to anwer is why...