In Nepal people and primates come into close contact where humans both intentionally and unintentionally feed the resident primates. Close contact allow for the transmission of infections including methicillin resistant S. aureus MRSA, which can be deadly. We will characterize MRSA in primate saliva and environment and compare with human isolates to make predictions about the direction of transmission of MRSA, tuberculosis, and other potentially deadly infections.

We know that primates in captivity can acquire tuberculosis and MRSA from their human caregivers. However, it is not clear if under these conditions wild free-ranging primates both provide and receive pathogenic bacteria from human interaction. In a pilot study with our Nepalese colleagues, we were able to non-invasively sample 46 wild free-ranging primates using dental string soaked in sugar which is chewed by the animal and then discarded. Primates from all four areas were S. aureus positive with >50% of the samples positive. In two of the areas MRSA were isolated and they represented 16% of the S. aureus isolated. Both of these carriage rates are higher than normally found in humans in North America and Europe.

In Asia > 70% of the primates are classified as vulnerable, endangered or critically endangered (except rhesus monkeys) which means they could disappear forever. Threats to their existence include habitat destruction, large numbers in small shrinking habitat, shortage of food, susceptibility to diseases and hunting. Primates in captivity acquire tuberculosis and MRSA from their human caregivers. However, it is unclear what role infectious disease play and whether humans are transmitting bacterial diseases to wild animals at shrines and parks or under these conditions wild free-ranging primates both provide and receive pathogenic bacteria from human interaction, we found that 5 of 6 MRSA isolates from primates in Nepal had human MRSA suggesting transmission.

Funding is needed do further sampling to isolate more strains to obtain an adequate number to make predictions whether: 1) primates acquire MRSA from the people visiting the shrines/parks and thus are at increased risk of skin, soft tissue and systemic infections; 2) most of the S. aureus and MRSA are unique to the primates and thus may pose a risk to people visiting the shrines; or 3) both are occurring. Much of the money will be used to send supplies to Nepal for sampling and isolation. The work will increases the capacity of the Nepalese laboratories to do further studies on their native wildlife. In addition, what we learn in Nepal can be used as a model for studying primate-human interaction and pathogen transmission in other parts of Asia, Africa and the Americas.

The supplies will buy saliva swabs [primate] and sponges [environmental] for sampling, enrichment broth to select for S. aureus, specific media to select for MRSA, kits for verification of MRSA and molecular kits for characterization of MRSA. All supplies will purchased in the USA and then shipped to Nepal. In Nepal the samples will be collected then processed; isolates identified, verified and initial typing completed. ~ 80% of the supplies will be shipped to Nepal; the remaining supplies will be used in the USA for tests not available in Nepal. The supply and shipping costs are based on a pilot project already done in Nepal. The current funds requested will allow for collection of 300-400 primate samples and equal number of environmental samples that should lead to 20-30 primate MRSA isolates and a similar number of environmental MRSA isolates, performing the molecular epidemiology will provide data in developing preservation strategies for Nepalese primates.

By training local scientists in a worldwide problem, we should be able to find solutions starting with basic science research. The scientists at the University of Washington are top scientists in this field and have show a desire to work with researchers outside the U.S. 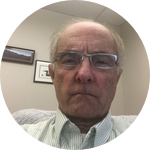 Patrick Roberts
Associate Director
University of Washington
This is an important project that has clear relevance for both the health of the primates and the people. This project also helps support the international collaboration between US and Nepali scientists. 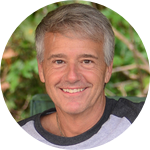 First two months assemble, send supplies and begin to collect samples. From 2-6 months collect all primate and environmental samples and begin characterization. From 6-12 months finish characterization of MRSA isolates and at 12 months write up report of results. The data should be robust enough to present data a relevant groups and write a manuscript for publication to inform the wider scientific community.

collect all primate and environmental samples and begin characterization.

finish characterization of MRSA isolates and at 12 months write up report of results.

Give seminars on the data and write up manuscript for publication 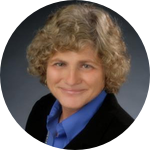 The team includes others from the University of Washington, Seattle WA USA, and microbiologists and primatologists from Tribhuvan University Kathmandu an Natural Resource Management Program Bhaktapur Nepal

I have wanted to be a scientist since I was in middle school. I fulfilled that dream by acquiring a PhD in microbiology. Now as a Full Professor with 213 peer-reviewed publications and an additional 48 book chapters and mentoring > 70 undergraduates and 15 graduate students on environmental vancomycin resistant enterococci, environmental, clinical and occupational methicillin resistant Staphylococcus aureus, antibiotic resistance genes and resistant bacteria in the environment, emerging and reemerging diseases, molecular epidemiology, using a One Health approach on and how the environment, humans and animals interact and share antibiotic resistant bacteria, antibiotic resistance genes and diseases, I would like to give back and help train scientists at the beginning of their careers in resource poor countries. The work in Nepal will allow me to do this by providing the supplies and expertise to our Nepalese colleagues. I hope the work we do here will provide a model to work in other countries in Asia and The Americas.

1 Lab Notes Posted
Primates live close to humans and cattle and may share...

The Nepal environment provides an excellent area to develop models that determine the risk to both primate and humans for transmission of infectious diseases. Very limited work on infectious diseases that are shared between primates and animals have been studied anywhere in the world.