Can ibuprofen, an anti-inflammatory drug, suppress or mitigate alcohol's toxic effects on the developing brain? By protecting against alcohol-induced neuroinflammation, ibuprofen is predicted to improve the deficits in behavior (e.g., hyperactivity) and cognition (e.g., poor memory) typically seen in individuals born with fetal alcohol spectrum disorder (FASD). This research, we hope, will galvanize new strategies for treating children and adults with FASD.

One mechanism by which alcohol exerts its toxic effects on brain
development is by interacting with toll-like receptor 4 (TLR-4). These receptors are located on the brain's immune cells (microglia) and typically work to detect foreign substances, such as bacteria. Alcohol’s interaction with TLR-4, triggers COX-2, an enzyme that activates a variety of proteins that produce neuroinflammation- disrupting the development and function of healthy brain tissue.

Ibuprofen is an over-the-counter non-steroidal anti-inflammatory drug (NSAID) that can be safely given to humans, including infants. It inhibits the activity of COX-2 and prevents the production of proteins that cause inflammation. Compared to rats never exposed to alcohol, we hypothesize that alcohol exposed rats will show increased microglial activation (indicating neuroinflammation), as well as hyperactivity, elevated anxiety, and poor learning and memory. Ibuprofen treatment in alcohol exposed rats is predicted to reduce neuroinflammation and, thereby, suppress or mitigate deficits in behavioral and cognitive performance as subjects mature.

Fetal alcohol spectrum disorder (FASD), a collection of physical and cognitive impairments that persist from infancy into adulthood, affects roughly 2-5% of the American population. Alcohol exposure during early development is associated with a variety of cognitive deficits, including impaired learning and memory. While alcohol is known to cause structural and biochemical abnormalities in the brain, the mechanisms that link alcohol-mediated damage to impaired cognitive function are not fully understood.

This study will provide valuable new information on the etiology and developmental changes in brain function experienced by people with FASD. Furthermore, it will investigate a simple, inexpensive intervention for babies born with suspected in utero alcohol exposure and may lead to further research into the interaction between the immune system and cognition in FASD. Long-term, the research is anticipated to improve the lives of children and adults with FASD by promoting improved cognitive ability and success in daily life.

Funding for the current experiment falls into two main categories. Approximately half of the budget is devoted to breeding, housing and caring for experimental animals. The remaining funds will be used for laboratory supplies for the detection and quantification of immune activity in the brain.

Alcohol acts similarly on the human and rodent brain, validating the usefulness of rodent research. In fact, rodent models have a long history in FASD research and have contributed significantly to our understanding of alcohol's deleterious effects on brain development, behavior, and cognition. All procedures in the current experiment will be done in consultation with Ohio State veterinarians and in accordance with the Institutional Animal Care and Use Committee (IACUC).

Thanks for taking the time to view our proposal. Your tax-deductible donation will support and extend our research program aimed at understanding the neurotoxic and neuroinflammatory effects of alcohol on the developing brain, and ways to minimize such effects. 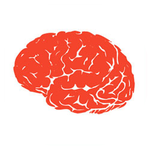 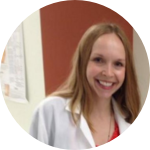 Derick H. Lindquist, Ph.D.
Derick has published regularly on the deleterious effects of early-life alcohol exposure in rats, modeling third-trimester consumption in women. He has a long-term interest in understanding how memories are formed and stored in the brain, and how alcohol disrupts that process. Over the last two decades, Derick has imbibed all manner of alcohol - all in the name of science, of course.

Molly J. Goodfellow
Working with Dr. Lindquist, Molly has published research demonstrating deficits in the consolidation of long-term memory in rats following early life alcohol exposure. As a neuroscientist and sufferer of an autoimmune disease, Molly has a special interest in the effects of immune activation on the brain. Through this project, Molly will be able to combine this interest with her previous work on FASD.

Ever since I can remember I've been fascinated by the brain. Following college, I became enamored by neuroscience and decided to pursue it as a career. I attended graduate school at Yale University studying the neurobiology of learning and memory. Upon graduation I did two post-doctoral fellowships, at Indiana University and the University of Kansas. After being hired at Ohio State I began to focus on the neurotoxic effects of alcohol on brain development and function, with an emphasis on impaired learning and memory. Over the last four years we have published a number of studies documenting how alcohol alters neurotransmission and synaptic plasticity, a neurophysiological change that is thought to underlie learning. The current experiment continues these studies, shifting focus to alcohol-induced neuroinflammation. Throughout, our goal has been to better understand the mechanisms by which alcohol disrupts neurodevelopment, and potential pharmacological remedies to ameliorate alcohol's neurotoxic effects.