Tarantulas are large bodied and most species are obligate burrowers and have long been favorite of bio-geographers. The Western Ghats provides an ideal setting to study biogeography of this group due to its complex tectonic history and heterogeneity in topography, climate and habitat. I propose to used advance DNA data to assess diversity of tarantulas of Western Ghats and trace their origin and patterns of speciation.

A large part of funding for biological research is biased towards large and charismatic species such as birds and mammals. Despite the fact that the Western Ghats are known for their biodiversity, the diversity of tarantulas is poorly documented. Tarantulas are indicator species and habitat destruction is taking a heavy toll on their population across Western Ghats and it is important to document their diversity to conserve tarantulas.

Tarantulas are difficult to find during regular surveys and cannot be identified from external characters (morphology). The proposed project will integrate DNA data and morphology to identify species which will help not only to document/ discover species but also contribute data for bigger projects like Barcode of life. Tarantulas are also threatened by over collection for the illegal pet trade and given that identification of tarantulas is not an easy task, DNA data will help forest departments and the IUCN to use data generated from this project to prosecute smugglers with the help of the DNA sequences generated from the proposed project.

The project is largely based in a lab where DNA will be extracted from museum and personal specimens. DNA sequences will be generated and compared to separate species. Advanced Bayesian analysis (molecular dating) will help trace the origin of tarantulas of Western Ghats. The lab work is intended to begin in February 2017 and continue for five months and a month work of analysis.

Budget items include chemicals which will be used for DNA extraction and PCR. The data that will be generated through for the proposed project will not be possible without these chemicals

Great question and great idea! Am sure this researcher will do maximum justice and has the best of competency to find answers for this. My best wishes to Zeeshan! 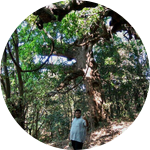 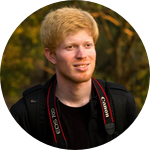 I am an alumni of the masters program at the National Centre for Biological Sciences, Bangalore. I am interested in documentation of biodiversity and have conducted surveys across Western Ghats, central India and parts of Northeast India. I have discovered over 30 new species to science which include tarantulas, scorpions, lizards and snakes. My work has been published in national and internation journals.