In 2015, we conducted linguistic field research in Salasaka, Ecuador on the endangered indigenous language, Salasaka Kichwa. We are now returning to work with nationals in finding concrete ways to safeguard the vitality of this language through cultural and linguistic studies. Our focus is to support the Salasakas to use their language in every area of life, for generations to come, in a rapidly changing, multilingual world.

There are approximately 8,000 indigenous people, the Salasakas, living the Ecuadorean highlands and sharing community borders with Spanish-speaking communities. Their language, Salasaka Kichwa (SK), is presently endangered as its use is imminently shifting to Spanish. This 'language contact' setting often results in the blending of languages, with one influencing or replacing the other. Younger Salasakas are now blending Spanish with SK and older generations fear losing the language completely. We will continue to focus on understanding which factors facilitate this trend in order to better understand how to support indigenous communities in keeping their cultures and languages alive.

This project benefits both linguistic researchers as well as the Salasaka indigenous community. Research on code-mixing (the blending of languages) will contribute to the scientific discourse on language shift. Additionally, we will use the gathered data to publish the first complete phonological description of SK, a staple resource among linguists of all disciplines.

The benefit that this work has to the Salasaka community not only comes from the fact that language documentation is intrinsic to supporting language vitality, but also on a direct level. We will work with Jorge Caisabanda, a Salasaka, to create pamphlets and other resources that will be put in the hands of Salasakas to facilitate literacy in their own language. Currently there are very few materials.

First, we want to learn about the effect that Spanish has on SK and how this language shift can be avoided.

Second, we will develop literacy resources for the Salasaka community.

Third, we continue to examine various features of SK from a theoretical linguistic perspective with the goal of contributing to the literature.

(We are aiming to raise about 50% of our funding needs through our page here at Experiment.com)

Airfare: We will fly from Philadelphia to Quito on August 2nd and will return on August 18th.

Lodging & Meals: Last year we stayed at Hostal Inka Hausi, an inn run by Jose Ignazio Caisabanda in the village of Huasalata.

Car Rental: Renting a car will allow us to travel within the 17 Salasaka communities, as well as to and from the airport in Quito.

General Supplies: Includes the costs to print surveys and consent forms, purchasing first aid kits, and getting ourselves Internet access.

Consultant Stipends: While in the field, we hire bilingual Salasakas as consultants to translate and to assist us in coordinating our interactions with the Salasaka community.

Participant Remunerations: We offer all of our research participants a small form of remuneration.

This sounds like a very valuable project. Keep up the good work! 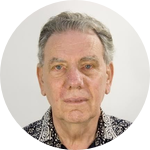 Peter Cole, Ph.D.
Professor of Linguistics
University of Delaware
This research project will help achieve a monumental and important goal, preserving an endangered language dialect and culture in Ecuadorian Quechua. The many languages in our world are a wonderment to behold, and if one is lost, it is a loss not just of the language, but of the culture it embodies.  This research will benefit the Quechua people, but also the students on this project, who will learn they can make a difference in the world with a seemingly small contribution of their time, energy and good will. 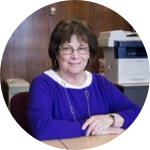 Nadine Martin, Ph.D.
Associate Professor of Neurology
Temple University
This is an incredible learning opportunity for students to be able to work with one of Temple University’s most enthusiastic and dynamic professors. This project will be a great benefit to the native speakers of Kichwa in that their language and culture will be preserved. 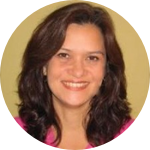 Kim Sabourin, M.A.
Clinical Instructor
Temple University
The preservation and documentation of endangered languages is essential for promoting cultural and linguistic diversity. Moreover, language is a direct reflection of cultural heritage. The death of a language is often seen as the loss of one’s cultural identity. Aronow and colleagues have proposed to document properties of Salasaca Kichwa with the ultimate goal of preserving this dialect of Ecuadorian Quechua.  This is worthwhile endeavor both in terms of preservation and our broader understanding of language. I am enthusiastic about the projec 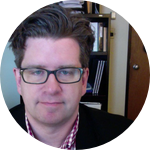 Jaime Reilly, Ph.D.
Chair of the Department of Communication Sciences and Disorders
Temple University
Saving an endangered language preserves more than the language; it preserves the culture, identity and history of its people. Combining this task with a first-hand educational experience for students under the tutelage of an exemplary professor such as Professor Aronow is a project worth supporting and endorsing. 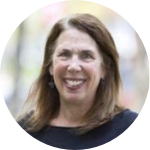 Francine Kohen
Instructor and Clinical Supervisor
Temple University
First, we know that field work in linguistics is an excellent learning opportunity for students and Professor Aronow has proven herself to be a dynamic teacher in the field. The fall semester of field work for the students will provide a wonderful, in depth exposure to the language and culture in addition to the methods of field study. Second, there are far too many languages and dialects that have disappeared. This project will help preserve our knowledge of yet another disappearing dialect. 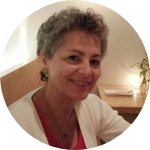 Ann B. Addis, MA, CCC-SLP
Clinical Instructor
Temple University
This project is very important. It aims to document and preserve Salasaca Kichwa, an endangered language of Ecuador, which could otherwise be lost entirely. The results of this project will be of significant value to members of the local community and will contribute to our greater understanding of languages worldwide. Further, this project has the potential to contribute to future strategies for language documentation and revitalization, and to provide an unparalleled experience for the participating students and speakers. I am excited by th 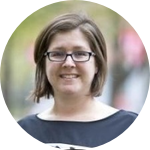 Jodi Reich, Ph.D.
Assistant Professor
Temple University
This project represents an important next step in understanding the evolving attitudes and language practices in a highland Kichwa ethnolinguistic community that remains one of Ecuador's most culturally preserved. It will complement recent linguistic work in Salasaca while taking a critical look at yet unaddressed facets of the language situation in the community, lending an important perspective to extant literature about Salasaca, and about language contact universals, maintenance and shift in situations of increasing societal bilingualism. 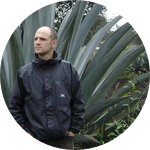 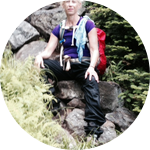 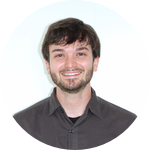 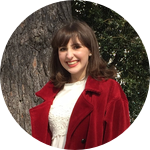 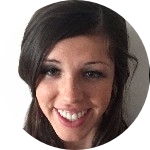 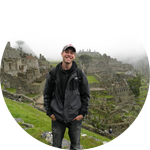 In 2014, Robin Aronow traveled to Ecuador to get away for some hiking, and her encounters with Kichwa speakers peeked her academic interest. After returning, her student, Brian Okum, also became interested, and thus the project was formed. Denis Kelleher arrived on the scene in 2015 and joined in field research last November. In 2016, Tessa Molnar and Katie Clarkson joined as the 4th and 5th members who will travel to Ecuador this August.

I teach Phonetics and Phonology, Psycholinguistics, and Sociolinguistics at Temple University and enjoy a tremendous rapport with my students.
I spend a large amount of my time with students mentoring in academic excellence and providing with as much exposure to 'the field' as possible. My research topics include perception of foreign languages syllabic structures, vowel shifting in Farsi, (Modern Persian), and most recently, the survival of several dialects of the northern highlands of Ecuador. I lived in Paris, France for 14 years and have been involved in translating literature on Autism into French. I am an avid mountain climber/hiker and have been known to coax my students into joining me.

I graduated from Temple University in 2015 with a B.A. in Linguistics and a Minor in English. I am currently working in the legal and political fields temporarily before I decide upon specific plans for graduate school. My academic interests include post-development theory, political science, and language contact from sociolinguistic and ethnographic points of view. Until I reach those 'dissertation days', I have grand plans of thru-hiking the Pacific Crest Trail, moving somewhere where the summers aren't so hot, and finally having the chance to read everything on my bookshelf that isn't related to linguistics.

I am studying Linguistics and French at Temple University, and will be graduating in 2018. I am primarily interested in theoretical linguistics, and have been involved with several phonology projects, including Prof. Robin Aronow's research on Persian vowels. When I am not in the lab analyzing spectrograms, I enjoy hiking, skiing, and the fine arts.

I am a graduate student at Temple University studying Spanish Sociolinguistics and Latin American Culture. I received my Master's Degree in Spanish Literature from the University of California Davis in 2014. While an undergraduate at Hamline University in Minnesota, I spent a semester living and working in Quito, Ecuador at a domestic violence shelter. I also spent a year teaching English at two Mexican universities in Oaxaca. My research interests include discourse analysis, sociolinguistics, and L2 Acquisition, language extinction (particularly of indigenous languages), bilingualism, and translation studies.

I am a continuing education student at Temple University studying Linguistics and Speech-Language Pathology. I am a graduate of Rutgers University-Camden, where I studied under Richard Epstein, focusing on semantics, discourse analysis, sociolinguistics, and examining the roles of diagrammatic iconicity and arbitrariness in the motivation of linguistic form.
My current research interests include L1 & L2 Acquisition, language contact, diglossia, and pidginization, as well as topics in semantics, such as deixis and prototype theory.

3 Lab Notes Posted
An update
We made it to Salasaka!
Getting Ready

Here is a link to our Experiment.com page from last year. There you can read about our previous research focus and goals. Be sure to check out the 'Lab Notes' too - they tell about our progress and experiences while in Ecuador in November 2015.