Youth with Autism Spectrum Disorder (ASD) and other Developmental Disabilities (DD) have a higher risk of being obese, more sedentary, and participate in less physical activity than typically developing (TD) peers. We are seeking to develop modifications to physical activity games for TD youth that are appropriate for kids with ASD. These will be in the form of social stories and videos that are simple for staff to use and for kids with ASD to understand.

Autism Spectrum Disorder (ASD) is the fastest-growing neurodevelopmental disability in the United States, affecting approximately one out of 68 children. Degree and severity of symptoms vary across individuals but core characteristics include deficits in social and communication skills, stereotypical behaviors, as well as motor development difficulties. Several physical concerns are also associated with ASD including higher rates of obesity and sedentary behaviors compared to their typically developing peers. Both the psychosocial and physical deficits associated with ASD tend to impede their participation in physical activity, all of which lead to increased rates of chronic health conditions as well as lower overall quality of life.

Participation in group physical activity (PA) is known to have a positive impact on all youth, and preliminary research suggests that PA interventions can improve a number of factors in youth with ASD, including increasing quality of life and decreasing negative behaviors. Despite this information, these studies come with major limitations including using individual approaches to PA (e.g., running, martial arts) rather than group formats, which limits opportunities for friendship building and social skills, using costly equipment/capacities and staff trained in ASD which are not typically available in community settings, and none of these studies sought to modify existing group PA interventions for youth with ASD that are feasible for staff to implement in community settings. 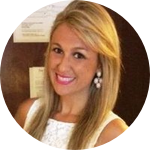 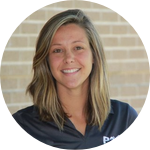 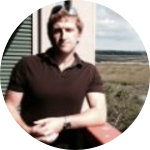 I am a research and clinical driven psychologist with areas of expertise in social skills and cognitive development and implementation and evaluation of physical activity interventions for youth with autism spectrum disorder (ASD), ADHD, and other developmental disabilities.Throughout my graduate training, I had significant experience in conducting assessments and therapy with children and adolescents diagnosed with ADHD, ASD, learning disabilities, anxiety, depression, and other developmental disabilities. My current research focuses on implementing and evaluating physical activity interventions for youth with ASD and other disabilities and how this influences social skills and overall quality of life. I am very passionate about overall health and wellness and think this project can make a significant contribution to the public health and psychological field across the nation!

I enjoy working out, traveling, and spending time with friends and family!

Check out this video from when the Governor of South Carolina, Nikki Haley came to visit Camp PALS (now known as Camp MATES) last summer!

Here is another one of Governor Haley at camp 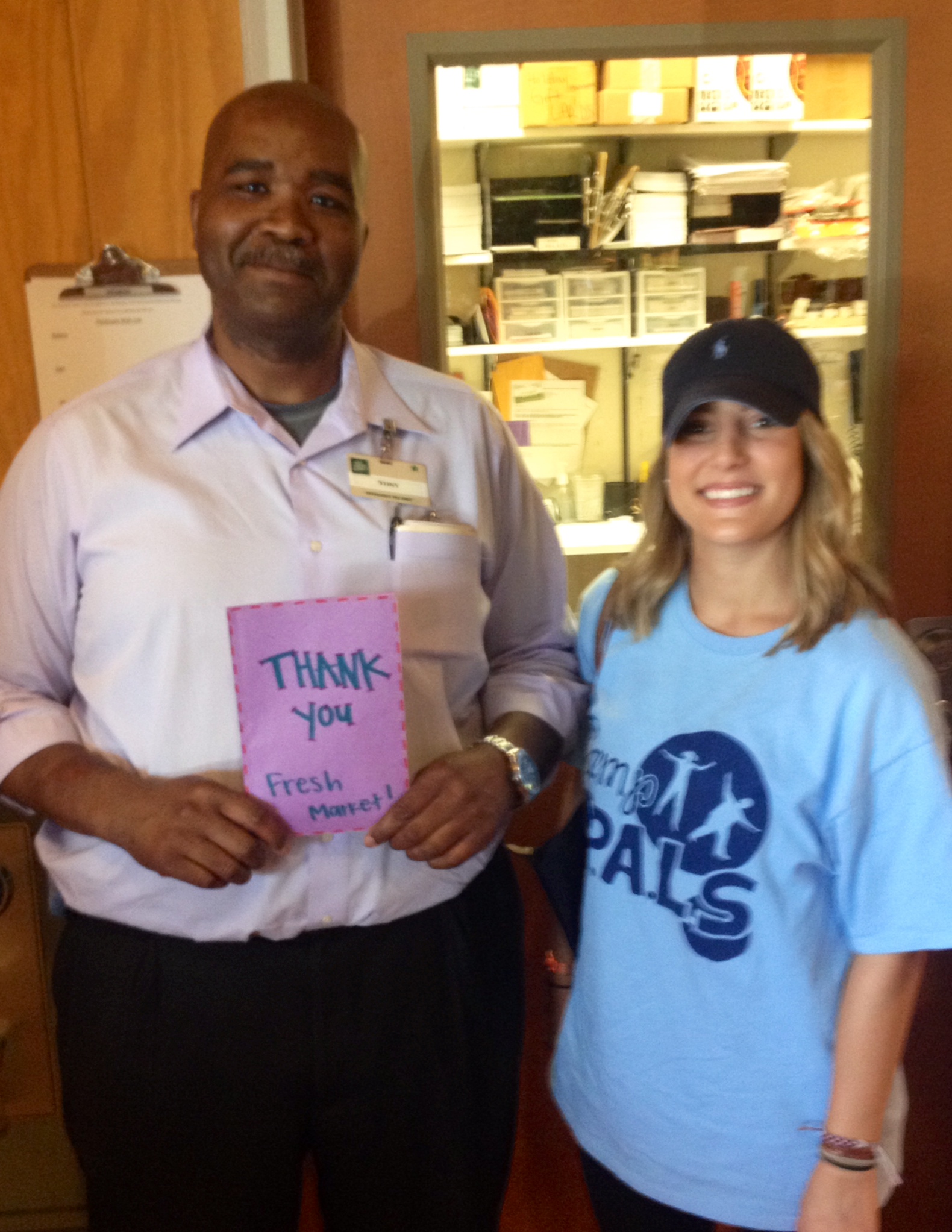 This is our Nutrition Coordinator Hannah with Fresh Market last year! They provided us with some healthy food for our kiddos last year at camp! 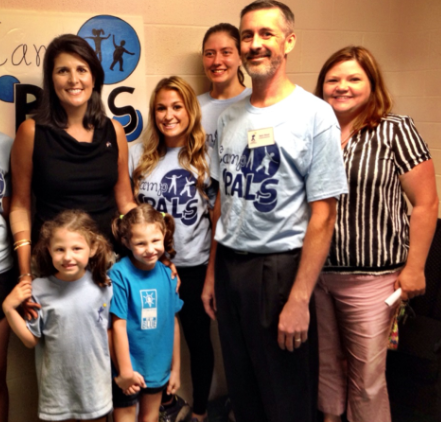 This is Governor Haley, South Carolina Governor with some campers, Dr. Allison Randel, creator of Camp MATES and Matt Wood and Shanna Poston, Director and Business Manager of the Autism of South Carolina!! 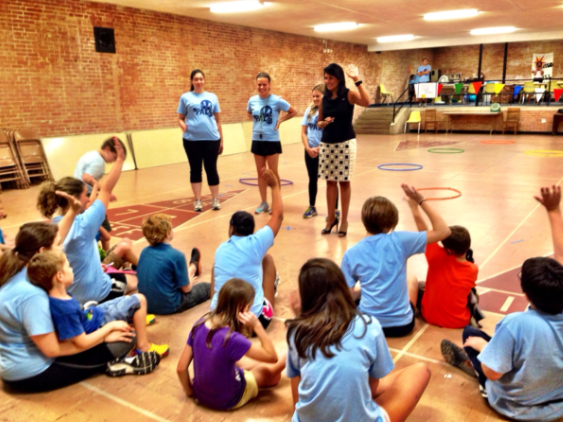 Here Governor Haley is talking to our lower and upper elementary groups about how they are liking camp so far! 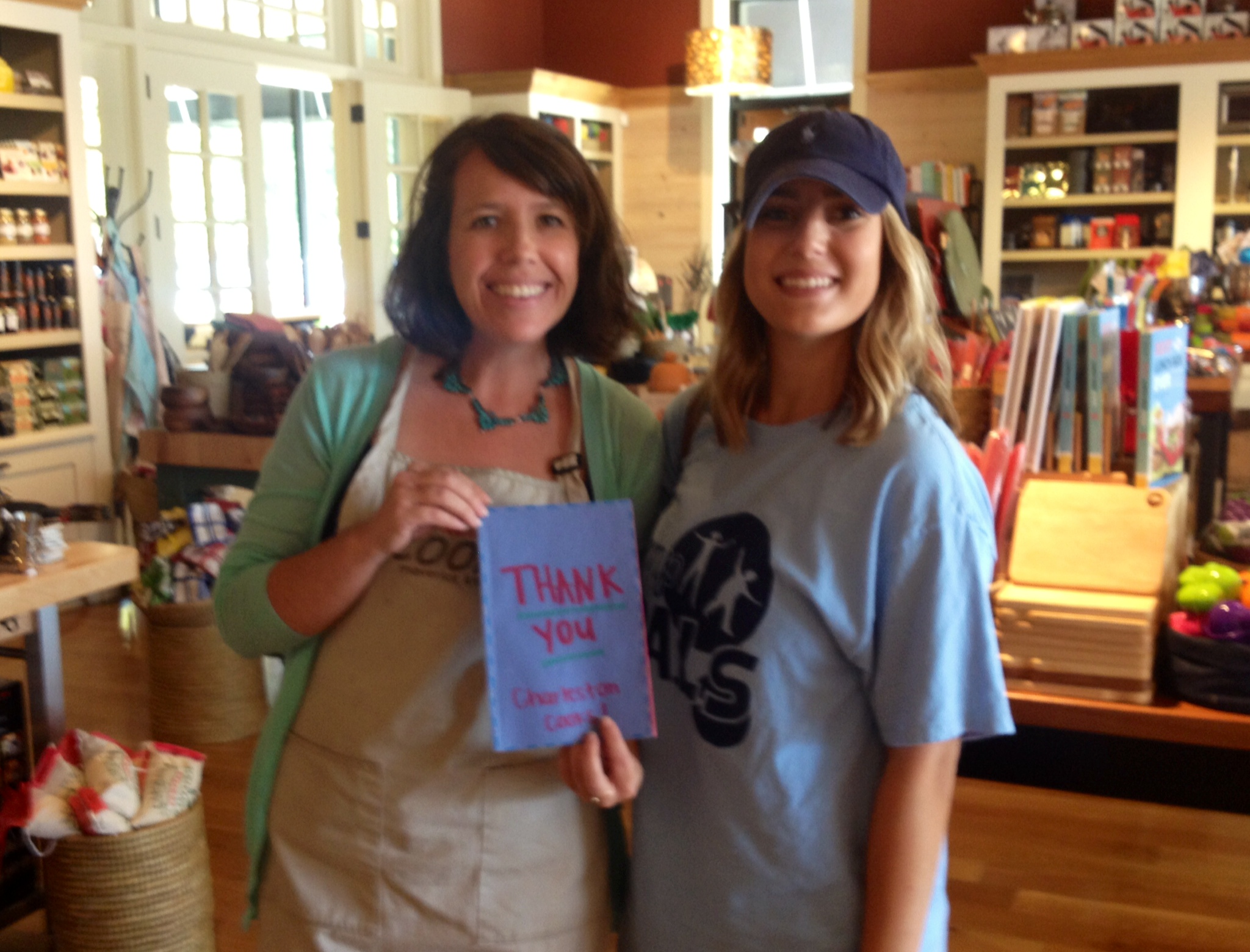 This is our Nutrition Coordinator Hannah with Charleston Cooks! They lead an awesome healthy food demonstration for our campers last summer!