The little-known Atlantic weasel shark only occurs in West Africa, an area which is most acutely threatened by illegal and unregulated overfishing. In 2015, we found a previously unknown aggregation of weasel sharks in the remote island nation of Cabo Verde, which could be the last stronghold of this rare and enigmatic species. We will launch a second expedition in 2016 to study the species’ biology, threatened status and potential tools for its protection.

Sharks are among the most threatened wildlife on this planet, particularly in the Atlantic and even more so off West Africa, where unregulated fisheries and missing management are a major concern. 2015 in Cabo Verde, West Africa, we discovered what seems to be an unprecedented aggregation site and potential nursery of the Atlantic weasel shark. We propose to revisit this site to collect critical biological data, such as length measurements, genetic samples and maturity status. We will use external markers and acoustic tags, to investigate fundamental questions about this little-known species, including: where do they spend most of their time, how frequently do they get caught and what can be done to protect this species. Details about the data collected is provided in the methods section.

Regions of West Africa are among the most threatened, yet least researched sites for sharks on this planet. The remote island nation of Cabo Verde holds one of the last remaining hotspots for sharks in the entire North Atlantic Ocean. The high value of this area in conjunction with the ability to study and protect the habitat of some species means the region can offer some degree of sanctuary from the world-wide decline in sharks. This is particularly important for the locally endemic Atlantic weasel shark which only occurs in West Africa. We know almost nothing about this species, but the little we know suggest that this shark is vulnerable to overfishing. To date, it is listed as ‘data deficient’ on the IUCN Red List.

The primary goal of this project is to scientifically investigate the habitat use of the Atlantic weasel shark at different life stages (juveniles and adults), to increase the scientific knowledge about the biology of this species and to investigate opportunities for its protection. Using the weasel shark as an umbrella species we hope to create awareness for sharks in this region in general, on a national and international level. This project also aims to train local researchers, to provide a better scientific infrastructure and to promote non-lethal catch and minimally invasive research methods for sharks.

The 10 acoustic transmitter tags will allow us to start a detailed investigation of the habitat use over 2 to 3 years. Animals tagged with these transmitters can be located continuously by already installed underwater receivers, giving us information on when an individual is present in these bays. Implanting these tags requires a small surgery with sterile tools. The about 200 external marker tags are particularly critical to study the body growth rate of this species, which is important for fisheries assessment and a good indicator of species’ vulnerability to fishing. The last bit we need is the tagging equipment, such as a tagging pole.

For donations of $250 USD and more: You can give the shark a name. We will provide you with information on this individual and its whereabouts. We will also try to send you a picture. If you like this project please help us and share it.

Every dollar counts! Together we can make a difference for sharks in Cabo Verde and beyond!

This researcher has identified a valuable enclave of special interest in a possible weasel shark refuge and breeding area. The project goals are clearly stated and the study is very modest in the resources needed while the results will be important to move forward the agenda of achieving some protected status for some of this habitat if it in fact is a nursery area /critical habitat for this species. A lot of bang for the buck in research terms. 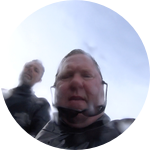 Chris Harvey-Clark
Director Animal Care
Dalhousie University
This is a very timely and well articulated project. Chondrichthyan research is challenging and notoriously difficult to secure funding for. In African waters extensive unregulated fishing occurs and studies such as this are crucial to understand the ecological composition in such threatened marine regions. Manuel Dureuil is one of the most driven and dedicated shark scientists I have met and I look forward to seeing the outputs of this study from his team! 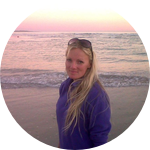 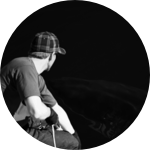 Our field work is accompanied by a veterinarian and an experienced specialists for catch and live release and safe handling of sharks, both working for decades with these animals. In this project we are also working together with the Ocean Tracking Network (http://oceantrackingnetwork.org/), local NGO’s (Biosfera I and Fundacao Maio Biodiversidade), the National Institute for Fisheries Development (INDP) and of course local students, local communities and local fishing charters

I am currently a PhD candidate of Dalhousie University and the Transatlantic Ocean System Science and Technology (TOSST) school, under the supervision of Dr. Boris Worm. Boris is a full professor at Dalhousie University, focusing on the conservation of marine biodiversity worldwide. He has authored over 100 publications on these topics, many with a focus on large marine predators, specifically sharks, tuna and billfish. Our scientific papers can be found here.

My topic is the conservation ecology of North Atlantic shark populations. I am also the principal investigator of this project.

I love nature and my life passion is to help conserve sharks worldwide. I am convinced that protecting nature is one of the most critical challenges we have. Growing up far away from the sea, observations of birds and the local fauna in my childhood had to replace sharks. Although I was always fascinated by sharks, at the time I was doing my undergraduate in Biology, things became more concrete. I read Boris’s first articles showing that sharks might be in deep trouble.

What got me in particular is that sharks, which have been on this planet for more than 400 million years and survived several mass extinctions, can become threatened in only a few decades, by us. I therefore decided to make scientific shark research that aids their understanding and protection my priority.

I have been researching sharks since 2009, ranging from the conservation of white sharks in South Africa to shark conservation and life history studies in the North Atlantic. I have a BSc in Biology from the University of Marburg and an MSc in Biological Oceanography from the University of Kiel. I have extensive training in working with sharks and I am holding a certificate on the Care and Use of Fish, was trained by our University Veterinarian and conducted external passive tagging, satellite tagging and surgically implanted acoustic transmitters in several shark species.

In our lab a study was conducted which found that globally almost half of scientifically assessed shark populations are exploited above their rebound potential. This trend is triggered by an increasing demand for shark products and unwanted bycatch in fisheries targeting other marine life. Sharks have long lifespans, late maturity and slow growth, which make them extremely vulnerable to even mild exploitation rates. Scientists have become concerned about declines in sharks as their depletion may have serious consequences for the structure, function and stability of marine ecosystems. Indeed, sharks belong to the most threatened of all vertebrates, making adequate shark protection essential to safeguard important ecosystem services.

Why tagging and biological data collection?

Increasing the biological knowledge and uncovering habitat use is important for our understanding and protection of sharks worldwide.

On our last expedition to Cabo Verde in 2015, we installed acoustic underwater receivers in each a bay of the two islands were we found adult and juvenile Atlantic weasel sharks. Acoustic transmitter tags can communicate with these receivers, recording the presence of tagged individuals even in months where weather makes it impossible to be physically present.

Acoustic tagging is ideal to provide information on presence or absence of individuals in a specific area over time. This allows us to investigate for example ‘site fidelity’, a behavior where individuals return to key aggregation sites repeatedly over time. This is crucial information in determining if a species will benefit from habitat protection.

Passive tagging, where species are equipped with an external marker tag carrying a unique identification number, can further provide general information on species movement and densities. It is a relatively inexpensive method, independent from battery life, and therefore allows to study more individuals over longer time periods. In addition, this method allows to investigate body growth from tagged and recaptured animals. Body growth of individuals is an important piece of knowledge for fisheries science.

Furthermore, the access to the animals while tagging enable us to record all kind of biological data, such as sex, genetic samples, blood and size measurements, as well as investigating environmental preferences of animals. This can provide important information to help us understand how vulnerable the species might be to disturbances, such as fishing pressure or climate change.

Habitat protection is a very important tool in conservation, especially in areas where assessments are lacking and caches are not regulated. For example, temporal area closures for fishing fleets in important habitat areas can reduce the mortality on important life stages and therefore aid in stock rebuilding. Pupping grounds, nursery areas and spawning grounds are critical for recruitment success and adequate protection of these sites could increase survival and the species’ capacity to withstand fishing pressure. On the other hand, intensive fishing in such areas is likely to make species more vulnerable to overexploitation. There is increasing evidence that a number of different shark species utilize the same critical habitat areas in consecutive years. Identifying important habitat areas is therefore critical to aid effective shark protection.

This research is part of a greater project, the Cabo Verde Elasmobranch Research and Conservation Project. This project aims to support the development of comprehensive, long-term and effective science based protections measures for Cabo Verde elasmobranchs (sharks, skates and rays), through scientific research, governmental, NGO and community based conservation projects and education. Therefore, an innovative coalition of researchers, industry, local communities, governmental and non-governmental organizations has been established. The project also strives to promote and utilize only non-lethal research methods and to be as minimally invasive as possible.

The acoustic underwater receivers that have already been installed can also be used by other scientists doing research on other marine species, from fish to sea turtles. This means our project can help others happen in the future and may even allow to study the interaction among different marine species

So far, we have received great support from local organizations and the local community. Last year we took two fishermen to acoustically tag nurse sharks, another data deficient species in this region. This gave us the opportunity to tell locals about the importance of sharks and give them the opportunity to see scientific research in action. The response was great. They said that it changed their view and that until then, they had only seen sharks dead in their boat or on a plate. This experience created awareness and inspired concern. Moving forward, we will train and involve local students and communities. We believe that eventually protection can only work with their support.

We believe that the fact that Atlantic weasel sharks occur nowhere else will have an important effect on how the local community will think about this species. Therefore, the weasel shark could be used as an umbrella species to create awareness for sharks in general in this region. For example, other data deficient species with limited movements, such as the nurse shark, share the same habitats. Finally, in our last expedition we not only caught juvenile weasel sharks, but various juvenile shark species - meaning one of these sites could be a multi-species nursery.