Dear friends, if you have dealt with anyone that is or has suffered from Alzheimer's, you know how devastating the disease can be. We have discovered drugs that stimulate natural 'pro-survival' pathways that protect the brain from Alzheimer’s. We need your help to bring these drugs to patients. This experiment will confirm the doses that these drugs work at. If everyone donates even a small amount, the project's goal can be met very quickly so that we can bring a treatment to patients.

Over the last 18 years I have researched the death of brain cells. In Alzheimer's disease the cells die in a process called apoptosis. This process is a natural cellular event that happens in response to triggers. These triggers can be very desirable if a cell has become cancerous. In that case, we want cell death to happen. In cases where there is a brain disease such as AD, there is a signal that causes the brain cell to die. However, this is a mistake. In cancer, cells can become immortal and do not die. This is often helped by the pro-survival growth factor pathways becoming overactive. In AD, cells start dying and these pathways are not active enough to prevent it. Scientists have shown that activating these pathways can be effective in AD (1).

Alzheimer's is the most urgent disease facing an ageing society. ~5.4 million Americans had Alzheimer’s in 2016. [1]. Currently, for every person over the age of 65 (15%) there are ~6 people, under the age of 65. By ~2030, there will be only 2.4 people (18-65) to support every person over the age of 65 (24%)[3]. This demographic will be sustained until at least 2050. The aging trend is the specter of a major public health crisis: the quadrupling in the number of vulnerable people with Alzheimer’s disease, combined with very few carers to support them. Indeed, 20% of the under 65's will be children needing support. [4] [2].

We have a small window to invest in effective treatments for Alzheimer's now. Without treatments, society will simply not have the resources for science.

Our library of pro-survival drug compounds will be assayed for their pro-survival effects in human cells. First, human cells will be cultured, then the cells will be put in a stressful condition to cause conditions similar to those that trigger premature cell death in Alzheimer's disease. Each drug will be individually added to 3 groups of these cells. Each drug will be tested in 5 different concentrations. This will tell us which drugs are most potent. We will take the cells and test them for activation of the pro-survival pathway using the CisBio HTRF assay kit (1)(2). These results will be analyzed and we will identify which drug or drugs are suitable for further testing in animal models of Alzheimer's disease.

We have shown that our drug can stimulate pro-survival pathways that protect brain cells. This suggests that we have a very promising therapy. However, we need to confirm our results by testing our drugs in a different scientific test. Once this is completed, we will have very strong data that we can use to justify grant funding and investment to undertake animal tests to see if our drug can prevent brain cell death and loss of brain function.

The experiment requires purchasing two HTRF pAkt assay kits from CisBio. We have prearranged a 50% discount to help us ($1480). We already have most of the drugs we need to undertake the assay but request $1000 for additional supplies. Finally, we require $5500 in order to buy the cells, culture them and run the assay. Our experts have run these assays before and we expect no technical problems. Proper experimental execution is warrantied. If there is any technical failure, the experiment will be repeated.

Alzheimer’s disease is the most common cause of dementia worldwide. The main objective of the project: characterization of new PI3K activators may eventually lead to a new therapy for treating the symptoms of Alzheimer’s associated with neuronal deterioration and death. 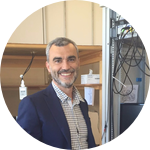 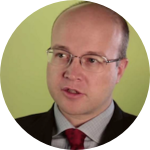 I am a scientist, pharmacist and serial entrepreneur in biotechnology companies, specializing in creating and/or identifying early value and effectiveness with therapies in disease areas that have a high unmet clinical need. The combination of my business acumen and scientific expertise is a critical combination in early stage drug discovery and development. The development of PI3K-Akt pro-survival activators has been the culmination of many years of scientific endeavor that aims to provide us with a valuable therapeutic. Calista Therapeutics and our team is specialized in CNS research and development. The main focus of my work over the past 18 years has been is on the pathophysiology and pharmacology regulatory proteins, like PI3K and Akt, and their diseases, like Alzheimer’s disease (AD).

I invented and characterized a novel PI3K-Akt prosurvival activator. Subsequently, through screening and modeling, we have identified 31 drugs that are the subject of this proposal for the treatment of AD. I provide contributors with a reliable partner in this proposal because I am the inventor of this technology, and have been working in this field since my first days as a PhD student and during my time as a researcher and Adjunct Assistant Professor at Brown University Medical School. I have an in depth knowledge of the science and drug development landscape that will allow this project to move beyond these experiments to the patients.