Lung cancer, the largest cause of cancer mortality, accounts for 19% of all cancer deaths

Our previous experiment demonstrated the ability of carcinogen solvents to remove up to 65% of a carcinogen, b(a)p, from cells, as shown on the intro video

This experiment will test the hypothesis that carcinogen solvents, which reduce cellular carcinogen concentrations, will reduce genotoxic effects as measured by genomic analysis of treated vs untreated 3D pulmonary cell cultures

Lung cancer remains the largest cause of cancer death globally for several decades, accounting for nearly 20% of all cancer deaths (IARC factsheets). The vast majority of lung cancer patients, 85%-90%, are individuals exposed to tobacco smoke (IARC MONOGRAPHS). The remaining cases are correlated to occupational exposure to other carcinogens through different mechanisms.

To establish whether the removal of carcinogens from cells, using carcinogen solvents, reduces genotoxic effects of chemical carcinogens.

A pure model carcinogen and an environmentally relevant mixture of carcinogens/cocarcinogens and procarcinogens will be used to insult 3D lung tissue models.

Carcinogen solvents will subsequently be used to treat the insulted tissue models, and 24 hours later the tissue model cells will be collected for genomics analysis.

RNA sequencing will be used to establish all gene expression changes between the treated and un-treated experimental series.

The tissue models are 3D pulmonary tissue models which are the most relevant for chemical carcinogenesis as it relates to lung cancer.

Bench fees are for the preparation and treatment of the tissue models.

Genomics analysis will be done with a contract genomics centre who will be able to provide a full analysis of the effects of the treatment versus untreated controls.

The potential to remove tobacco carcinogens from pulmonary cells is intriguing, and the next logical step is this follow-up study investigating genotoxic effects of these carcinogens in control and treated samples. This should provide novel and potentially unexplored avenues of research. 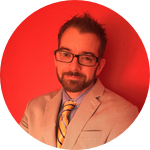 The project needs to be fully funded before the laboratory time can be booked adn scheduled.

Six to eight weeks for the 3d tissue culture work. 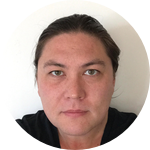