The study seeks to assess and address the conservation issues for the threatened amphibians of Mt Nlonako in western Cameroon. A comprehensive study of this area has never been done yet it is believed to lodge the largest threatened amphibian and reptile populations in the world. The largest frog is located here. The study will establish the status of amphibian population, its threats, establish the base for a monitoring and conservation program.

The amphibians are some of the most threatened wildlife species in the world yet not much has been done to study them. Threats of their survival range from overexploitation for for food, pet trade, climate change, riperian forest destruction, pollution and disease. Information on amphibians studies in Cameroon is rare and has never been conducted in the Mt Nlonako and Lebialem Highlands. Cameroon may have as many as 200 species with about a third of which are assessed to be threatened by IUCN. As many more species will be described with narrow ranges, the number of threatened species will undoubtedly increase. The species are most restricted to mountain tops in Cameroon where most of the forests have been restricted to due to high human pressure in the surrounding lowland areas.

This work is critical given the rapid urbanisation approaching from the nearby urban towns such as Manjo and continuous influx of migrant workers . Specially given that this mountain is known have the biggest population of amphibians with a high concentration of endangered and endemic species not only in Cameroon but the whole world, the critical need of assessing and conserving this biodiversity hotspot that has previously been proposed by the Government of Cameroon as a protected area becomes not only important but very urgent. As of now no previous conservation action has taken place here except the rapid exploratory survey by WWF. The largest frog in the world is known to live here. This study is also relevant as amphibians are considered as canaries in coal mines for the wider environ

I plan to:
- Undertake a survey of amphibian populations in the Mt Nlonako to determine their status, threats and ecological needs
- Conduct a socio-economic baseline study of households to determine resource use, perspectives of critical amphibian habitats and better understanding of amphibians
- Establish a monitoring data base for future monitoring program of amphibians in the area
- Assess the extent and contribution of amphibians in wildlife trade observed in the wider region
- Raise awareness of amphibian conservation with local stakeholders
- Establish the basis for the launching of an integrated Mt Nlonako Conservation Program

Funding is urgently needed to survey and provide urgent conservation measures for Mt Nlonako as this mountain is facing serious human pressure through deforestation, increasing pet trade of amphibians especially the golliath frog (largest frog in the world) and the fact that the government of Cameroon has indicated her intentions to move this mountain forest into a protected area. Furthermore, the advancing urbanisation from Manjo and Nkongsamba towns is an imminent threat added to the migrant influx with the opening of large agricultural estates in the nearby areas. Also the setting up of a toll gate has caused a new town to be emerging near the River Moungo the major habitat for the golliath frog in this area. Consequently given the rising urban population, the increasing human pressure on the habitats and increasing wildlife trade on amphibians especially golliath frog species, and absence of funding, then without this funding, this project will be unable to start.
This project has not received any funding from anywhere and without your support it will be very difficult to launch this project. Funding for this project will be used to pay for field supplies, field guides, local travel costs, tents, GPS, a laptop, communication, publishing of results, support local awareness raising meetings in schools and communities, local lodging, etc 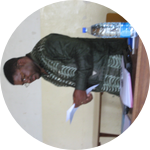 Ms Bedwin Asoh, has 5 years of experience in wildlife surveys and monitoring. She previously for for the Korup National Park as Zoologist surveying the primates and wildlife populations of the Park before joining the ERuDeF in 2011 as a primate biologist and in 2014 she was appointed as the Biodiversity Research Coordinator at the ERuDeF Institute of Biodiversity and Non-profit Studies.

I am a biodiversity conservation scientist from Cameroon working to save the disappearing globally threatened biodiversity species of the Cameroon mountains. I grew up in the rural Lebialem Highlands where I saw the increasing disappearance of the once abundant forest and widlife diversity of this area and after several consultations i decided to read sciences in the university and on completion I co-founded the pioneer Cameroonian conservation non-profit organisation in 1999 known as the Environment and Rural Development Foundation (ERuDeF) and in 2012, I also founded the ERuDeF Institute of Biodiversity with mission to focus on researching and saving the last globally threatened biodiversity species of the Cameroon mountains. My current involvement in the research and conservation of biodiversity in Cameroon is leading to the creation of a system of protected areas and the filling of the conservation gaps abandoned by the larger international conservation organisations working in Cameroon. Ever since I joined conservation, in 1998 I have been fascinated by the amount of work needed and the challenges involved in solving the incredible amount of conservation problems encountered on daily basis. My use of an inclusive and holistic approach to applied conservation led in 2010 for the British charity to award me the Whitley Award as one of the 8 internationally recognised result achieving conservation scientist and leader. The multi- stakeholder approach at local, national and international levels is yielding fruits over time.

The Environment and Rural Development Foundation (ERuDeF) publishes both an online e-newsletter (ERuDeF News) at www.erudef.org and monthly newspaper called the Green Vision Newspaper also appearing online at www.thegreenvisionnewspaper.com that features all the projects of the organisation 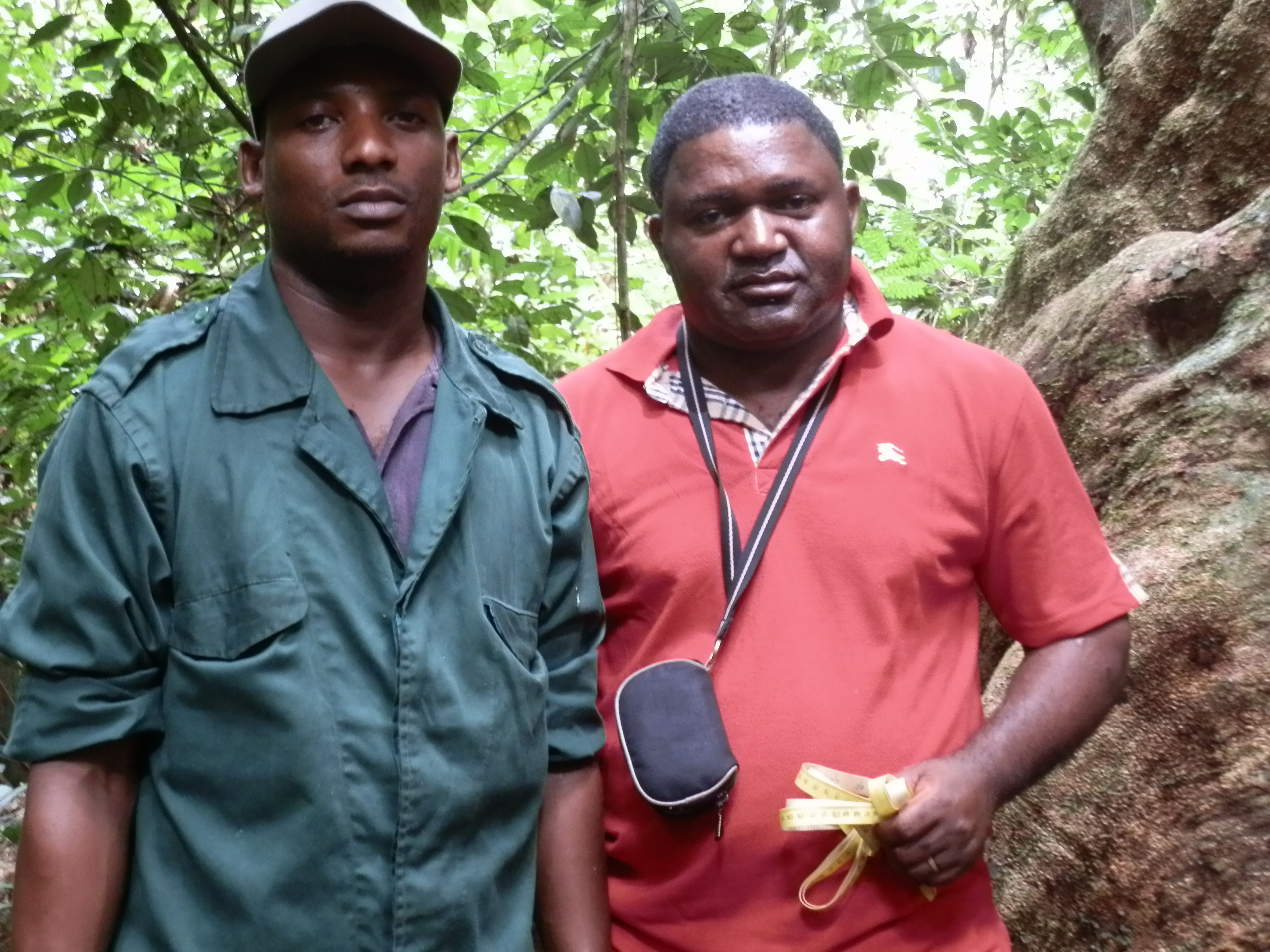