The deep sea brittle star or Asteronyx loveni collections at the Muséum national d'Histoire naturelle in Paris and the Swedish Museum of Natural History in Stockholm have never been sequenced. The museum specimens were collected from the South-Pacific Ocean/Antarctic Ocean and Atlantic/North Sea. I will go to Europe to collect samples to sequence the mitochondrial COI DNA region of up to 100 specimens. The mitochondrial COI DNA region may reveal new species of deep sea brittle star.

The Muséum national d'Histoire naturelle in Paris and the Swedish Museum of Natural History in Stockholm own the largest collection of deep sea brittle stars collected from South-Pacific Ocean/Antarctic Ocean and Atlantic/North Sea.

By taking samples from the deep sea brittle sea star collections in Europe, I can perform DNA analysis on the specimens to determine if new species exist.

Brittle stars are a species that manifest low morphological, but considerable genetic disparity. Like many deep sea animals, the scientific community has yet to experiment with DNA analysis of samples. Because of the limited knowledge on brittle stars we believe there to be an opportunity to use DNA analysis to characterize potential new species.

I will not only complete DNA analysis on Asteronyx loveni specimens collected globally, I will also provide taxonomic descriptions of undescribed species which is my area of expertise.

Basic research into the taxonomy of deep-sea animals is important in understanding how life evolved in extreme deep sea environments.

My goal is search for new species in Asteronyx loveni in the museum collections. To accomplish this, we set out to accomplish the following:

First, I will visit two European museums to collect samples for DNA analysis. From the target areas (Indian Ocean, African Coast, Atlantic Ocean, North Sea and Antarctic Ocean) I will collect a total of 100 specimens, 20 specimens for each area. For each specimen, I will provide morphological observation for future description.

Second, funding will allow me to purchase regents and kits to DNA analysis based on COI gene for the collected 100 specimens. Using this analysis, I can recognize the potential new species.

Lastly, based on the DNA analysis and morphological data, I will be able to describe the new species of deep sea brittle stars.

I have confirmed that the mitochondrial COI DNA region is the most appropriate region to define new species. Because of the lack of experts in the deep sea brittle star field, many specimens of Asteronyx loveni are still unidentified. To identify the specimens, I need to visit the specimens in person and collect samples for DNA analysis. After that, I will perform molecular experiments for phylogenetic analysis.

Funds are needed to cover the cost of DNA extractions, PCR (amplification of target DNA), and cycle sequencing for 100 specimens.

Travel funds will be used for transportation and accommodation from Japan to the Muséum national d'Histoire naturelle in Paris and Swedish Museum of Natural History in Stockholm where they possess collections of Asteronyx loveni from deep-sea area of South-Pacific Ocean and the Antarctic Ocean, Atlantic and North Sea. I will work with Dr. Marc Eleaume and Dr. Sabine Stöhr.

Dr. Okanishi is one of the few researchers focusing on brittle stars. Here, he is proposing this novel project that should give a new insight into the taxonomy of deep-sea animals. 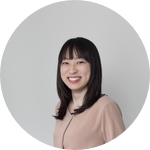 This project takes between 1.5 to 2 years to accomplish. This period allows me to visit the collections in European museums and complete the DNA analysis.

Once the DNA from samples is extracted and sequenced, I need time to perform phylogenetic analysis. By comparing the sequencing data from our samples to existing sequencing data on deep sea brittle star species, I will be able to reveal how many new species of Asteronyx loveni exist in the collections.

Extract and sequence the DNA from collected samples 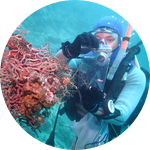 I'm a research assistant professor at Misaki Marine Biological Station of the University of Tokyo. My subjects are taxonomy and phylogeny of marine invertebrate animals, especially focusing on brittle stars (Echinodermata). From 2007, I am fascinated by basket stars which is plant-like brittle star and my description of new species reaching to more than 10. I challenged crowd funding in 2014 and promoted DNA taxonomy of a basket star related species, Asteronyx loveni in Japan. As a result, I found a new species but existence of more potential new species have also been indicated in the abroad oceans.

All donors will receive regular lab notes along the way. Donations over $20 will be posted a basket star thank you card. Upon completion, this research will be published in peer reviewed journals. Those who donate $200 or more will be personally recognized in the acknowledgements section of relevant publications.