Indiana Phenology is on a mission to document seasonal changes in plants and animals in every county in Indiana. Hoosier citizen scientists contribute observations to a statewide database, documenting the local impact of environmental change to inform management decisions and legislative action. We need funding to create additional public observation sites. Each new site adds 5000+ observations per year. Funding for 3 sites will bring our yearly observations to 30,000, doubling our 2019 numbers.

Phenology is the study of the timing of recurring plant and animal life cycle stages (such as spring flowering or bird migration) and the relationship with climate and other abiotic factors. Changes in phenology, largely driven by temperature, are indicators of climate change impact. For example, earlier spring temperatures are bringing earlier leaf-out of trees and earlier insect emergence.

We don’t yet know how these changes will affect the local abundance, diversity and interactions of organisms. To collect the needed data to effectively anticipate, mitigate, and adapt to climate change, we have mobilized a network of citizen scientists at 48 sites. Funding allows us to study the local impacts in new areas, adding depth and breadth to the developing picture of statewide trends.

We need a clear picture of how our rapidly changing environment is impacting plants, animals, and people so we can act to mitigate these effects. Unfortunately, a lack of phenological data for the state of Indiana is inhibiting these efforts.

This project will augment current data by utilizing existing resources, programs, and natural spaces to engage new citizen scientists in recording the presence and absence of phenophases in plants and animals. As we aggregate the data, and visualize the results, we will create an accessible record of phenological trends in Indiana in relation to time and climate.

By sharing this record with policymakers, managers, communities, scientists, and other stakeholders, we all will be able to direct action to the areas of greatest need.

Our long term goal is to have observers in every county so that we can assess trends in the timing of phenology across the state. We currently have sites in 24 of 92 counties. The funds will be used to create additional observation sites within existing high-traffic natural areas or public parks. Each site will add 5000+ records from areas not currently observed.

Each site consists of individual plants and a checklist of animals to be observed. Visitors record their observations with Nature's Notebook, a free mobile and desktop application, using standardized protocols developed by the USA National Phenology Network. These rigorous, validated and user-friendly protocols provide easy to understand definitions of life cycle events, such as the presence of ripe fruits or falling leaves.

Our public observation sites, known as Phenology Trails, require minimal
setup and maintenance, making them a great solution for engaging
citizen scientists within our community’s parks, schools, greenways, and
conservation lands. Every new site increases our ability to accurately capture and study trends in phenology by bringing us closer to a fully statewide network. Up to 3 new Phenology Trails will be established in Indiana, with a cost of $1500 per site.

Each Trail requires a weather-resistant interpretive sign ($900) be placed at the trailhead to describe the monitoring project, explain how visitors can participate, and to raise awareness of environmental change. Throughout each trail, 15 permanent markers ($400) will identify each plant being monitored and ensure accuracy in citizen data collection. An addition $200 provides training and other start up materials, including physical observation protocols, photo guides, and more, for site leaders and citizen scientist volunteers.

The Indiana Phenology Project is an exemplary Local Phenology Program led by Amanda Wanlass, a Certified Local Phenology Leader. Amanda has done a terrific job thinking deeply about the need for such a research project and how it can meet the goals of partners in Indiana. She and her volunteers are organized and efficient, and committed to gathering data to better understand how Indiana's species are responding to climate change. Their newsletter is informative and celebrates and appreciates the work of volunteers. I'm pleased to offer support! 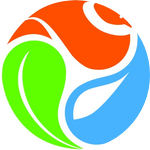 We are currently working with multiple partners to identify potential sites. Trail and species selections will be finalized by February 1. The installation of permanent signage will be complete by March 15. Partners are tasked with completing training by the end of March with observations beginning April 1. Weekly observations on each trail will continue for no less than three years with access to ongoing assistance and training for leadership. Findings will be shared monthly in our newsletter.

Select sites and species to observe

Wrap up first season of observations at new sites 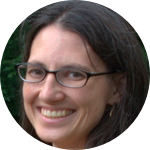 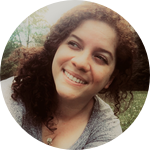 Indiana Phenology is building a robust database of accessible local phenological observations for researchers, the public, and decision-makers. We have 64 dedicated volunteers at 48 sites across the state observing over 150 plant species and more than 70 animal species. Our 3 board members and 2 interns ensure the health, growth, and responsible administration of programs. Our growing list of community partners includes universities, state agencies, parks, K-12 schools, and nonprofits.

Amanda Wanlass, like any true scientist, specializes in asking questions.

Her curiosity of the world led her on an academic quest that resulted in the obtaining of four degrees; two Bachelor of Science degrees (Chemistry, Philosophy) and two master’s degrees (Environmental Science, Public Affairs).

During her master’s program, she served on the founding Board of Bloomington Community Orchard. In addition to witnessing first-hand the power of collaboration to make change, she was captivated by the life cycles of trees and suddenly brimful of questions about them. She wondered when the flowers would bloom, when the fruit would be ripe, when the leaves would change and under what environmental conditions. A dream started to form of a community of citizen scientists diligently documenting when the leaves, flowers and fruits would appear.

It wasn’t until four years later that Amanda stumbled upon the term ‘phenology’ on a Facebook post about the variance in the arrival of spring across the country. Of course, she was once again filled with questions! She joined an observation program and took a 10-week course to become certified as a Local Phenology Leader. Then, with the goal of uniting her community to take small actions for big change, Amanda founded Indiana Phenology in 2018.

Amanda is a mother of five and a member of Indiana Native Plant Society Central Chapter. She also has provided photographic and observational contributions to The Great American Indiana Nature Wildflower and Lepidoptera Projects.

AJ grew up in Southwest Florida where she lived, worked, and got married in a wetland. Her passion for conservation and interested in the interconnectedness of living systems is what lead her to concentrate on oceanography and marine ecosystem in her early academic career. In addition to an academic background on plant identification, herpetology, and wetland ecosystems, she work with IUPUI's Student Sustainability Council to develop a long-term plant for community partnerships.

AJ's recreational experiences and education have given her an expansive understanding of the severity of climate change. She's passionate about doing everything in her power to protect future generations and the planet they will depend on for survival.

Currently, she is monitoring three phenology sites in Marion County including a private school, the Statehouse, and her backyard. She has recorded more than 1200 observations since August 2020.