What effect, if any, does the practice of dream work (amplifying and examining the symbols; themes; and emotional content of their own dreams) have on Black women's mental health and well-being? I aim to find out by conducting research with a focus group of up to 30 Black women. This work with participants who are underrepresented as producers of knowledge contributes valuable scholarship that is virtually absent in the field of psychology.

As a depth psychologist and dream educator, I have not found psychological research conducted by and with Black women. We are underrepresented as producers of knowledge in depth psychology in general, and in dream work in particular, which social scientists Polly Young-Eisendrath and Kamesha Spates have pointed out. Theoretical dream research about, but not by, people of African descent does exist, such as Anthony Shafton's work. I want to fill the void and produce scholarship as a facilitator of and participant with Black women in a dream work group, in order to determine what--if any--effect our dream work has on our mental well-being. I eventually want to expand and work with Black women across the country.

During a 2014 symposium hosted by the Los Angeles non-profit organization, Black Women for Wellness, several participants voiced a desire for forums that foster Black women's psychological well-being. Later that year, I was a speaker at their symposium on mental health, discussing "Dream Work: The Forgotten Healing Practice for Women of African Descent." I explained that the practice of examining one's dreams to achieve psychological balance and wholeness began in classical Africa (Ancient Egypt), yet contemporary African Americans generally have not continued the practice. Considering current events and discourse about micro-aggressions endured by Black women, investigating whether or not dream work has an effect on Black women's psychological well-being is timely, worthwhile research.

To address the research question, I will facilitate and participate in a dream work group with Black women once a week for eight weeks, beginning March 2016. At the first session, we will each name one personal issue to be healed or resolved. Over eight weeks, we will keep dream journals, and work together through the dream material (identifying and deconstructing the symbols, themes, and emotional tone of each dream to come to a deeper understanding of what is happening in the dreamers' unconscious, and how it informs her waking life). Each woman will also turn in a weekly evaluation form assessing her experience of the group work. At the final session, each woman will determine if her dream work has affected her psychological experience of the personal issue named at the first meeting.

This budget allows for an 8-week research project of up to 30 women, and rental of a conveniently-located, secure community meeting space in Los Angeles, CA in which to conduct the experiential group dream work. Paperwork, handouts, writing materials and supplies are necessary to execute the work. Participants will receive a modest weekly transportation payment immediately after each meeting, for their efforts. A research assistant will provide necessary support to the researcher for three hours a week over 8 weeks: immediately before, during, and immediately after weekly meetings. The researcher's flat rate over four months includes required work such as designing the study, executing recruitment and registration campaigns, facilitating weekly group meetings over 8 weeks, weekly assessment of information/data from the group, and writing a publishable paper on the research. An open publication fee and funds for unexpected and miscellaneous expenses are also factored into the budget.

I appointed Dr. Johnson a consultant to my organization because of her leadership, initiative, and creative forward thinking. As a skilled dream educator and experiential dream worker, her applied research addresses critical needs by assisting Black women to reach new levels of understanding that can empower them to take charge of their mental well-being and, consequently, to transform their lives and communities. 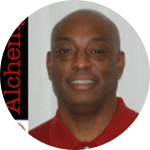 Kwame Scruggs
Founder & Executive Director - Alchemy, Inc.
Pacifica Graduate Institute
For over 17 years we have known and worked with Dr. Johnson and the various ways she has executed impactful scholarly and creative work around trauma, faith, community resilience, and mental health in local and national African American communities. Sisters of Sakhu exemplifies the kind of grounded, innovative work that will continue to serve and benefit her chosen community, as well as the broader public. 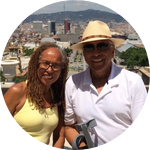 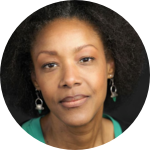 Sakhu is an Ancient Egyptian (Kemetic) term meaning understanding, the illuminator, the eye of the soul, and that which inspires. (Nobles, 1998)

You can see what the process is like to work through dream symbols here.

NOTE: Backers/donors to the project can not be participants in the research.