The largest breeding colony for the South American fur seal in Chile is on remote Guafo Island in northern Patagonia. The population has declined 57% over the last 20 years.
Our previous investigations have shown that pup mortality may be increasing due to infectious disease. A new study looks to analyze how mother and pup fur seals interact to determine why numbers may be declining and help protect this species from the threat of extinction.

The field work of this project is located on Guafo Island in northern Chilean Patagonia. This island is characterized by high biodiversity that includes the biggest breeding colony of South American fur seals on Chilean coasts, a large population of South American sea lions and marine otters, and important feeding areas for a variety of whales. It is well known that sudden changes in prey availability in the ocean can have dramatic effects on seal pup mortality. However, it is not known if subtle changes such as maternal feeding behavior can adversely affect population health.

The effect of fisheries or environmental change on marine mammals can be subtle and hard to measure, but it is considered that for most seal populations, these are the major threats for their conservation. The crucial information that we will generate can provide a missing link between environmental disturbance (fisheries or climate) and animal health. We can help pave the way for timely evaluation of the impact of environmental disturbances on top predators (fur seals) not just in Chile, but in other marine ecosystems of the world. We also want to understand how weather may impact seals, as this year is a predicted El Nino climate pattern.

By using tools from ecology and immunology, we have an unprecedented opportunity to understand the effects of maternal diet on offspring survival in the fur seal population, such as:

Understanding fur seal behavior will rely heavily on your generous donations. Satellite tagging and sampling is crucial to understanding the health and ecology of this species. The field season will begin in December 2014.

All of these items will be used to collect crucial data about the health of the species. The items we will purchase with your donations will go towards instruments that will be involved directly with handling the seals, such as tagging and sampling supplies, or scales and tripods for measuring weights and lengths. If we exceed our goal of 5,000 dollars, we may be able to afford expensive GPS satellite tags.

How you can help!!

If you donate over 50 dollars:
We will send you a signed 8"x10" print of a wild fur seal taken by a scientist in the field. (Limited to the U.S., International $70 donation due to shipping)

If you donate over 100 dollars:
Option 1: We will allow you to "adopt" a fur seal pup or adult used in our study. This will include an individualized 8"x10" photo of a fur seal that you can name. It will also include a short description about when it was born and basic data, such as weight, length, sex, growing rate, health status and natural history facts.
or Option 2: We will send you a custom T-shirt that has a fur seal design from artist Doug Ross below: 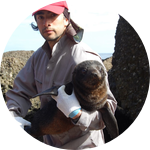 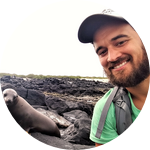 Meet Mauricio - I'm a Veterinarian from Southern Chile. I came to the United States as part of the Fulbright program to pursue a residency and PhD in veterinary pathology. Since 2007 I have been working with a multidisciplinary group of Chilean researchers at Guafo Island, in the northern Pacific Patagonia. We have performed studies to know the population health of South American fur seals, a species that is declining in the Pacific Ocean for unknown reasons.

Meet Geno - In the US I met my good friend Geno DeRango, a specialist in marine mammal response at The Marine Mammal Center in Sausalito, CA. With his help in the field we have been able to obtain important data that suggest that the diet of the fur seals has profound effects on the health of the pups and could be affecting the growth of the population. At this point we have reached a critical point in our long term investigation being close to elucidate the reasons of the decline and the actions needed to protect them.

I am currently a postdoctoral researcher studying the behavior of elephant seals through the University of California Santa Cruz. I recently completed my PhD through Bielefeld University, where our group, in collaboration with the Galapagos National Park, studied individual Galapagos sea lions. This work involved intensive long-term studies where we followed local populations of sea lions to quantify birth rates, behavior, and the success of individuals. On a personal level, I'm a transplant from the Midwest United States who left the big cities and cornfields to work with wild marine mammals as part of the stranding networks in both Alaska and California. My fortunate experiences have allowed me to work with a number of talented and dedicated marine biologists and veterinarians. I've become hooked on the ocean and vertebrates that live within it. My interests involve pinniped ecology and conservation, with focus on how stressors can impact their physiology and health. Sea lions are personal favorites as they typically live in remote areas that can be exciting to travel to. Although I enjoy working with individual animals, my goal is to provide physiological data that can help manage conservation efforts for whole species and marine ecosystems.

4 Lab Notes Posted
Start writing...
Our fur seal shirt design is in!
Almost half way there!

The link below includes a short documentary video about Guafo Island:
Vimeo Documentary (in spanish)

The photos below were taken during field work on Guafo Island. A fur seal pup rests comfortably in a bag awaiting the researchers.

Members of our team working with the pups to mark and locate them. 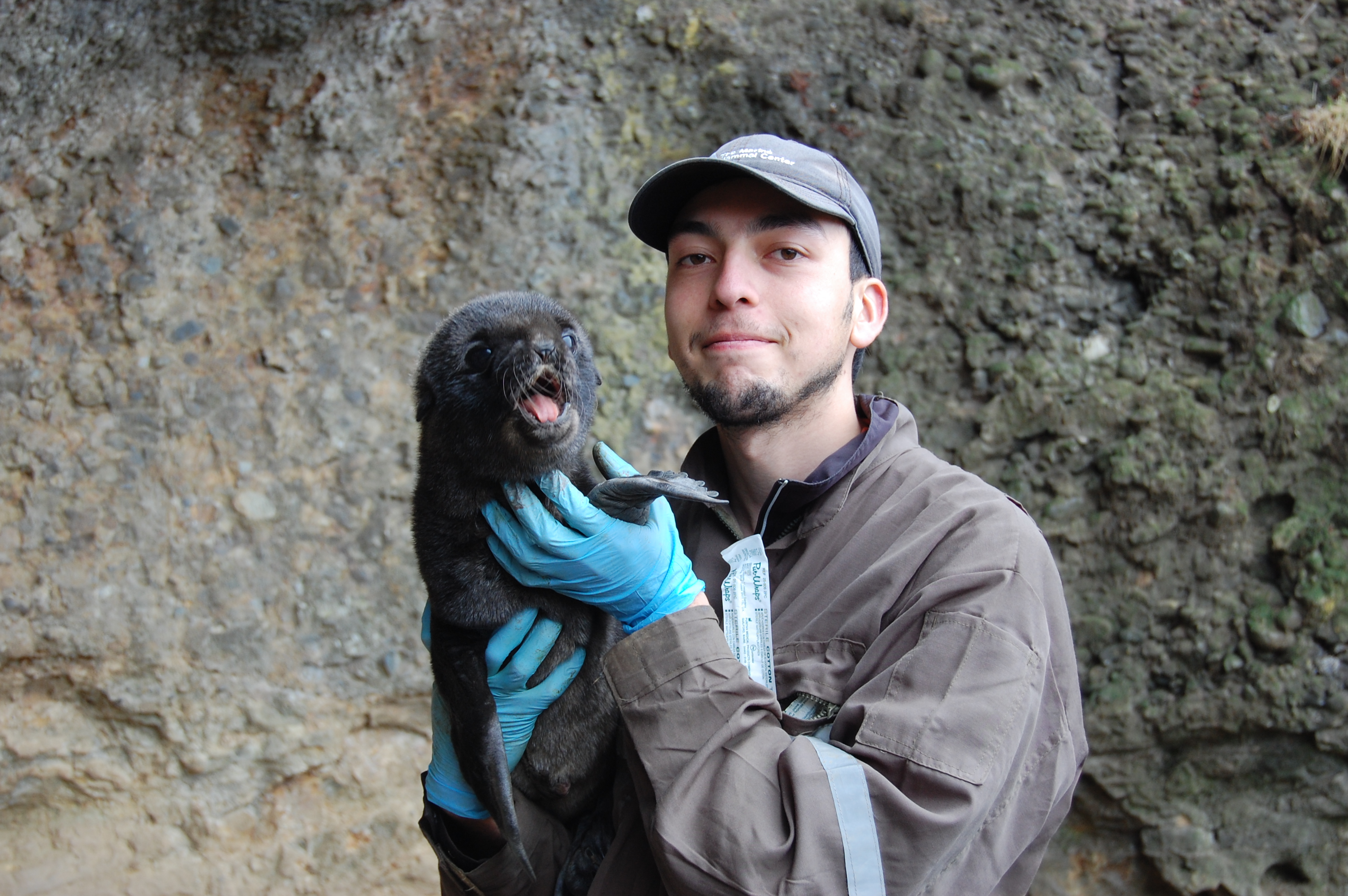 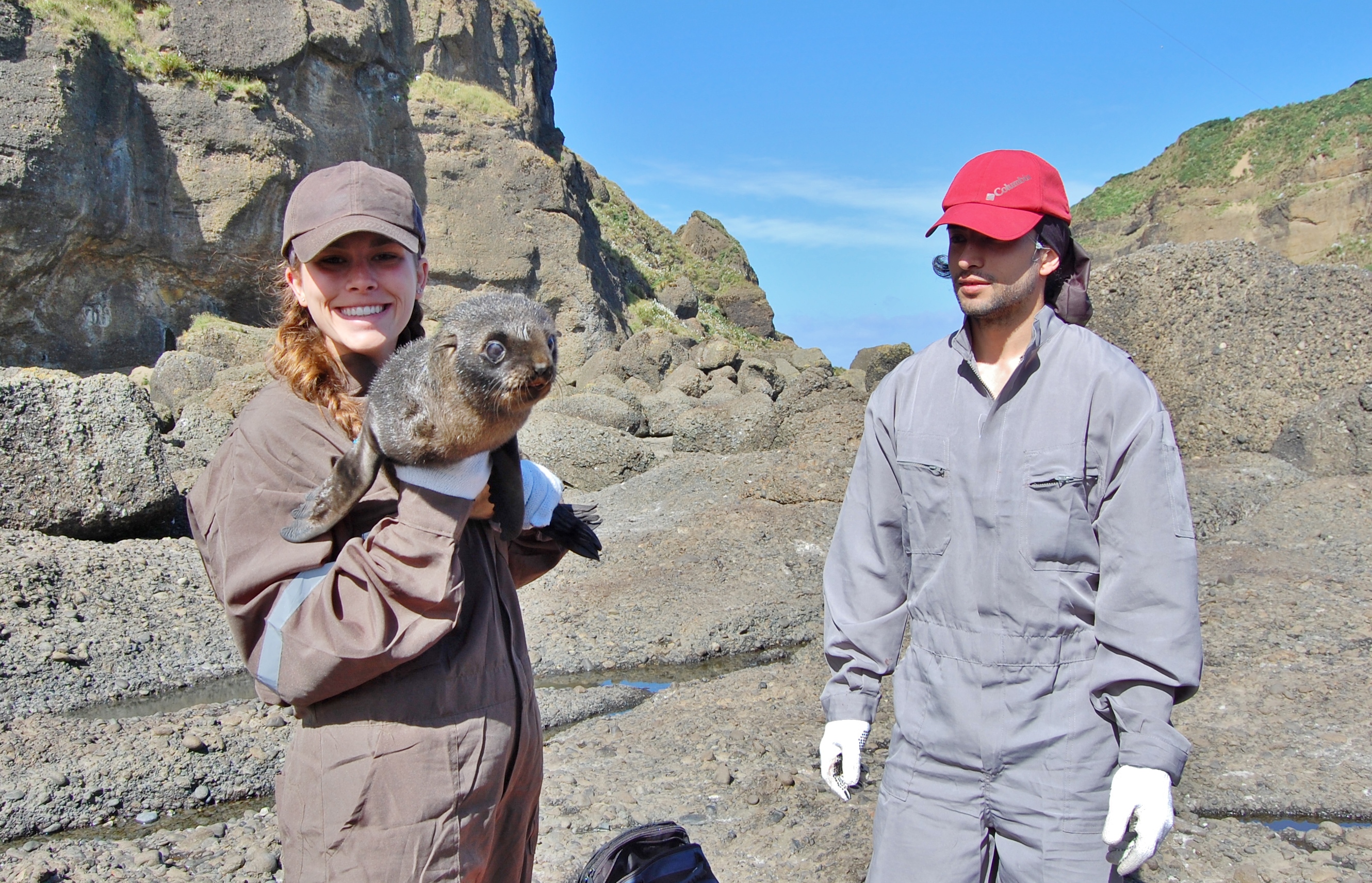 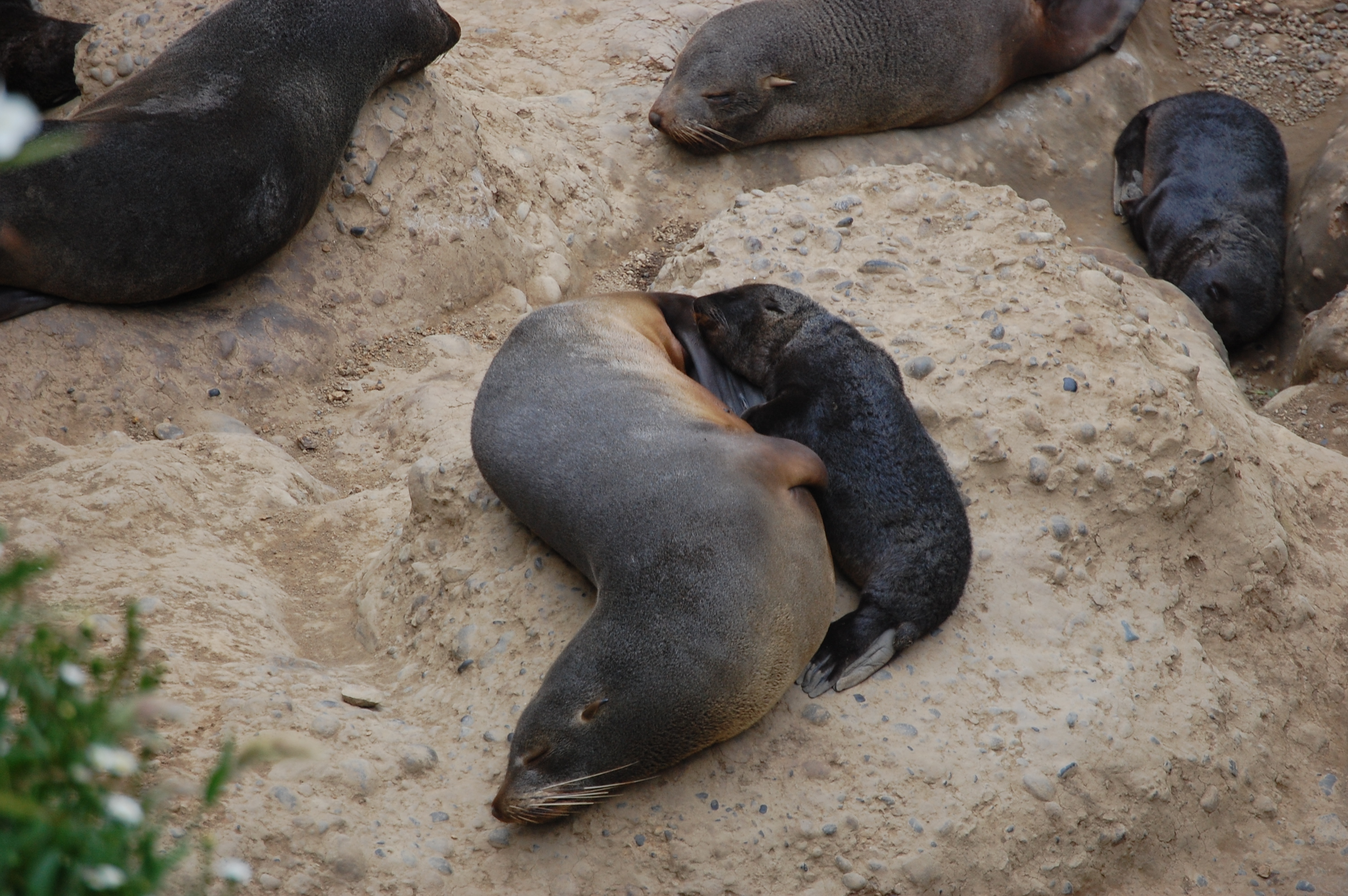 A group of females going off to forage after nursing their pups. 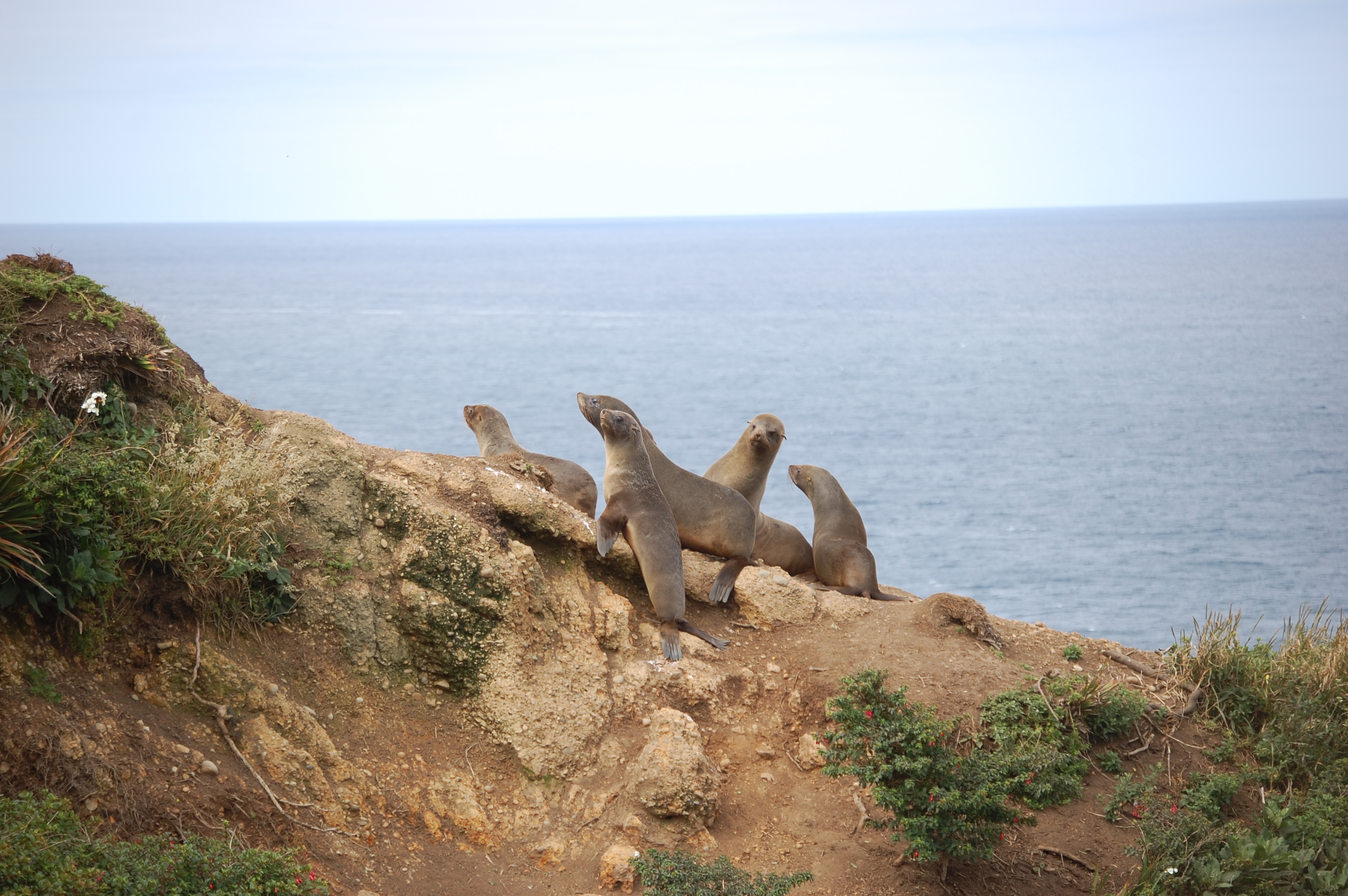 The design below is the shirt that is available for those that back our project. There will be many sizes in Men and Women to choose from. 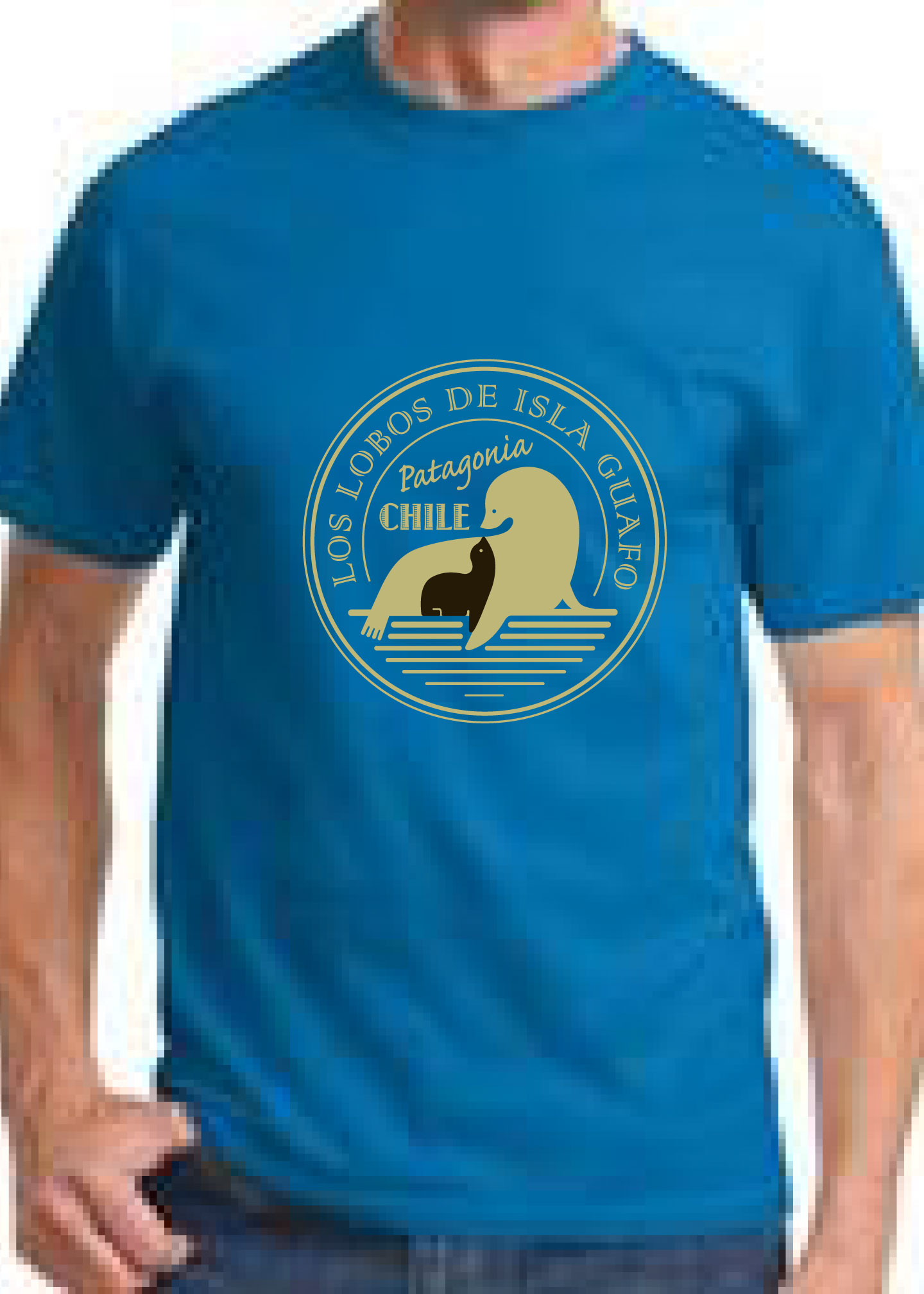 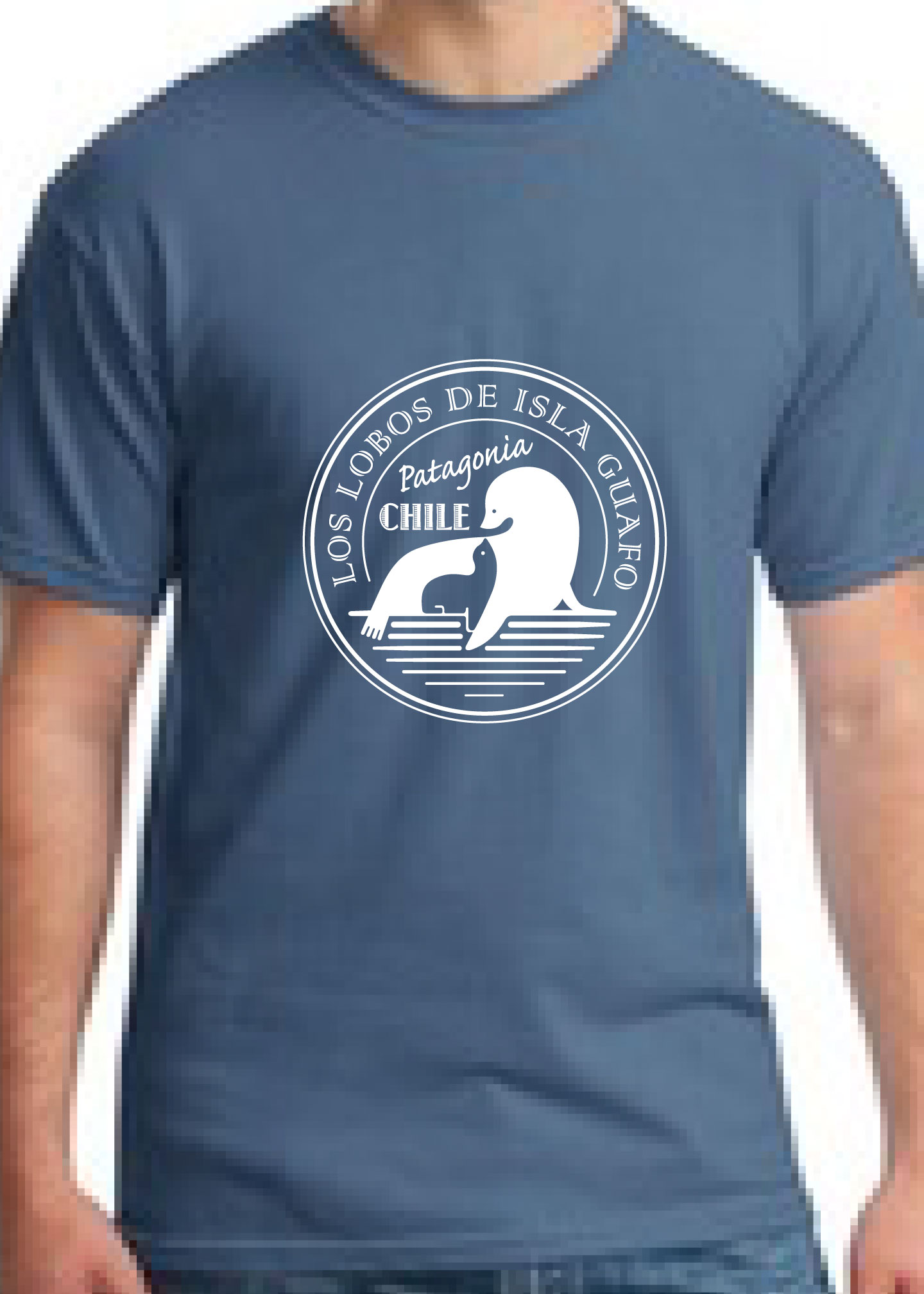