Te Vaa Mataeinaa - Tahitian for Watersheds - are critical to providing drinking water for people, nurturing forests and wildlife, and irrigating crops and livestock on the volcanic island of Moorea. However, watershed research on Moorea is lacking. Our team will longitudinally sample waterways on the island to provide high quality data for land management and pollution mitigation strategies for the whole island.

Moorea island in French Polynesia consists of high volcanic valleys that have been populated for centuries, using healthy waterways to support human life, animal life, and agriculture. With the introduction of imported pesticides and land mis/management, river and waterways have resulted in high levels of turbidity and chemical run-off which leads to phytoplankton and coral suffocation in the lagoon.

Turbidity and chemical run-off in river ways threaten clean drinking water and soil pollution. Coral suffocation results in a decreased food supply for fish and phytoplankton has caused algal blooms which poison fish, both which affect an important food source for the population of Moorea.

Water in an island context is very important because it is a finite resource limited to rainfall, groundwater and rivers as the only sources to support all life on the island. These water sources need to be well-managed and pollution-free for the importance of a healthy watershed ecosystem used for drinking water, agricultural purposes and the health of the lagoon which receives the water from the river.
Toxic waterways are poisoning human, agricultural and fish life, but at rates currently unknown.
Watersheds on Moorea are heavily affected by soil and pesticide run-off from pineapple farms in 'Opunohu Valley, Moorea, which leads to coral suffocation and a decreased food supply for fish.

This project will use 60 samples/1 month over 12 months to understand water quality in five major rivers in Moorea. One river from each district will be monitored.
The water test kits will measure dissolved oxygen, salinity, temperature, depth, pH, chlorophyll concentration, turbidity, and dissolved nutrients. These data will be analyzed and summarized to provide local governments with information about biotic, abiotic, and anthropogenic sources of variance in water quality.

The data analysis will then result in recommendations of agricultural and habitation zoning for land use policy in the local government of Moorea, changing land zoning to result in less pesticide run-off to rivers and lagoons.

Over one year, the team will collect 6 water samples from 5 major river in Moorea twice a month. This will result in 30 water samples for each excursion, and 60 water samples each month.
Budget items include bi-monthly car transportation to the 5 rivers in Moorea, covering cost of gas for each trip ($40); 3 Water Test Kits which will help to test the temperature, salinity, dissolved oxygen, pH, chlorophyll; food while conducting experiments; storage of data into open access databases; and communication of the findings on social media, in public forums and in mid-way and final reports.

This project is amazing and very well thought out. Vehia is a reputable business woman and colleague. I'm very happy to endorse. 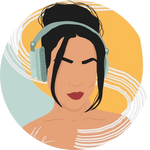 Buying and securing all materials needed for research

3-month mark - Communication efforts to public about research, and how they participate or help to reduce toxics from entering the local waterways

9-month mark - Communication efforts to public about research, and how they participate or help to reduce toxics from entering the local waterways 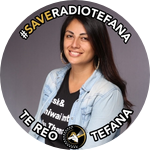