The aim of this project is to discover how Vespa Amino Acid Mixture (VAAM), a metabolic accelerant, impacts cellular repair mechanisms. Previous studies have shown that VAAM can effectively give insects super-powers, but also seems to “burn them out” and dramatically shorten their life. Help us look at how VAAM impacts cellular repair mechanisms, with the aim of both discovering why it leads to an early grave and with the hope of preventing the negative consequences while maximizing endurance!

VAAM is a chemical mixture produced by Japanese giant hornets which has been shown to increase their endurance during long flights. Research in our laboratory has shown that it accelerates the activity of the mitochondrial electron transport chain, the powerhouse of the cell. Our studies have shown that VAAM treatment in house flies results in an impressive 276% increase in physical endurance. Though these results are impressive, they come at a BIG cost – massively increased mortality. In test after test VAAM has been shown to increase mortality rates by over 60%, and to cut lifespans in half or more! We are currently studying how VAAM might affect the cell itself, specifically investigating whether or not it damages DNA or alters markers of cell repair.

People spend billions of dollars every year on nutritional supplements, energy drinks and pills that promise to boost performance without delivering. VAAM and other natural compounds like it show great promise for actually improving metabolic function, providing extra energy, and increasing endurance. But their cost seems to be equally great: rapid aging and cellular degeneration. By further exploring the impact of VAAM on cellular repair and aging factors such as telomerase and heat-shock proteins we can come to a better understanding of how VAAM actually works and why it’s so costly. We will also expand our understanding of the basic interactions between metabolism, activity and aging.

The specific goals of this project are to: a) measure the impact of VAAM on molecular markers of cell repair and aging, and b) to study the impact of other modulating factors such as cold, anesthesia and growth-regulating hormones, on the effects of VAAM with the hope that we can find a method to decrease the negative consequences of VAAM exposure.

To understand how VAAM directly impacts cellular repair and aging we’ll need to quantitatively assay several of proteins. We’ve decided to specifically target telomerase, a protein associated with DNA repair and cellular gaining and heat-shock protein 27, a chaperone protein known to be improve cellular survival and decrease cellular mortality. By measuring the amounts of these proteins in control and VAAM-treated house flies we’ll be able to gauge how VAAM treatment might directly impact cell health. We’ll also be measuring these same hormones in flies treated with a methoprene, a hormone that decreases cell death rates and encourages growth, either with or without VAAM, to see how it might impact these rates and overall fly health/lifespan.

I am very excited for this project as it will further enhance knowledge about VAAM and its mechanisms. So far, the VAAM research team at Radford University has made great leaps towards discovering the effects of VAAM. This team has had nothing but success, and I am sure they will prosper again. 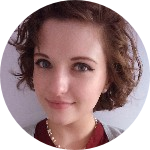 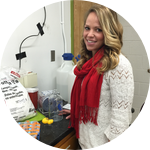 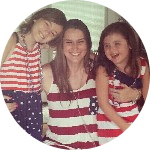 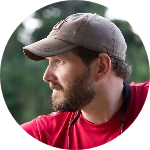 Caitlin Linville is an undergraduate researcher who has been studying under Dr. Jason Davis at Radford University since the Fall of 2013. With the assistance of Dr. Davis, Linville's research on Vespa Amino Acid Mixture has been presented along with co-author Mandeep Kaur at the Society for Integrative and Comparative Biology, 2015 and 2016.

Chelsea Rasnic is a senior biology student at Radford University studying pre-med. She has been involved with research under Dr. Jason Davis for several years and will be attending Medical School after graduation.

Elizabeth Grandy is an upperclassman biology student and researcher at Radford University.

Jason Davis has been excitedly researching the evolution of physiological trade-offs in various animal species for about 17 years. After receiving his PhD at Emory University studying the role of hormones on primate stress responses, he conducted research on the physiology of invasive high-altitude songbirds at the University of Washington and University of California, Davis. Since coming to Radford in 2009, he's been lucky enough to conduct a variety of studies on insect growth and reproductive physiology, and even more lucky in that he's been able work with fantastically gifted undergraduate researchers like Caitlin, Chelsea and Elizabeth.

2 Lab Notes Posted
Let's see what VAAM can really do!
VAAM....what is it?