The extinction of non-avian dinosaurs 66 million years ago paved the way for the "Age of Mammals", but the vast majority of fossils from this period come from northern continents. In this project, we will intensively explore new fossil sites in Northwest Argentina, where we have recently discovered dinosaur, crocodile, and other fossils from this period. These fossils will provide critical new data on one of the key events shaping the modern world.

The Cretaceous/Paleogene mass extinction produced a massive shift in global biodiversity 66 million years ago, ending the dominance of non-avian dinosaurs and paving the way for the "Age of Mammals". A great deal of effort has been invested in understanding this event, but a major issue is a fossil record that is highly biased towards Northern continents. This highly skewed sampling makes it difficult to isolate local or regional effects from global patterns and likely masks greater complexity of the causes and consequences of one of the most important events to shape the modern biota. Of the Southern continents, South America has produced some of the most stunning fossils, ranging from gigantic titanosaur dinosaurs to dozens of unusual mammals, but vast areas remain unexplored.

Despite the exceptional successes of fieldwork in Central and Southern Argentina, there has been comparatively little attention paid to the extensive Cretaceous and Palaeogene outcrops of the Salta Basin in northwestern Argentina. In 2015 and 2016, we undertook two short prospecting expeditions to Salta Province to investigate localities for further study, focusing in particular on Late Cretaceous beds. Our fieldtrips identified new extensive and highly fossiliferous Late Cretaceous and early Paleogene sites that span the mass extinction. With the data we will collect from intensive collection and study of fossils from these areas, we will add valuable new information on vertebrate diversity leading up to, during, and after this major event in the history of life.

Our preliminary explorations covered a small area of these sites, but recovered well-preserved bones representing dinosaur, crocodile, turtle, and fish specimens, demonstrating the high potential of these units for focused investigation. Thus far, we have been limited to superficial surveys of the beds close to access points (e.g., roadside or along dry riverbed), as our initial explorations were focused on identifying promising sites. In this project, we will conduct intensive fieldwork targeting these new fossil-rich Cretaceous-Palaeogene units. We will gather macrofossils and sediment for screenwashing of microfossils. We will also collect and analyse rock samples to precisely date these fossils and locate the Cretaceous-Palaeogene boundary.

The field area that we have discovered is vast, with hundreds of continuous square miles of exposures of fossil-bearing rocks that include the period immediately before, during and after the last mass extinction. In our preliminary expeditions, we were able to cover only a tiny portion of these exposures near roads, barely scratching the surface of this stunning field area. Our initial explorations were supported by a research grant and allowed us to take a small team to identify areas rich in fossils. The funds raised here will allow us to return with an expanded team to intensively study this huge area and discover and excavate many more fossils. These funds will also allow us to take a skilled preparator for extracting large fossils and, with a larger team, we can collect and screenwash sediment for the discovery of "microfossils", resulting in a more accurate understanding of the mass extinction and its causes and consequences.

Fossils from the Southern Hemisphere are critical to understand the global extinction of dinosaurs and evolution at the beginning of the age of mammals. This important project should surely deliver significant discoveries. The track record of the scientists involved is excellent. 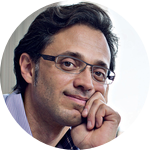 Marcelo Sánchez-Villagra
Professor of Palaeobiology
University of Zurich
The mass extinction at the end of the Cretaceous Period, which marked the decline of dinosaurs and the rise of mammals, was a global phenomenon, but our understanding of this event is based largely on evidence from North America. This novel and exciting project will broaden our perspective, shedding much needed light on the tempo and pattern of extinction in the southern hemisphere. The experienced and dynamic team behind this work is uniquely qualified to bring this important work to fruition. 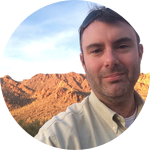 Paul M. Barrett
Professor and Merit Researcher
Natural History Museum, London
This project is likely to reveal major insights into the evolution of Mesozoic and more modern animals and may be a total game-changer in terms of revealing how the end-Cretaceous extinction happened on a global scale. Even with my calm, sober scientist hat on, I am very excited to see where this research leads. The team is immensely qualified to do this study. It deserves our enthusiastic support! 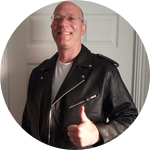 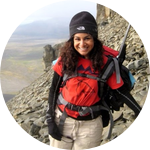 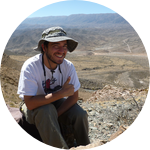 I grew up in a city surrounded by rich fossiliferous Pleistocene outcrops near to Buenos Aires, so my passion for paleontology goes back to my childhood time. In fact, I started to work in La Plata Museum at 12 working on technical lab, and I have been passionate about Cretaceous fossil reptiles since my first discovery in Patagonia 20 years ago.

I received my Bachelor of Science degree in Biology and a Ph.D. in Natural Sciences from the University of La Plata. My primary paleontological interests lie in the evolution of snakes. After my move to NW Argentina, a region with beautiful exposures of Cretaceous and Paleogene bedrocks, I've also developed interests in other vertebrates.

I am currently a researcher in the CONICET Instituto de Bio y Geociencias del Noroeste Argentino (IBIGEO), based near Salta in Northwest Argentina. I have led and participated in numerous expeditions across Argentina and neighbouring countries and have authored over 25 publications on topics from Cretaceous dinosaurs to ancient DNA of recently extinct relatives of armadillos.

In addition to discovering and describing these new fossils, we will use the new data from these expeditions to test whether patterns of diversity leading up to and crossing the K/Pg boundary are similar in northern and southern continents and begin to more rigorously assess contentious and regionally-biased hypotheses on the drivers and aftermath of the last mass extinction. We will also produce field blogs and videos to maximize public outreach and communication on the progress of our expedition.