The gender productivity gap is widespread and it entails severe implications for gender equality, especially in developing countries. Women's mental load, the management underlying household activities, is an important but neglected psychological aspect that risks widening this gap. This experiment wants to assess the impact of mental load on labor productivity in Kenya, controlling for attentional constraints as a leading mechanism.

The gender productivity gap is particularly pronounced in developing countries, and it represents a major barrier for the achievement of gender equality and for women’s empowerment more broadly.

Despite evidence showing that lower cognitive abilities negatively affect labor productivity and earnings, little attention has been paid to the gendered dimension of the problem. Women risk being more disadvantaged than men because of mental load, the total sum of responsibilities related to the management of household activities.

The project will fill these gaps in the literature by analyzing the gender-differentiated impact of mental load on cognitive abilities and labor productivity in developing countries.

Mental load represents just the tip of the iceberg of the psychological dimension of gender (in)equality. While mental load risks entailing a series of negative effects, it is not the only psychological factor that can contribute to widening gender inequalities worldwide. For instance, women are more likely than men to suffer from depression, which can then affect economic outcomes such as labor supply and employment, or saving and investment decisions. Especially in developing countries, researchers do not pay sufficient attention to these psychological dimensions. This study will address this problem by causally identifying a possible psychological pathway that can have negative gendered economic impacts.

The main hypothesis of the study is that mental load can make it harder for women to focus on other factors than pressing daily needs and concerns about household management. Consequently, their attention, a limited cognitive resource, can decrease in the workplace, thus reducing their productivity.

To test this hypothesis I propose a lab-in-the-field experiment in which the participants in the treatment group will be exposed to a scenario inducing thoughts about household chores, and then they will be asked to perform an effort task.

If the results are confirmed, this would imply that women’s cognitive capacities and labor productivity may be negatively taxed by mental load, thus shedding light on an important but neglected dimension of gender inequality.

The experiment is partly funded by Bocconi University and by the University of Florence. The current budget does not cover the expenses of two essential aspects of the study: the pilot test and the IRB application in Kenya.

An essential dimension of the study is the pilot test, which allows for checking and for solving any potential problem that may arise during the experiment. As of now, the current funding I have does not allow me to run a pilot test before the experiment starts. The estimated 2000$ will pay the enumerators for one day, as well as their transport and allowances. Then, they will cover the expenses for participants' earning and their transports reimbursement, as well as the pilot administrative fee for 20 respondents (600$).

The additional estimated 1,000$ will go for the IRB Application, which is particularly expensive in Kenya. Without the IRB approval, it will not be possible to conduct the experiment and to collect the data for the study.

I believe this project will be crucial in understanding the role of the mental load women bear on their cognitive capacity, and therefore on a range of socio-economic outcomes. This is especially important in developing economies, where issues related to mental health have long been neglected, and where women bear the bulk of household responsibilities. I believe Sveva is a brilliant scholar in the making who can achieve important results and contribute to our understanding of these critical issues. 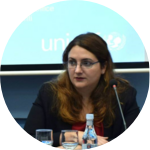 The experiment will be conducted in Kenya by March 2022. In the next months, I will be working as a visiting student at Wageningen University (The Netherlands) to finalize the design of the experiment before going to the field. The data collection should take about a month, depending on the final sample of participants. The schedule for preparing the first draft is May 2022 with a fully revised version by September 2022.

Travel to Kenya to collect the data 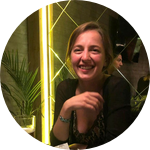 Sveva is a Ph.D. student in Development Economics at the University of Florence. She has a bachelor's in Economics from the University of Roma Tre and a Master's in Economic Expertise of Development Policies and Programs from the University of Paris 1 Panthéon Sorbonne. Before starting her Ph.D., she worked as a research assistant at the International Security and Development Center in Berlin and at Rosario University, in Bogotà. She then worked as a consultant for the International Food Policy Research Institute. Her research interests include experimental economics, cultural economics, and feminist economics with a special focus on developing countries.

1 Lab Notes Posted
IRB Approval from the University of Florence