Species with restricted distributions and occur at higher elevations are most prone to extinction. This project will investigate how climate and habitat change may impact on lizards with restricted distributions in Ecuador. Understanding how populations may change through time will enable us to put measures in place to help conserve species. The project will provide locals with the skills to assess and monitor reptile populations within the Santa Lucia Reserve.

The project will be conducted in the Santa Lucia Reserve in northwest Ecuador, home to one lizard species (Riama yumborum) that is only found within the Santa Lucia reserve ( and one lizard species ((R. oculata) with a highly restricted distribution. Riama yumborum was discovered by the team leading this project but its biology is still poorly documented. The endangered R. oculata has been found to lay eggs in large communal nests with >300 eggs (unpub. data). Since other Riama species have been found to lay a small number of eggs, this communal nest is likely to represent a major breeding ground for these lizards. These breeding grounds are vitally important for these lizards and changes to habitat and climate will impact on them.

Both Riama oculata and the newly described R. yumborum have extremely restricted distributions and gathering important data on breeding behaviour and population sizes can aid in the preservation of these species and also other enigmatic vertebrates and invertebrates that inhabit the cloud forests in northwest Ecuador.

Understanding the microhabitats that the communal nests of R. oculata and possibly R. yumborum occur in can help us predict the effect that climate and habitat change will have on the biodiversity of the area.

The project will also train and empower locals from the nearby community in ecological and conservation methods, which is vitally important for the conservation of the areas surrounding the reserve and the species that inhabit it.

> Gather important and novel information on the ecology, breeding biology, and population dynamics of the lizard species Riama oculata and R. yumborum.

It will enable us to predict how future environmental and climatic change will impact on the lizards. As much data on the natural histories of these species will be gathered. For example, the discovery of prehensile (grasping) tails in R. oculata (by the team) could mean that it is not only restricted to the ground.

> Train and empower locals from the Santa Lucia Reserve to effectively gather data and monitor populations of lizards and other reptiles.

This will not only provide locals with the knowledge and expertise to research and conserve their environment but also as a long term strategy for conservation.

The budget will allow us to survey the two lizard species within the Santa Lucia Cloud Forest Reserve, Ecuador and empower and train locals in appropriate and effective surveying and monitoring techniques for reptiles and amphibians. The project will also help us to ascertain how the two species and other species may be impacted by environmental and climate change and help to set up conservation action plans.

Simon and his team have many years experience in the tropics. Between them I am confident they will work hard and deliver successful results for this important work. Please support them as funding opportunities for specialist tropical science are sadly scarce and it only takes a little to go a long way for this project. 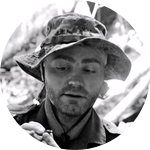 Todd Lewis
Dr
Indepenent
I am happy to endorse Dr. Maddock and his team for this project. Having worked alongside Simon both in the field and lab, I can vouch for his expertise, professional approach, and ability to achieve the desired outcomes. The project itself is of critical importance, not only to the enigmatic focal species, but also in the general effects of climatic change and habitat loss/alteration faced by reptiles and amphibians globally. 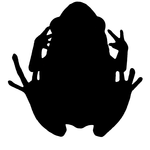 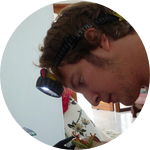 I have been carrying out reptile and amphibian research within the Santa Lucia Cloud Forest Reserve since 2008 and I have had the privilege of publishing several research papers from work carried out within the reserve (see https://www.researchgate.net/profile/Simon_Maddock/contributions). These scientific reports include a new species discovery (Riama yumborum). I have also found new behaviours and previously unknown natural history information for members of the genus Riama.

I am currently a lecturer at Reaseheath College, UK and a Scientific Associate of the Natural History Museum, London. My main research interests are the ecology, conservation, taxonomy and evolution of reptiles and amphibians.